The Bitcoin, the Silk Road, and the FBI 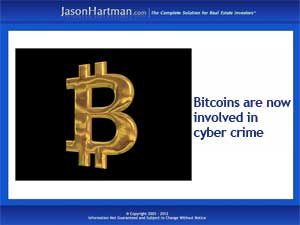 How did the FBI end up with over $3 million in Bitcoins? How did the virtual currency become the medium of choice for transactions on the cybernarcotics site Silk Road? And more important, perhaps – why should we care? The saga of the world’s first digital money continues with the Bitcoin’s first known foray into the world of online crime.

Not long ago, the FBI arrested the alleged owner of Silk Road, Ross William Ulbricht, who went by the name “Dread Pirate Roberts” in running a website that’s estimated to have conducted around 9.5 million Bitcoins worth of sales in illegal substances. In shutting the site down, the FBI ended up seizing $3.6 million of the digital currency, which it still holds.

It’s not clear what the FBI is going to do with the confiscated Bitcoins – use them, liquidate them on the Bitcoin marketplace, or hang on to them. But there’s a cap on the total number of Bitcoins that can exist – 21 million. And the agency’s seizure of Silk Road’s Bitcoin assets takes a bite out of that. The result: a drop in Bitcoin stock values and also in the value of the coins themselves.

Bitcoins are free-floating entirely digital currency, unattached to any bank, and available either by purchase or by “mining” – solving a series of complex computer tasks to generate more. They’re becoming more and more widely used in online marketplaces of all kinds, and even offline ones, as the recent birth of the first “Bitcoin baby” highlighted a California fertility doctor’s willingness to accept them in payment for his services.

Now, though, the very essence of the Bitcoin – its anonymous, easy use for any online transactions that two parties agree to – is being investigated. Following the Silk Road incident, Bitcoin users panicked, fearing that their online transactions could be traced through the digital “footprint” left by their Bitcoins.

That’s a concern shared by the FBI and Department of Homeland Security. Both agencies had concerns about the increasing use of Bitcoins in illegal commerce and money laundering. In response to the growing use of the coins and their expanding influence in the digital marketplace, lawmakers wanted to know how Homeland Security and the FBI planned to deal with their use. And those concerns about the criminal applications of the Bitcoin played a role in the Silk Road investigation.

Whatever the FBI chooses to do with its new stash of Bitcoins, the Silk Road affair marks another milestone in the digital currency’s journey toward becoming a viable rival to traditional money. Bitcoins are apparently here to stay, and the role they continue to play in the digital marketplace –and the economy overall – makes them worth watching for investors taking Jason Hartman’s advice to stay informed and educated.  (Top image:Flickr/cooperweb)

Bitcoins: Money for the Masses?
The Bitcoin Baby and Bill Bernanke: Digital Currency’s Dark Side