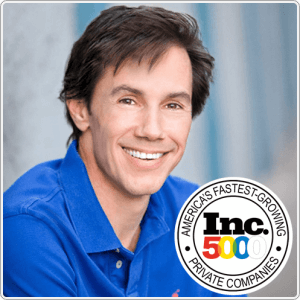 Jason Hartman® has been involved in several thousand real estate transactions and has owned income properties in 11 states and 17 cities. His companies help people achieve The American Dream of financial freedom by purchasing income property in prudent markets nationwide. Jason’s Complete Solution for Real Estate Investors™ is a comprehensive system providing real estate investors with education, research, resources and technology to deal with all areas of their income property investment needs.

The United States offers nearly 400 distinct and diverse markets while most media pundits characterize the “housing market” as if it were a single entity. We realize they do this to cram a cogent comment into a simple sound bite. Real estate cannot be described that simply. It’s just not accurate. There is NO such thing as a United States real estate market. However, there IS an Atlanta, Georgia or a Dallas, Texas real estate market. To that end, we scour the entire country with an “Area Agnostic™” approach and select the most suitable and sensible markets to recommend to our investors so they don’t waste countless hours doing it themselves.

Through our podcasts, educational events, referrals, mentoring and software to track your investments, investors can easily locate, finance and purchase properties in these exceptional markets with confidence and peace of mind. Visit www.JasonHartman.com and one of our investment counselors will provide your free portfolio makeover. We are here to help!

WHAT OTHERS ARE SAYING

Jason Hartman® is the Founder and CEO of The Hartman Media Company and The Jason Hartman Foundation.  Starting with very little, Jason, while still in college at the age of 19, embarked on a career in real  estate while brokering properties for clients, he was investing in his own portfolio along the way. Through creativity, persistence and hard work, he soon joined the ranks of the top one-percent of Realtors in the U.S. and in quick succession; earned a number of prestigious industry awards and became a young multi-millionaire.

Jason purchased an Irvine, California real estate brokerage firm which he expanded dramatically and was later acquired by Coldwell Banker. He combined his dedication and business talents to become a successful entrepreneur, public speaker, author, and media personality. Over the years he developed his Complete Solution for Real Estate Investors™ where his innovative firm educates and assists investors in acquiring prudent investments nationwide for their portfolio. Jason’s highly sought after educational events, speaking engagements, and his ultra-hot “Creating Wealth Podcast” inspire and empower hundreds of thousands of people in 164 countries worldwide.

While running his successful real estate and media businesses, Jason also believes that giving back to the community plays an important role in building strong personal relationships. He established The Jason Hartman Foundation in 2005 to provide financial literacy education to young adults providing the all important real world skills not taught in school which are the key to the financial stability and success of future generations. We’re in a global monetary crisis caused by decades of misguided policies and the cycle of financial dependence has to be broken, literacy and self-reliance are a good start. Contact us at www.JasonHartman.com or 714-820-4200.

Looking for Jason’s brand assets? We’re happy to have you use them. 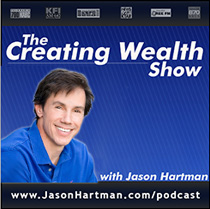 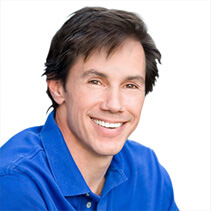