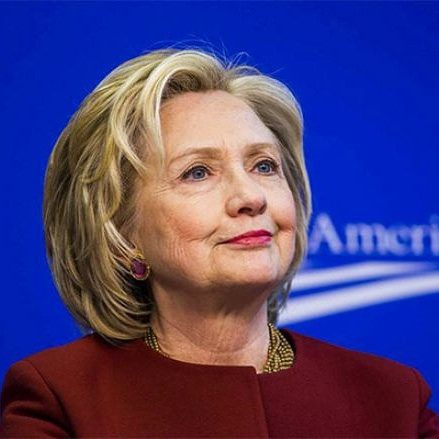 For episode 635, Jason Hartman is joined by Edward Klein, the former foreign editor of Newsweek and editor-in-chief of the New York Times magazine. He’s a contributor to Vanity Fair and Parade, author of the number one New York Times bestselling books, The Amateur Barack Obama in the White House, the truth about Hillary, what she knew, when she knew it and how far she will go to become president. And the new books, Unlikable: the Problem With Hillary and Blood Feud: The Clintons vs. The Obamas.

Before introducing Edward Klein, Jason talks about the Venture Alliance’s trip to Dubai.

Dubai at a glance

The Venture Alliance members stayed at the JW Marriot Marque Hotel. It’s twin towers that jet up 70 stories and it’s the tallest hotel in the world. The group  visited the burj khalifa and burj mean tower, the tallest building in the world. But it’s only going to be so anther couple of years because Saudi Arabia is going to outdo it by literally about a thousand feet.

Jason issued a reminder about the event coming up March 12th. He’d love to have you for Jason Hartman University Live. It’s only the second time the event has been held. It’s a new event where you do the math, analyze your investments, and you build your own portfolio. It will be held in Salt Lake City. Go to JasonHartman.com to learn more. Also, several of you have purchased the Meet the Masters online course and that’s at HartmanEducation.com. You can purchase it there. Check that out at HartmanEducation.com.

What America thinks of Hillary Clinton

Jason begins the discussion with Edward Klein by asking why Hillary Clinton has such prominence. Edward said it is astonishing given the fact that 60 percent of the American public when asked by opinion pollsters say that Hillary Clinton is untrustworthy and about the same percentage when asked what word comes to mind when you hear the name Hillary Clinton. Sixty percent, almost 60 percent say liar. So here we have an untrustworthy liar whose likely to get the Democratic presidential nomination. Edward said it’s mind boggling. Edward added that the base of the Democratic Party poll Democrats and they find that she’s widely popular among Democrats. And you can’t get through to them. They simply will not listen about Hillary. They believe if you criticize her you simply… you have women, which is absurd, or you are blind to all of her wonderful qualities, which is equally absurd because given the fact that she spent eight years as co-president with Bill Clinton as First Lady, eight more years in the Senate, that’s 16 years, four more years as Secretary of State, now we’re 20 years, 20 years at the height of national power and when asked recently by a television interviewer name your most important achievements she couldn’t come up with a single one.

Hillary Clinton and the FBI investigation

Edward said he believes the interesting question hanging over Hillary Clinton right now is given the FBI investigation of her emails and her unsecure email system and email domain that she had buried in the basement of her home in Chappaqua, New York will she be indicted, will the people around her like Huma Abeden be indicted by the justice department. Will the president of the United States, who’s a Democrat, sit by and let the leading Democrat candidate as his successor be indicted or will he interfere? He personally believes that the director of the FBI, James Comey, is known throughout Washington as a straight arrow who cannot be pushed around and intimidated, and he’ll do as the director of the FBI a complete and thorough job of investigating Hillary’s use of this private email server and whether or not national security documents were passed though that server and in violation of federal law. And of course the question is when and if he refers up to the Attorney General, who was appointed by Obama, will the Attorney General and/or Obama interfere. Edward said his guess is that they will not because if they do there are sure to be leaks from the FBI and the Justice Department that they did interfere. It would be a huge scandal because it would be an obstruction of justice and he doesn’t think the president is going to take that risk. It’s nearly an impeachable risk and he doesn’t think that’s going to happen.

Is Hillary Clinton distracting us from something bigger?

Edward said that perhaps Hillary Clinton’s intentionally getting caught for the small things and getting the media to cover them is a wagging the dog concept because maybe there’s bigger stuff that she’s distracting us from. While we’re all concentrating on this and other things and Bill Clinton’s abuse of women and so forth, no one is paying any attention to what was happening while she was Secretary of State and she was dealing with foreign governments and businessmen who were simultaneously donating to the Clinton Foundation, so there was this huge conflict-of-interest. So for instance she approved the sale of 20 percent of uranium production in the United States to Russia, to Vladimir Putin, and right after that Bill Clinton was invited to Moscow where he was paid a half million dollars to give a speech. All of this stuff is not being covered today because we’re diverted but the huge corruption while she was Secretary of State, and he goes into this in his new book, Unlikable: The Problem with Hillary. There is a chapter about three eye witnesses to Hillary actually participating in Clinton Foundation business while at the State Department while she was Secretary of State.

Edward’s website is edwardklein.com where you can find all his blogs. He blogs every week and he publishes a weekly news break called the Ed Klein Confidential which you can sign up for.

The Dangers of China’s Economic Downfall