Getting Out of This Financial Mess 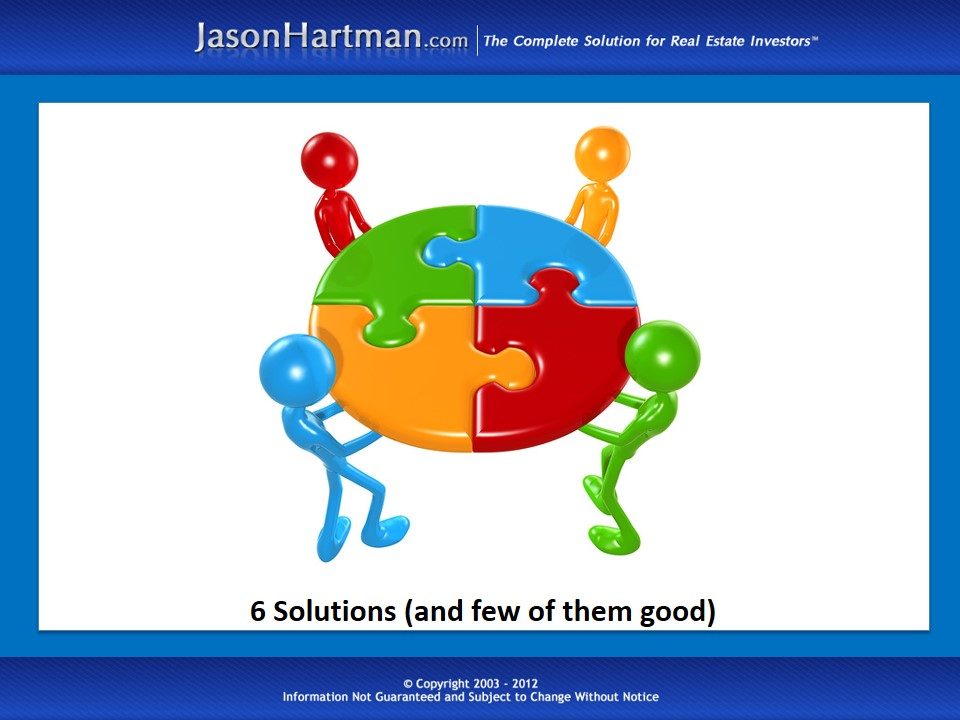 In our last article, we discussed the impending and ongoing financial crisis—the $6 trillion time bomb tick-tocking over our head. And, while we wish debt and the promise of crazy inflation was the only problem we face, it is unfortunately but one of the problems.

The way Jason Hartman sees it, there are three big threats to our financial life and freedom to be wary of. The first is the financial services industry, which you may know as Wall Street. The second is the government, which has been hijacked via people like lobbyists and does little to stop the financial corruption on Wall Street, instead televising trials that do little more than offer a slap on the wrist. Finally, the Federal Reserve contributes to the financial problems of our country by continuing to print outrageous amounts of money.

It sounds hopeless, but Jason Hartman has a few ideas that begin with focusing on what is happening in the real, actual economy. The real demands of 6.5 billion people living on this planet.

One
The first solution is for the United States to simply default on present financial obligations. In practice, this means that Americans would no longer receive Social Security, Medicare, Medicaid, healthcare. But defaulting on debt, personal or national, rarely ends so simply. Imagine the public outcry, should the government solve their debt problems by taking these things away.

Two
The government could raise taxes. One of the problems with this strategy is that there just aren’t enough taxes to be gotten. Even higher taxes would fail to cover the cost.

Three
The third option is the national equivalent of a house cleaning and then a yard sale. The United States might sell the Ports of Dubai. The Bureau of Land Management might sell off land. Of course, this isn’t the most practical solution and will likely not generate near the income necessary to solve our financial crisis.

Four
There’s always the option of adding additional toll booths and roads, collecting bits of money a little at a time and slowly paying down the debt. But tolls are just pennies when we look at the grand scale of our national debt.

Five
The fourth option is to steal. We don’t have to tell you more for you to know that this isn’t a great idea. Napoleon used his military to steal resources from other countries, and the United States could do the same. Hire an economic hit man. Sound practical? Hardly.

Six
The sixth and final answer to the national debt is technological innovation, which happens to be the only feasible answer. There are great advances happening in energy, biotechnology, and nanotechnology, all of which promise to generate a fair amount of income. A period of intense innovation could be great news for our country and for our debt, assuming it’s something we’re able to sell to the rest of the world.

What we’ll likely see is the government making good on promises that have become empty. Sure, you’ll receive a Social Security check, but it will be worth little. Inflation will ensure that promises are kept in nominal dollars, but will lack value in real dollars. It’s a sad reality, but a reality just the same.

So how do we combat it? Sound investments and opportunistic thinking. (photo credit: lumaxart via photopin cc)