From Optimist to Opportunist 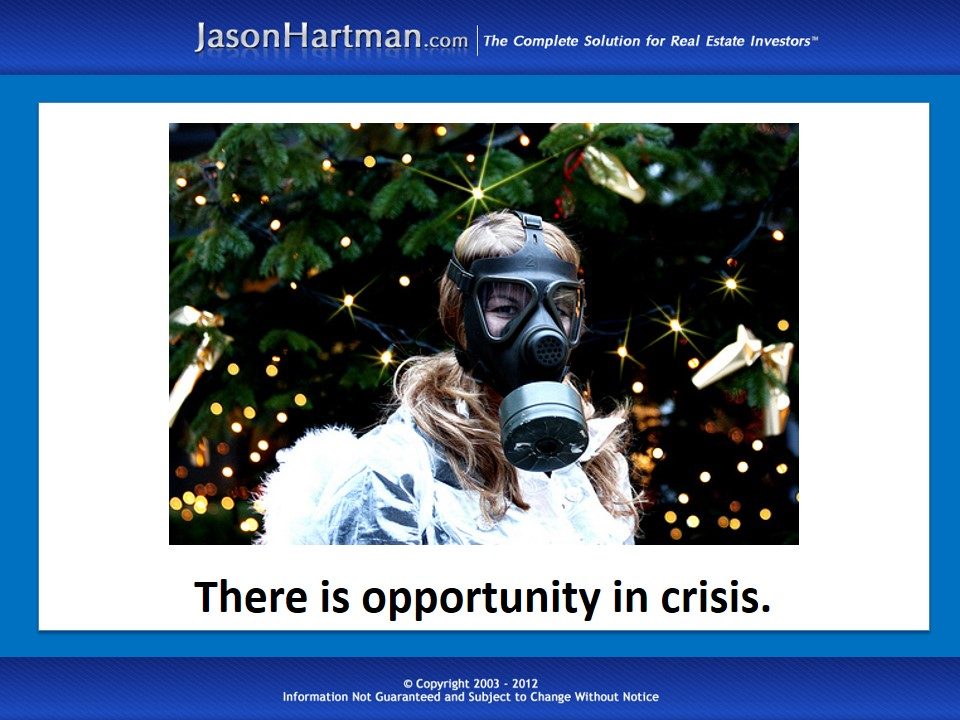 If you’ve lived through the past five years, it should come as no surprise that it is exceedingly difficult to be an optimist—at least when it comes to your investment attitude. And that’s okay. Jason Hartman embodies the philosophy that it’s best to embrace what you have in a realistic way, capitalizing when and where you’re able. It’s foolish to try and argue that it is now the best time to buy real estate, so why not convert your thinking to take advantage of a struggling market?

When the Titanic hit the iceberg, those on board didn’t think much of it. It was a large ship, luxurious and unsinkable. Chunks of ice hit the deck and people were said to have kicked them around, making a game of it. But there was more to the collision, wasn’t there? Above the surface, an iceberg is comparatively very small. But below the surface, a massive chunk of frozen water waits to destroy anything that might cross its path. There’s a lot going on under the surface—just like with income property investment.

Income property is a multi-dimensional asset class and it doesn’t depend solely on appreciation because there are a lot of other things happening. This is great for investors in our current, struggling market—it means that there is no need for a one dimensional discussion about the future of appreciation. Real estate may struggle for a few years even, but you’re an opportunist now!

In Jason Hartman’s Next Ten Commandments of real estate, he further discusses the idea that we should embrace opportunity—thou shalt put time, Mother Nature, and government on your side. There’s a difference between being a pessimist and not being an opportunist, and we think it falls somewhere in the realm of opportunist. Become a scholar, a realist, an opportunist. (photo credit: alles-schlumpf via photopin cc)

* Read more from JasonHartman.com
Thou Shalt Look at the Big Picture
Thou Shalt Make Rational Decisions