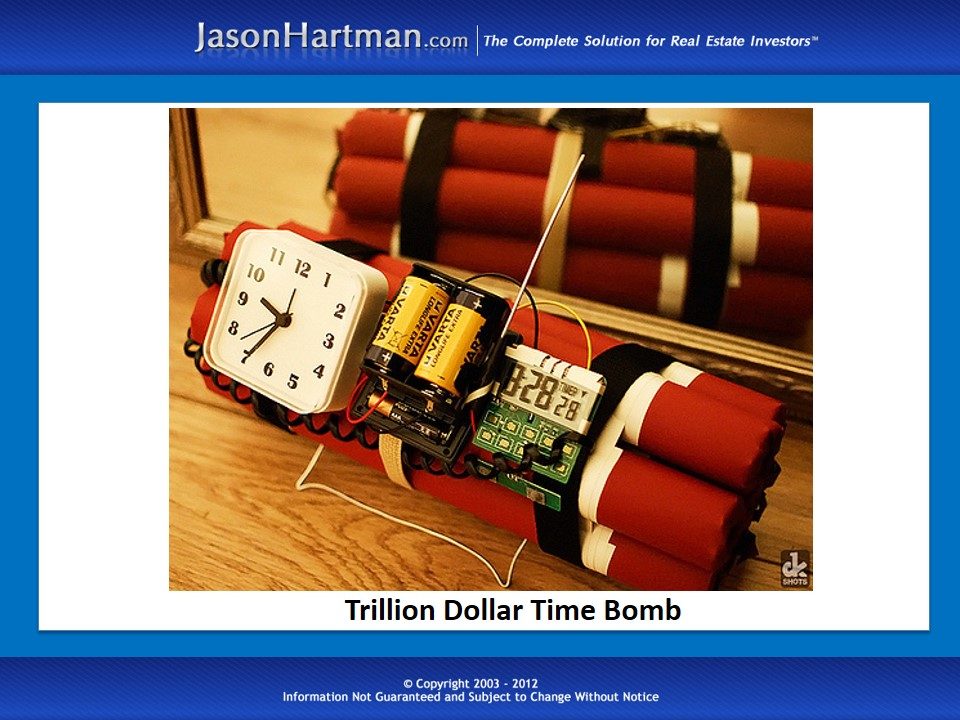 Anyone who has irresponsibly managed a credit card knows how stressful debt can be. It often seems to come from nowhere, sneaking up on you and accumulating huge amounts of interest that cut into your bank account. And that’s just personal debt—imagine the burden of a national debt.

History tells us that there are no countries capable of successfully creating fake money and not causing significant inflation and a subsequent devaluing of all money in circulation. This is problematic for a country like the United States, whose national debt stands at around $55,000 per citizen—approximately $17,547,025,000,000 overall.

Jason Hartman knows that this current debt shapes fiscal and monetary policy for years to come. He refers to it as the $60 Trillion Time bomb, and rightfully so. All of the financial obligations the government has (Social Security, Medicaid, Medicare, etc.) must be paid for, but the sad reality is that the money just isn’t there.

And when money isn’t there, the obvious answer is to pull it out of a magic hat. The Federal Reserve sometimes prints money before a bailout, which ultimately causes inflation. But it can take a while. Early on, there is deflation. Explained simply by Jason Hartman, this type of deflation occurs because of basic supply and demand.

So, while money supply is increasing in record numbers, it is more difficult to get credit. Money supply plus credit supply results in either inflation or deflation. It’s therefore possible to experience temporary deflation until credit begins coming back (it always does) and we’re left with massive inflation—which Jason Hartman views as an opportunity! (photo credit: dkshots via photopin cc)

* Read more from JasonHartman.com
From Optimist to Opportunist
Thou Shalt Look at the Big Picture