Get Free Money Out of Your Investment 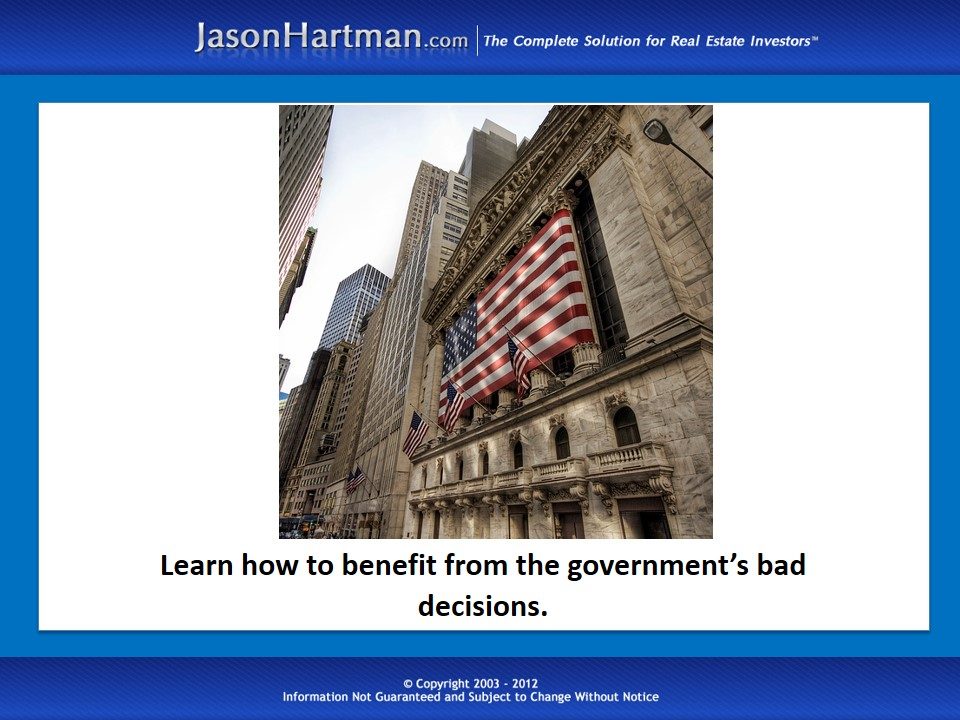 It’s well documented that income property is the most tax favored asset, and taxes make up the single largest expense for many people. Between 40 and 60 percent of most people’s income goes toward some form of taxes, and those numbers appear to be on the rise.

When we talk about real estate, it is important to consider it as two separate components. There’s both property and house sitting on it, which is important because the IRS says that houses aren’t worth much because they’re temporary—someday, they will fall to the ground. Land does last forever though, so we look at land versus improvement value.

Jason Hartman refers to the sticks and bricks sitting on the land as packaged commodities, which hare globally in demand. The house shouldn’t be considered in its entirety, but viewed as individual pieces and parts that make up something larger. Think about houses as concrete, copper wire, petroleum products, steel, insulation, lumber, labor. A series of commodities.

A house will last a certain amount of years that varies based on where you live and who you’re renting to. The IRS has decided that you can depreciate your income property over 27 and a half years. As a tax benefit, this is great because it’s a non cash write-off you can get year after year. This write-off, if you qualify, is worth a significant amount of money. A certified CPA can help you see if you qualify—or help you qualify if you don’t.
And your tax refund comes to you as real cash, albeit depreciated.

Making money through income properties depends upon the government making bad decisions—and that is never going to change. When opportunity knocks, we know you’ll be there to answer. (photo credit: Stuck in Customs via photopin cc)

* Read more from JasonHartman.com
Getting Out of This Financial Mess
Trillion Dollar Time Bomb