Your Social Security Number: The Key to Your Identity 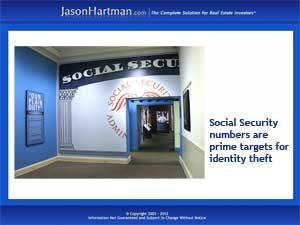 They began as a simple filing system for claims, but today the nine digits of the Social Security number hold the key to nearly every American’s identity. Children need them to enroll in school. You need them to enter a hospital, apply for a loan, or take out a store credit card. And if they’re stolen, your whole identity goes along.

Today, though, the Social Security number (or SSN) turns up everywhere, an easy identifier in all kinds of transactions. It can be changed, but only with some difficulty and legal petitioning. And once it’s hacked, the number holder’s entire identity can be compromised.

Social Security numbers rank among the top targets for identity theft, say cybersecurity experts. Hijacked numbers can be used to create new identities, or to divert the benefits of someone who already receives Social Security. Or they can be used to get access to credit card accounts and other kinds of financial transactions.

Social Security fraud may also be a family affair, with a friend, relative or even caregiver taking advantage of the easy availability of someone’s Social Security card or number. But regardless of the way the theft happens, a victim may not know it, until questionable credit card bills start rolling in, or bank accounts are suddenly empty.

How to protect that precious set of nine numbers? Fraud experts say that it’s important to keep your Social Security card secure – and don’t carry it in your wallet unless absolutely necessary. Monitor credit reports for signs of unauthorized activity. And report a stolen card right away. The same advice applies for family and friends of the vulnerable elderly, whose SSNs are often co-opted by caregivers and used to siphon money from a person’s accounts or do other kinds of financial transactions.

Identity theft experts caution that in today’s fast moving digital world, the chances of catching garden-variety identity thieves are pretty small. But reporting a theft, or a suspected theft, is still important, and there’s help available for the time consuming processes of shutting down compromised accounts and protecting assets.

Social Security numbers have come a long way since their early days as part of a simple filing system to their role today as the key to an individual’s entire identity. Like a good credit score, an investor’s Social Security number is more valuable than gold – and, as Jason Hartman says, it’s worth protecting like the treasure it’s come to be.  (Top image:Flickr/FDRPresidentialLibrary)