Out of Work Grads May Slow Housing’s Recovery 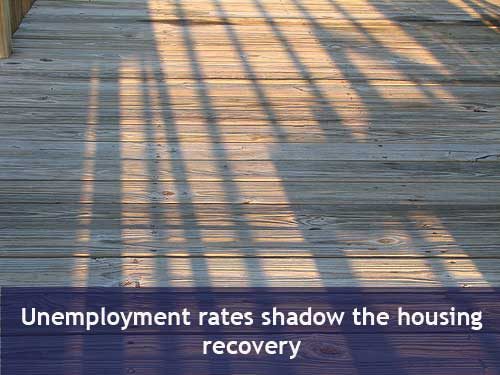 Although the housing market seems to be rebounding, with higher home prices and lower mortgage interest rates, one group is conspicuously absent from the recovery: the “Millennials,” young college graduates who make up the largest demographic group in the country. And some housing professionals fear that their inability to buy houses could contribute to a collapse that affects the market as a whole.

In general, the housing market is in better shape than it was a few years ago, at the time of the historic collapse. But the link between housing and other factors such as job growth and efforts to clean up mortgage lending means that some age and economic groups are shut out out of the process.

According to a new report by CNBC, recent college graduates are unwilling or unable to buy houses. And that may have a severe impact on the overall health of the housing recovery; since the market needs those large numbers of potential first time buyers to avoid another crash.

But these so-called Millennials, people in their early twenties to mid thirties, are struggling with a poor employment outlook and large amounts of student debt. New Bureau of Labor statistics reveal that employment rates for this group still run below pre-recession rates – and it goes without saying that that has a direct effect on movement in the housing industry.

Why? Jobless grads tend to live at home. That means that not only are they unable to buy homes of their own, they can’t make the rent either. And as renting heats up and prices rise, it takes steady employment at a reasonable wage to secure, and sustain, independent housing of any kind.

Employed millennials are more willing to strike out on their own, according to those Labor statistics. Only 12 percent of those with jobs were living with parents. But many of these employed individuals were working at lower paying jobs than those in their field. And among those who did find well paying work, a large percentage are struggling with a burden of student loan debt.

That means that a person making $25,000 annually and one earning $125,000 can feel equally “poor.” And those circumstances are making it hard for many in this generation to qualify for a mortgage if they are willing to buy a house.

The takeaway for investors: the housing crisis may be passing for more mature buyers and investors able to take advantage of more positive signs like lower interest rates and rising pries – but for millennials struggling with debt and unemployment, the crisis hasn’t peaked yet. As more millennials prepare to leave the nest, they’ll be swelling the ranks of an already robust renter’s market — a boost for investors building wealth in rental property the way Jason Hartman recommends.  (Top image:Flickr/JanetH)