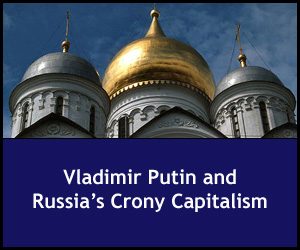 Should the West fear Vladimir Putin? As tensions with Russia escalate over events in Ukraine and other parts of the former Soviet Union, there are more questions than answers about Russia’s popular strongman. Author Ben Mezrich visits the Creating Wealth Show to talk about Putin’s rise to power, the fate of the Russian oligarchs and Russia’s place on the world stage.

Episode 547 of Jason Hartman’s top rated investing podcast begins with Jason’s editorial, a roundup of news and observations on the financial world in general and income property investing in particular.

Jason opens this segment with a look at his new venture, Jason Hartman University, which is hosting its first ever live event in San Diego at the end of August 2015. Though Jason’s Platinum Properties Investor Network has hosted numerous Creating Wealth Bootcamps, property tours and other events in the past, JHU is something different.

This two-day event introduces attendees to everything they need to know about property acquisition and portfolio building in a workshop setting. Using hands on tools, prospective investors learn the basics of market analysis, property analysis, calculating LTI and ROI ratios, and more. It’s a hands on training that aims to put participants into the one percent of investors who understand real estate investing at the highest level.

“You are your own best advisor,” Jason says, and JHU’s two day in depth training – complete with templates and worksheets – helps investors build a portfolio they control. Early bird pricing obtains until the end of July 2015, with incremental increases until the event. Listeners who leave a review of the podcast on iTunes can receive a 30 percent discount; details are available at jasonhartman.com.

Jason also reminds listeners that inflation can be an investor’s friend. Inflation induced debt destruction can lower the cost of mortgages and stretch investing dollars farther. Inflation is real, he says – just look back to 1970, when bread cost just 25 cents and gas was 36 cents a gallon. Prices keep rising – but the “cost” of inflation benefits investors.

Ben Mezvich: Once Upon a Time in Russia

Ben mezvich is a prolific author whose books have twice been turned into major Hollywood films. Now his latest title, Once Upon a Time in Russia, is also slated to hit the big screen. Mezvich’s book examines the rise of Vladimir Putin and the Russian oligarchy through the story of multimillionaire Boris Berezovsky and his protégé, Roman Abramov, a tale of Shakespearean tragedy, as he puts it.

In chronicling the rise and ultimate fall of Bereszovsky, Mezvich also examines Putin’s rise to power and what that means not just for Russia but also for the rest of the world.

From Communism to Oligarchy to Capitalism

After the Soviet Union collapsed, communism surged in popularity once more. In an attempt to stop the comeback, then President Boris Yeltsin rushed into place a privatization plan, which effectively put the country’s key businesses and industries into the hands of private businessmen and companies.

These men – 7 in all – quickly became the “oligarchs” wealthy, powerful and in control of government policy. Toward the end of Yeltsin’s presidency, as Mezrich writes, they looked for a successor they could keep under control.

Their choice: Vladimir Putin, a mid level KGB operative working as an assistant to the Mayor of St Petersburg. He was an unknown who rose quickly with the support of the oligarchy to President.

But it becane obvious that Putin would be no puppet. He quickly made it clear he was taking charge. Those who stayed out of his way did well; those who didn’t – well, they suffered.

Boris Berezovsky, whose story Mezrich tells in his new book, was one of those.

Putin has been widely misunderstood in the West by politicians and analysts who refuse to acknowledge that he is a true tough guy – an ultra macho nationalist who’s actually very popular at home.

His goal is to make Russia strong – and keep her that way. According to Mezrich, he’s often said that the breakup of the Soviet Union was a great mistake – and his moves in Ukraine and other former Soviet republics and territories are aimed at restoring the country’s historic strength.

Most Russians agree. So much so, Mezrich says, that Putin will leave power only when he’s ready – and there’s no one with the popularity and support who could successfully defeat him in an election.

What’s Ahead for Russia – and the West?

In researching Berezovsky’s story, Mezrich spoke to many Russians. His conclusion: much of Putin’s rhetoric is aimed at the home front not the West. He envisions a long-range strategy for keeping Russia strong – and a viable player on the world stage. That suggests a willingness to work with the West and the rest of the world on the economic and financial front, rather than mount a military challenge – unless he’s provoked by ill advised saber rattling.

Russia is a capitalist country now, with the potential for more foreign investing ventures and wealth moving outside the country. But it’s a kind of “crony capitalism” in which those who succeed do so because of government protection. A small percentage of Russians with government “shelters” are incredibly wealthy, an elite class that’s completely unconnected to the everyday citizens who still struggle just as they did under Soviet rule.

Mezrich’s story of Berezovsky and Abramov is already in production as a feature film. But in the real life saga of Vladimir Putin’s rise to power as Russia’s favorite strongman, the ending remains to be written. (Featured image: Flickr/josefstuefer)

CW547: Ben Mezrich: Dangerous Putin -Is Russia Living in a State of Crony Capitalism and Do Russians Invest in the US?