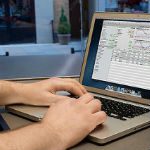 After an introduction covering a variety of newsy topics, Jason Hartman invited Clem Chambers, author of arguably Europe’s best known financial website to episode #342 of The Creating Wealth Show to talk about his latest book, “Letters to My Broker: P.S. What Do You Think of the Market?” Along the way they also discuss the rotten economies of a few countries, Namely Spain, that are festering on the skin of the European Union like an open sore. But perhaps the most interesting part of the interview is when Clem and Jason try to unravel the mistakes that day traders make.

Clem Chambers is the CEO of ADVFN, Europe’s leading stock and investment website. His new book combines the elements of satire, annotations and illustrations to dynamically depict the do’s and don’ts of trading and investing. Chambers comes out with multiple books every year. He explains going through traditional, mainstream publishers versus self-publishing and the publishing process.

Clem’s most recent literary effort was a result of his hobby of collecting antique books related to financial markets. He ran across one originally published in 1919. To his astonishment, the tome read like it was published yesterday. It quickly became apparent to Chambers that nearly one hundred years later investors still make the same portfolio-busting mistakes that traders did at the turn of the 20th century.

He decided that the mistakes that day traders make (then and now) was too good an opportunity to pass up. His book is a response of sort to that old book, complete with commentary and illustrations. If ever there was proof of the saying, the more things change, the more they stay the same, here it is.

The Mistakes That Day Traders Make

Obviously, a single half hour interview doesn’t provide enough time to cover all the mistakes that day traders make, but here’s a good sampling.

Related to the mistake illustrated in the previous paragraph, Clem Chambers offers a suggestion for new traders: Stay out of the big companies! That’s where the professionals trade and they are better, stronger, and their computers are faster than yours. Drop down into smaller companies, those smaller than $1 billion in assets. Most professionals and funds focus on the truly big boys (Apple, Walmart, Coke, etc), thus leaving more of an opportunity for a newbie to survive if he or she sticks to smaller companies. The bottom line is to reach the point where trading is not exciting but boring. Exciting will eventually decimate your portfolio, probably sooner rather than later. Boring you can make money with.

The Dead Weight of a Growing Public Sector

As it stands, the European Union (EU) is going through a rough patch. Smaller members like Greece, Spain, and Portugal are essentially bankrupt, and everyone wants to know why. Chambers has some pointed observations on the issue. He believes public sector jobs, which he refers to as “non-wealth creating” have swollen to the point in these beleaguered nations that it’s impossible to stage an economic recovery. No one produces anything real any more, and a large part of the work force occupies its day building roads to nowhere and statues on the town square.

The same process is at work in the United States. An historically large public work force consumes money created by a dwindling private sector. The cycle is real and goes like this. Entrepreneurs start businesses, hire employees, and generate profits. But an ever-growing public (government) work force needs more money to operate. How will they get it? Raise taxes on the private sector, of course. Eventually, the small business person, sick of working so hard for nothing, throws in the towel. This is how redistribution of wealth fails every time it’s tried.

The Problem With Cutting Public Spending

The solution to the problem should be as simple as cutting public spending, right? Slash the thing in half. Predictably, the GDP will plummet and few public officials have the intestinal fortitude to stand the media and popular backlash. Even though the GDP was a number inflated by public spending, it wouldn’t matter.

Chambers points out that, since 9/11, the Chinese economy (which operates with comparably few public jobs) has grown 600%. In comparison, the United States has increased its output a sickly 60%. Those are not pretty numbers, ladies and gentlemen. Do we have the guts to turn it around? The truth is probably not, but we can hope. The only way to legitimately grow GDP is by a flourishing private sector.

For more information about Clem Chambers and his excellent work, visit his website at ADVFN.com . (Images: Flickr | ota_photos)