The pitfalls of commercial real estate 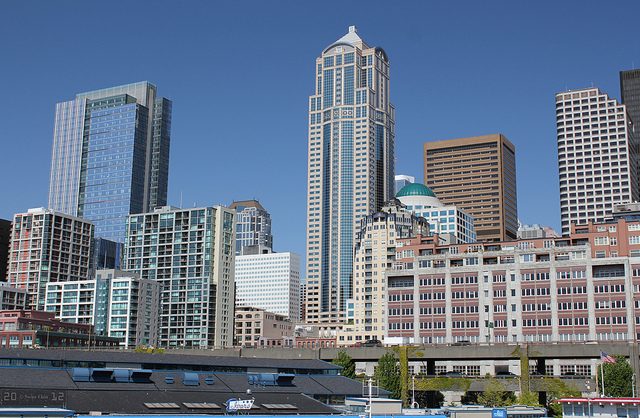 How Gary got started with Jason Hartman

Gary first attended an event held in St. Louis in late 2011. He bought the first of his properties through Jason Hartman’s Platinum Properties there in St. Louis, and bought one in Memphis since then and he’s looking to continue in Memphis and Orlando. He currently has eight properties.

Gary decided to invest in real estate to move away from the roller coaster ride of the stock market. He said he’s made mistakes and some costly ones when investing in stocks and mutual funds, and found real estate to be a much better investment.

Naresh joins Jason Hartman for more discussion on renting vs. owning. Naresh said a lot of people tell him that renting is a waste of money. Jason answered that this still is a remaining question with you and many, many listeners. His metric is if the property is worth more than $250,000 it’s probably better to rent it than own it in almost every single case. Because you can take that $250,000 worth of property value and you could buy two $125,000 houses for rental, for investment, and you could rent those for probably $1,250 per month each, giving you an income of $2,500, yet the $250,000 in which you live he would venture to say that you can probably rent that for $1,600 or maybe even less. If you can rent for a lot less than one percent of the value per month and you can use that capital to acquire other properties that you rent to other less informed people for somewhere in the neighborhood of one percent per month you are arbitraging that value and that living expense. So, you are better off renting than owning. If it’s a cheaper house the rent to value ration falls in line much better and if you were to live in a $125,000 house you should own it because you’ll probably pay about the same in rent that you could rent it for if you bought it as an investment property.

Jason said that commercial real estate is very complex to manage. The leases are incredibly complex. He’s signed several office leases for his own businesses over the years, and they will be 60, 70, 100 pages long with tiny little print. The offices are usually built-out custom, and that’s an activity called tenant improvements, or TI’s in the industry, and they take a long, long time to negotiate these leases. There are parking considerations, they are typically 3-5 years long, they have inflation adjustments,  and all sorts of complexity to them. Usually lawyers will negotiate the leases and it will cost a fortune to have a lawyer do that. It is a very complicated affair. The contractors will get into that office space, that suite, and they will tear out walls and there will be construction issues and construction management issues, instances where the landlord, the owner, can become liable for those repairs or injuries on the property. This is fraught with massive complexity. He said the returns really aren’t that good at all. They’re the kind of properties that big insurance companies invest in. Jason believes residential real estate is the best and safest way to invest because everyone always needs a place to live whereas commercial real estate can be a gamble because more and more companies are outsourcing work to other countries.

The poor man’s way of starting in real estate investing

Naresh asked how someone can get started in real estate if they don’t have the required 20 percent down and five percent for reserves. Jason answered that it will be a lot harder but it can be done. You’ll have to go solicit partners or you’ll have to find creative deals like finding a needle in a haystack. That’s just not what we do. There are guru’s out there who do it. The only thing he would say is be careful that you don’t get ripped off because a lot of these guru’s are really, really sleazy and they will sell you all kinds of stuff that you don’t need. Try to get your education for as close to free as possible and you can do that nowadays online. There’s lots of ways, but the three F’s Club, friends, family and fools, they might invest with you. It’s an old saying. If you go out and do the work and find a good deal they can help you potentially, so there’s certainly lots of creative opportunities.

Those interested in learning about investments can go to jasonhartman.com and check out the properties there and check out the returns on investment (ROI). Jason also offers real estate education at hartmaneducation.com. If you’d like the Meet the Masters online course you can find it on the website.

Uncover the Four Purposes of Life With the Peaceful Warrior