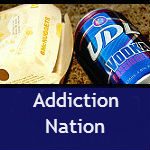 Is spending too much time on Facebook as detrimental to your chances of living a spectacular life as a heroin addiction? Probably not, but seemingly “safe” soft addictions like social media obsessions can still rob you living the fullest life possible. For the 300th episode of The Creating Wealth Show, host Jason Hartman interviews Dr. Judith Wright about her recent book, The Soft Addiction Solution: Break Free of Seemingly Harmless Habits That Keep You from the Life You Want.

Dr. Wright defines a soft addiction as something that is not harmful in and of itself but carries a much greater cost than realized. She lists a few: shopping, video games, Facebook and other social media outlets, watching television, biting fingernails, browsing magazines, and surfing the Internet are a few of the most common.

How Do You Know It’s An Addiction?

* Family/friends resent the time you spend doing it.
* You get a high or trance-like feeling while involved.
* You can’t remember the passage of time or particular details from the activity.

Especially with social media like Facebook, you can note the soft addict’s inability to take his or her eyes off the cellphone screen for more than a few seconds at a time. Snatch their phone away and you can expect a full blown panic or meltdown.

The Biology of the Buzz

When it comes to soft addictions, it’s all about the dopamine. An official definition: dopamine is a compound present in the body as a neurotransmitter and a precursor of other substances including epinephrine.

Dr, Wright says our soft addictions are fueled by dopamine and, though it feels good while you’re doing it, the reward is transitory and fades quickly. She classifies it as a “buzz” with no real lasting satisfaction to be gained. To delve slightly deeper into the biology of this stuff, the opioid endorphins released by reaching a deeper yearning are within us all but tend to get overwhelmed by the quicker dopamine rush.

The bottom line is that it’s easy to get into the soft addiction loop. It’s harder to seek your true passion in life and plug into that instead. A soft addiction is essentially a coping mechanism that quickly integrates into your lifestyle and is hard to remove.

If we believe everything we see on Facebook, every other single person on the planet has it better. Their kids are angels who play first chair clarinet, their dogs do the funniest things on video, their significant other never forgets a birthday or anniversary, and every day is the vacation you always dreamed of. Please say you know this is a steaming pile of you-know-what. Nobody is that happy all the time. In fact, Jason mentions a study that shows people who use Facebook aren’t as satisfied with their life.

Not surprising, when you consider that all your friend’s newsfeeds seem to be one neverending party. Snap out of it! It’s not a party. It’s the world’s largest repository of fiction. But it is easy to see how using Facebook could leave you feeling jealous and sad, like you’re missing out on all the good stuff.

We didn’t intend for this to be Pick on Facebook Day, but, as the largest kid on the social media block, Mark Zuckerberg’s behemoth is an easy target. Dr. Wright suggests that Facebook trains us to only share superficial stuff with friends and family, and leaves us unwilling and afraid to discuss deeper feelings and emotions. She thinks this has a bleed-over effect into face-to-face interactions with real people. Are we forgetting how to talk with each other?

One of the important principles that runs throughout Wright’s book is what she refers to as the Math of More. In short, the Math of More suggests that by adding more things to your life that meet deeper yearning needs, you are able to more easily subtract soft addictions. So exactly how does one go about ridding themselves of these infernal soft addictions? The short answer is it’s not easy. Part of the solution might be to move on to Wright’s most recent book (written in collaboration with her husband, Dr. Bob Wright), called Transformed: Science of Spectacular Living.

Jason guides the conversation in that direction.

What is Spectacular Living?

Spectacular living. It sounds good, right? Who wouldn’t want to live in a more spectacular manner? For this book, the Wright duo interviewed and studied the lives of those they call “positive deviants,” which is a way to refer to people who are living successfully. The premise is that a good life should based on seeking that which you yearn for, resulting in a more fully engaged and adventurous person.

The old saying goes that you can’t buy happiness, but Jason takes issue with this philosophy, recalling an article he read back in the mid-1990s that attempted to quantify happiness and came to the conclusion that it would take about $1.5 million to buy happiness. Adjusted for location and inflation, he estimates the current number to be about $3.5 million.

But Judith doesn’t agree with that premise, saying that as long as a person rises above the poverty level, studies show that income doesn’t matter when it comes to leading a fulfilled life. Ironically, she goes on, leading that fulfilled life and following your passion often leads to a substantial rise in income, which leads us to another old saying: “Do what you love and money will follow.”

There is one question to ask yourself. Is your life as full as it could be or do you find yourself struggling with one or more soft addictions? Reading one or both of Dr. Wright’s books might be a big step in the right direction (Image: Flickr | mugley).

China’s Not So Cheap Anymore

Haunted by the “Ghosts of Manhattan”