Robert Greene: How to Finally Master Your Life 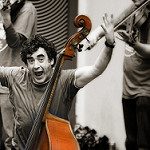 Every 10th show Jason Hartman takes a break from the real estate topic routine and invites to The Creating Wealth Show an expert of an entirely different flavor. For episode #330 we have Robert Greene, best-selling author of such books as The 48 Laws of Power, The 33 Strategies of War, The Art of Seduction, The 50th Law, and his latest, Mastery. Have you ever wondered why your life seems to go off-script regularly? Greene’s recent book might go a long ways towards explaining why and offering a way to fix it.

Before his interview with Robert Greene, Jason spends a few minutes discussing the conclusion of his multi-country tour, which is ending as he speaks to us from a quaint little cafe in Rekjavik. Though Jason is a world traveler for its own sake, he always keeps an eye tuned towards locating investment properties, and this trip is no different. What is different is that he finds himself closer than ever before to being interested enough to contemplate buying a foreign property.

The country that has caught his interest is Spain. Despite high real estate prices and scary levels of unemployment in the under-30 age group, Saudi oil money has found the city of Malaga, resulting in Ferraris’ and Lamborghini’ jetting from stoplight to stoplight, and high-end specialty stores everywhere you look. Jason is interested enough to be on the lookout for a local market specialist. He might even have one on an upcoming podcast.

Become a Master and Get Happy

Self improvement buffs have long consoled themselves with the idea that if you practice something for one thousand hours, you will have mastered it. While Robert Greene doesn’t discount this kind of thinking, his book, Mastery, could help you understand how to attain and use the ultimate form of power in this world.

What the Master Sees

So exactly what is mastery, according to Greene? To explain it, he uses a chess example. Simply put, to master the game, the practitioner must have played and studied it so often that he no longer sees the board, per se, but rather thinks about the challenge from a big picture perspective. He doesn’t see it as a sequence of moves but rather as an almost breathing concept that he observes from the outside and intuitively understands its every nuance. But Jason’s guest is quick to point out that this is a practical rather than intellectual intelligence.

The First Step to Becoming a Master

Robert Greene suggests that, before anything else, you need to discover your true life calling. According to him, we are all born with unique DNA and brain wiring that predisposes us towards being really good at one particular thing. In order to master something, you must first be clear about what is this single thing that you prefer to all others. Establishing your calling allows you to achieve the kind of clarity that allows for faster learning.

One of the big problems in life is that too many of us choose careers based on factors besides whether or not it is our calling. Some do it for money, others because family members pushed them in that direction. You might cruise through your 20s doing fine but somewhere in the 30s are liable to hit an inexplicable wall. You might not be able to explain it but you are tuned out and not fully engaged because no one can maintain a high level of interest over a lifetime in something that bores them, no matter how much money is at stake.

Discover Your Calling – the Short Version

The scope of discovery of your life’s mission goes beyond the scope of this article. If you find yourself truly dissatisfied with life and moved by the idea, do yourself a favor and check out Robert Greene’s book, Mastery. Having said that, he did have a few tidbits of advice.

Before leaving this topic, Greene, suggests that persistence might be the one thing that separates masters from the rest. Da Vinci had it. So did Darwin as he transformed himself from a naive young man into perhaps the world’s greatest scientific observer.

You Say Manipulation, He Says Persuasion

Manipulation is a negative word loaded with visions of bad behavior. Robert Greene suggests we think of it as influence or persuasion instead. As Jason mentions, there’s an old saying that says nothing happens until someone sells something.

What’s the trick to get someone to do something you want them to? According to Greene, humans are naturally focused inward, worrying solely about our own wants and needs. There’s nothing intrinsically wrong with that but it’s a losing strategy if you want to persuade someone to do something. Here’s what you need to do. Focus on the other person. This doesn’t mean to throw your own preconceived notions of what they should want onto them. It means get to know them and understand where they are coming from. Most powerful people figured this out early on and use it to perfection.

Want Fortune and Glory? Do This Next…

As already mentioned, Robert Greene is way too full of meaningful ideas to summarize here. Do yourself a favor and visit his website at www.PowerSeductionAndWar.com . (Image: Flickr | JohnGoode)

Uncover the Four Purposes of Life With the Peaceful Warrior