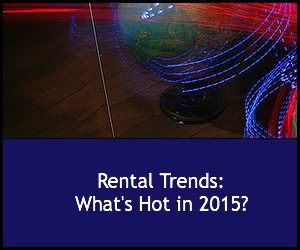 You don’t need a crystal ball to know that the US rental market is still hot. But as 2014 winds down, housing industry watchers are turning their gaze toward the future and making predictions about where rental property – and rental property investing – might be headed in the coming year.

In some ways, investing is always a game of predictions. Investors take action today with an eye to yields that may come far down the line. And in rolling out the current crop of projections about rental trends for 2015, real estate professionals are drawing from past trends and current economic conditions.

According to a recent article from All Property Manager, trends in rental property anticipated for 2015 clearly reflect the changing demographics of the rental market that were seen in 2014. And those trends were driven in turn by bigger shifts in the economy as a result of the housing collapse of 2008 and the recession that followed.

Those key shifts included a broad shift toward renting rather than owning a home. After the housing crash left millions of homeowners in foreclosure with no possibility of buying another house, those former homeowners had to turn to rentals.

Changes in mortgage lending followed the housing crash, too. The mortgage industry came under tighter regulation and oversight, with new government-imposed standards for lending that included higher credit scores and larger down payments. Even though interest rates remained low thanks to the Federal Reserve’s Qualitative Easing stimulus plan, many would be home buyers weren’t able to meet those standards thanks to a rocky employment picture and other factors.

Demographic shifts over the past decade have also played a part in setting the stage for the current crop of predictions about the rental market. The so-called “Millennial’ generation of new and recent college graduates is now the largest demographic group in the US. As a whole, this group is carrying large amounts of student loan debt, struggling with employment and inclined to postpone marriage and family. And on the other end of the spectrum, the “empty nesters” – retirees and seniors with no need for a larger family home – are choosing to rent rather than own.

All this means a housing landscape in which the rates of home ownership are at their lowest levels in more than two decades. Now, just 69 percent of Americans own their own homes – and those numbers don’t seem to be changing much even as the economy improves/

The result in 2014? A robust rental market that saw substantial growth all across the country, but especially in smaller cities. It’s a market driven by the demands of a tenant pool of virtually unprecedented size and market conditions hat make renting necessary for many and more appealing to some.

As demand for quality rental housing grows, rents go up. And tat creates new opportunities for investors looking to build wealth through income property. Those conditions aren’t likely to change much, say the experts – and they carry the seeds of promising new trends for the future.

As expected, the strong demand for rental housing should continue, based on the trends of the past. Home loans are still hard to get for mammy people and while the employment picture is improving, many are still struggling with reduced wages, cutbacks and other issues.

And because of the strong demand for rentals, vacancy rates in 2015 and beyond are likely to decline – and stay low. That’s partly due to the continued fallout from the housing crisis, but also to the fact that younger Americans are less interested in marriage and family – two traditional reasons for buying a home.

For investors a key factor in the future of rental real estate is the demand for rental housing in smaller cities rather than big metropolitan areas like Chicago and Los Angeles. The growth in telecommuting and entrepreneurship means that renters can live in less expensive areas. And that benefits investors, who can purchase properties in those areas for less.

In 2015 and beyond, too, “wallkabilty” looks to be a major factor influencing renters’ choices Easy access to services, work and shopping becomes increasingly important in an era of high fuel prices – and it’s especially important to two key groups of renters: Millennials and seniors.

Among other likely trends in 2015 and beyond: higher mortgage rates in the wake of the Federal Reserve’s decision to end its stimulus plan, which kept interest rates at historically low levels in the years following the housing crash. That’s likely to play a role in the ongoing difficulty many Americans have with getting a mortgage.

All this adds up to some interesting opportunities for investor willing to follow these trends into the future. That includes buying investment properties in smaller cities with an eye to a mix of renters across the demographic spectrum. Everyone needs a place to live = and in 2015 and beyond – that place is increasingly likely to be rented, not owned. (Featured image:Flickr/mikhailchuryakin)

SHOCKING: Most College Grads Owe HOW MUCH?