SHOCKING – Most College Grads Owe HOW MUCH? 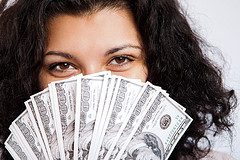 The Bryan Ellis Investing Letter – If you’re graduating from college these days, then you’re probably graduating under a mounting and increasingly-heavy pile of student loan debt. For some reason, however, that’s not slowing most student borrowers down. According to the Institute for College Access and Success (ICAS), the class of 2013 college graduates owes, on average nearly $30,000, up two percent from the amount owed in 2012. ICAS’ ninth annual report on student loan debt indicated that 70 percent of 2013 graduating seniors left school with an average of $28,400 of student loan debt, although the numbers varied greatly based on state and by school. Some colleges were able to keep their average graduating debt as low as $2,500, while others racked up closer to $71,000 for their graduates[1].

Unfortunately, according to ICAS, that debt is a necessary evil. Lauren Asher, the institute’s president, said in response to the debt numbers that “a college degree is still the best path to a job and decent pay” and that “loans are increasingly needed to get through school.” She recommended sticking with federal students in order to access what Asher described as “crucial consumer protections” that could help students in the event of a “rough patch.” ICAS researchers warned that not only are private student loans potentially less accommodating, but that probably a fifth of all students took out unreported private loans, which could make the actual debt tally much higher than the average number that ICAS reported.

While many colleges simply view student loans as a necessary evil for students (and a pretty good deal for the college itself), about 50 colleges across the country recently pledged to start replacing student loans with grants for students who qualify for a certain degree or amount of need-based aid. These colleges are using funding from local initiatives to fund the grant programs and hope to raise billions of dollars with which to replace student loans with grants for incoming freshmen[2]. Critics of such initiatives say that they will discourage colleges from enrolling low-income students and could create class barriers in education, but a number of smaller private colleges have made the switch successfully and kept attracting lower-income students as well as higher earners.