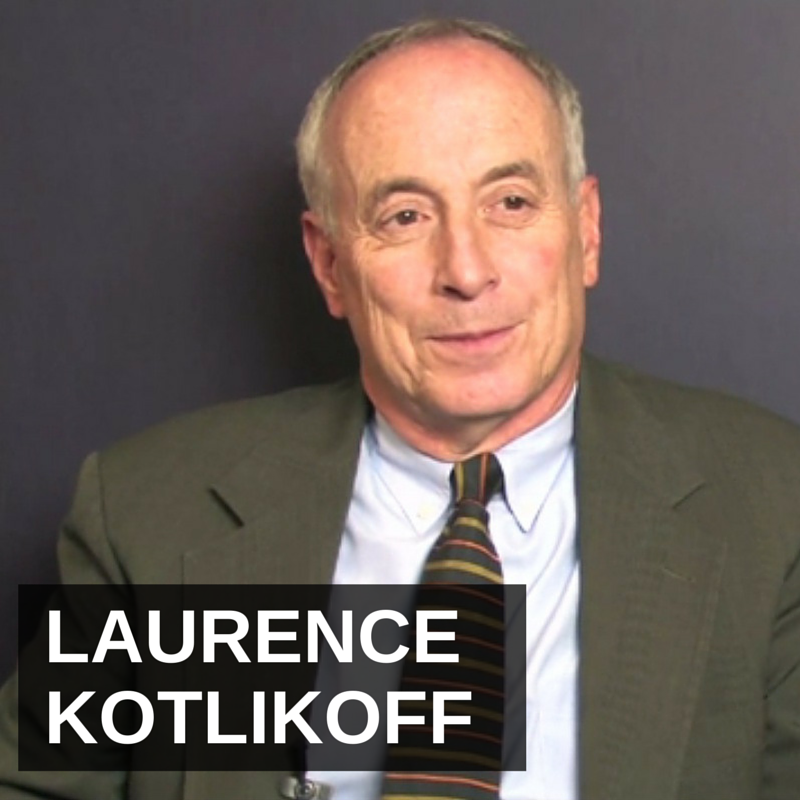 Is Social Security just a sexist, outdated Ponzi scheme that’s destined to collapse under its own weight in a few years? These are some of the questions real estate expert and host Jason Hartman debates with guest Laurence Kotlikoff on Episode 532 of the Creating Wealth Show, The Hartman Media Company’s top rated podcast on investing and building wealth.

Now, he talks with Kotlikoff, a William Warren Fairfield Professor of Economics at Brown university, about the “hidden debt hole” of Social Security: how it got that way, what it means for the future and how we can make the most of it while we can.

The future of Social Security has been hotly debated for years – but few have examined its past, and the implications of that past on the current crisis. Kotlikoff, author of Get What’s Yours: The Secret to Maxing Out Your Social Security, points out that it’s essential to understand what social Security is and is not in order to get the most out of Social Security in retirement and beyond.

To understand all this, Kotlikoff points out that it’s important to look at how Social Security began – as a social program that by its very nature can benefit some groups more than others.

The Social Security Act was passed on 1935, in the wake of the Great Depression, as a way to provide an economic safety net for the elderly and um\unemployed. The program was skewed toward those who had regular employment and provided for their widows and children in the event of their death.

Other kinds of work, such as intermittent employment and laborer jobs, weren’t covered until years later, when a series of amendments clarified and expanded the scope of Social Security. Until then, most women and black workers, who were less likely to have regular work, had fewer options for generating an income that would yield benefits later.

Even today, as Kotlikoff notes, that system is somewhat skewed toward women in some ways, but beneficial in others. It all depends on their work history. A woman who works a low wage job who’s married to a white collar wage earner, for example, will be able to receive benefits based on the spouses’ higher wages – in effect, negating her own contributions.

A woman who’s never worked can also claim the higher benefits from her spouse’s contributions. That’s a situation, says Kotlikoff, that effectively removes a wife‘s incentive to work and encourages her to stay home and look toward a spouse’s benefits for support after his death.

Though social Security has survived numerous court challenges and amendments, and remains the go to safety net for millions of Americans. Many, Kotlikoff included, worry that the government won’t be able to make good on its promises to past generations.

That could result in a “debt hole” whose size is estimated to range from $50 to $250 trillion – the amount needed to cover the entitlements and commitments to those expecting to claim their expected benefits. But where will that money come from?

Higher taxes for younger generations are one possibility. So is printing more money. And higher rates of inflation across the board could yield a way to make Social Security function in the short term. Part of the problem is of course that beneficiaries are living far longer than the original framers ever anticipated. In an era when life spans were much shorter, lifetime benefits lasted only a few years after retirement. But today, an individual collecting benefits at the earliest possible age could live another 40 years.

The key to making Social Security work for you, says Kotlikoff, is to understand its true nature as an insurance product. – one that can seem like a massive, government run Ponzi scheme. You buy homeowners insurance on with the hope that you’ll never need it – but when you do, you file a claim.

The same is true with Social Security. Kotlikoff points out those who wait until age 70 file for benefits can receive up to 76% more in benefits than\an if they’d field at the earliest opportunity. But the question remains, whether those options will be available to future generations.

What lies ahead for social Security – and the economy at large? Kotlikoff points to the “hidden tax” of inflation – a way to increase revenue by pushing prices up. And the future, he predicts, may well bring very high inflation as the government tries to cover the promises it made to generations past.

The Social Security situation is one that affects every generation. And that’s why, as Kotlikoff puts it in the title of his book, no matter how old you are, it’s important to know how to Get What’s Yours before it’s too late.  (Featured image: Flickr/SqueakyMarmot)