How the Politics of Location Affects the U.S. Economy 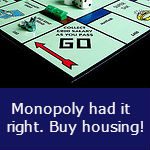 The concept of geopolitics sounds academic and tough to comprehend, but actually it’s not. Put simply, geopolitics is the study of how international relations between countries are influenced by geographical factors. For years, ever since the decline of Soviet Union power in the mid-1980s, the United States has enjoyed unquestioned supremacy at the top of the food chain when it comes to international dominance. Things, however, might be changing.

Bud Conrad, Chief Economist at Casey Research joins Jason Hartman on episode #301 of The Creating Wealth Show to discuss global geopolitical focal points and how they affect the United States. Conrad has also recently released a book titled, “Profiting from the World’s Economic Crisis,” and holds a Bachelor of Engineering degree from Yale and an MBA from Harvard. In the real world, he has worked for companies like IBM, CDC, Amdahl, and Tandem. His original analysis for Casey Research brings a unique perspective to the economy and investment markets.

Recent commodities market sputters notwithstanding, for two decades the Chinese economy has been an ever-increasing juggernaut that seems hell-bent on replacing the United States as the top economy in the world. While no one doubts China is a formidable force in the world market, there is always the lingering suspicion that their GDP numbers are completely fabricated. Of course, for all we know, our own economic numbers might be as well. It’s difficult to tell whether we’re comparing apples to apples or apples to donuts. What can’t be ignored is that America’s unquestioned status as the world’s only superpower is in jeopardy.

What’s the Deal With Deflation?

As the flip side of inflation, deflation seems to be less understood. Conrad and Jason both agree it is a dangerous force when it rears its head in our economy. According to Investopedia, deflation is caused by a decrease in government, personal or investment spending. Deflation has the side effect of increased unemployment, since there is a lower level of demand in the economy, which can lead to an economic depression.

Jason pointed out that the real insidious nature of deflation is that it causes people to postpone buying things, which slows the money cycle down, creates downward pressure on the economy, and risks causing a depression.

Transferring Wealth to the Lender

Another problem is created for investors in deflationary cycles; wealth gets transferred to the lender. Conrad harkened back to the most recent recession/depression in 2007, in which many homeowners became painfully aware of the term “underwater mortgage.” With an underwater mortgage, the house drops in value (thanks to deflation) and is worth less than the amount originally paid. For investors especially, this is an untenable situation as they find themselves paying off a mortgage in dollars which are worth less and less. This is how, in real terms, wealth is transferred to the lender.

Inflation is Great for Investors

Unlike deflation, where lenders hold all the cards, an inflationary cycle is the signal for real estate investors to get to work acquiring as much property debt as possible. As the antithesis of deflation, inflation means that wealth is transferred to borrowers as they pay back a mortgage on an asset increasing in value with dollars that are worth less as time goes on.

Ever since President Nixon took the United States off the gold standard in the early 1970s, inflation has been a constant in the national economy, which is why investors like Jason Hartman and economists like Bud Conrad have always been fond of income property investing.

Jason advances his theory that technology may serve as the economic savior for our nation, allowing us to grow our national wealth in spite of the kick-the-can-down-the-road politicians who seem intent on destroying the currency and economy in their headlong rush to avoid responsibility and tough decisions.

While Conrad thinks that it’s asking a lot for any sector, even technology, to overcome the dunderheadedness of our political class, he holds out hope for biotechnology, a promising process which allows bodies to rebuild themselves on the cellular level. He calls it literally life-changing technology.

Fracking Our Way to Peak Oil

Fracking is a new term coined by the oil industry to describe advanced drilling techniques that allow them to reach formerly unreachable oil and gas deposits. As a pioneer of the technology, the United States has seen the recent rise of fracking shake up the decades-long market stranglehold exerted by the Middle Eastern members of OPEC. While Conrad believes Peak Oil will eventually make all forms of oil technology obsolete, for now it has certainly been a boon to the American economy.

A recent article written by Conrad goes into great detail comparing gold to housing as investment vehicles. While on the surface the two might seem disparate assets, they actually have more in common than you might suspect. Though Conrad’s article covers 25 pages of text, graphs, and charts, there is one interesting takeaway. In 2005, it took 500 ounces of gold to buy a house. Today it only takes 100, which shows that the housing market has slumped in comparison.

But, as followers of Jason Hartman’s method of creating wealth already know, a slumping housing market is your signal to buy, buy, buy. History shows us that income property investing is the best investment of all time. Prices always recover and forge ahead to make even higher highs. Conrad likes gold and housing because both offer protection against inflation and both can be held outside the entrenched monetary system.

It’s Going to Get Worse

The bottom line advice offered by Conrad is that the average American should realize that our national economic and monetary systems are not stable. It would be a good idea to proceed on this assumption and take whatever measures you can to protect yourself and family financially.

To find out exactly how to do that, consider reading Conrad’s book, Profiting From the World’s Economic Crisis.

Use a Self-Directed IRA to Maximize Your Portfolio