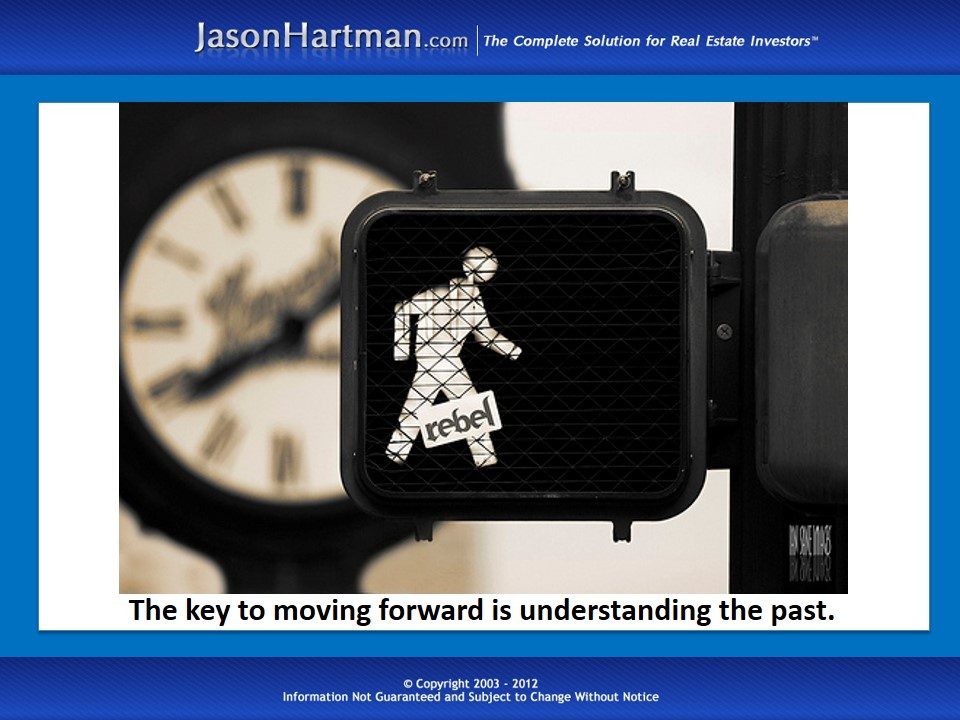 Before we can move forward, we must first understand our past. This is true for personal relationships, employment, and investments. It is especially true for real estate. From 1968 until 2003, there’s never been a national housing downturn. Locally, we’ve seen a lot of downturn—California, for example, suffered seven years of struggle. Meanwhile, other markets showed success.

In a 1996 (before the real estate boom) article published in the Wall Street Journal (a publication that relies so heavily on advertising from Merrill Lynch, Fidelity, etc. that the information contained within is essentially useless) makes claims that imply real estate is purchased with cash. The article assumes that real estate is purchased with cash and so you’re comparing the base appreciation rate to small cap stocks—in this case, it appears that you would have done better with small cap stocks.

But it is an oversimplification at best, an all-out lie at worst. If you put 30 percent down on a property, you get a 5:1 leverage ratio. Then, take 11.1 percent and multiply it by five to get a 55.5 percent annual return. But this too is oversimplified—we’re not addressing cash flow. If it is negative, this number will be lower. We’re also not thinking about tax benefits, which make the number higher. If the property is sold quickly and you’ve got closing costs, the number is lower.

Unlike some investments, real estate is not very liquid. Jason Hartman thinks that this is one of its greatest assets—it is less volatile because of it. The illiquidity makes real estate a difficult choice for people living pay check to pay check—it’s hard to offload in a hurry. But it is a great, safe, and stable choice for those looking to make real money. Invest $10,000 is the S&P 500 in 1992 and ten years later, you’ve got $17,000. Invest $10,000 in a $100,000 house in 1992 and ten years later, you’ve got $159,000 (which doesn’t even include tax benefits!).

Even if the assumptions we’ve made based on historical trends only work out only half as well as we’ve projected, it is going to beat every other form of investment. Unlike other types of investment, real estate doesn’t have to make up lies to seem like the optimal choice. In the words of Jason Hartman, “At the very least, income property sucks less than everything else.” (photo credit: Ian Sane via photopin cc)

* Read more from JasonHartman.com
Win Tickets to Creating Wealth Bootcamp
Buy or Rent? Do the Math