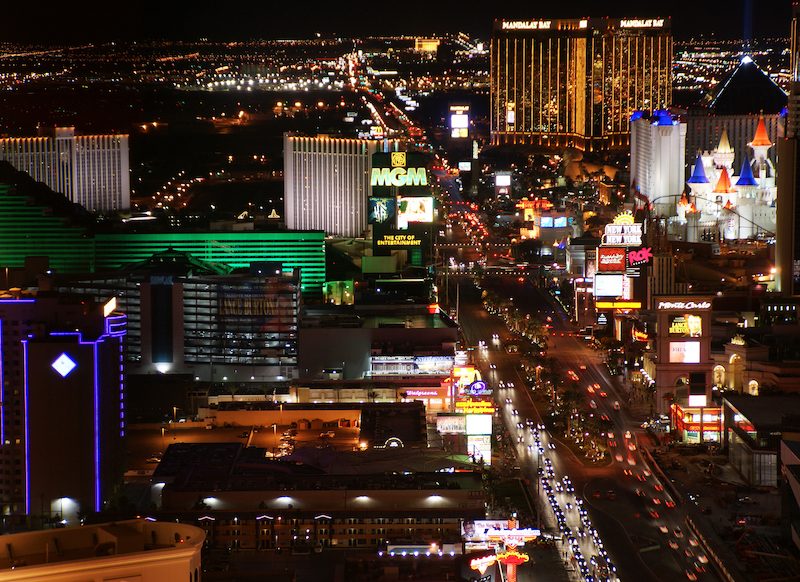 As a follower of real estate investing expert Jason Hartman, you most likely have come to realize by now that his Platinum Properties Investors Network is located in Las Vegas and that he spends time there.

Last Sunday night, Hartman indeed was there—atop the Mandalay Bay Hotel Las Vegas, at the same time that a gunman opened fire there on a concert crowd below, killing 58 people and leaving more than 500 injured.

Hartman was attending a real estate-related event in the House of Blues Foundation Room on the 63rd floor of the Mandalay Bay Hotel Las Vegas and on its balcony when the shots rang out. His vantage point was almost twice as high as the gunman, who emptied an arsenal of weapons and bullets from a 33rd-floor suite.

The creator of the “Creating Wealth” podcast show, Hartman filed a special report about what he saw that tragic night and posted it on his podcast.

Hey it’s Jason Hartman, and I wanted to do this special little segment here of the podcast because I actually witnessed the Las Vegas shooting last night. That changed my life forever. I’m sure I’ll just never forget that, and it was horrific, for sure.

I was at a business meeting, hearing about a real estate deal that Grant Cardone was talking about. You might have heard of Grant Cardone: He’s an author, real estate investor. I was there with several of my friends. We were at the Foundation Room at the top of the Mandalay Bay Hotel.

As we were leaving around 9:30 or so, 9:30 pm on Sunday evening, we walked through the main Foundation Room area. The Foundation Room is like a private club that’s part of the House of Blues—it’s at the top of the Mandalay Bay Hotel.

We walked out onto the balcony and heard what we now know was a lot of gunshots … automatic weapons, a lot of gunshots. It was very, very loud, the way it echoed through the building. At first, we didn’t know what it was, people were talking about it, saying, “What’s that noise? Is that a jackhammer? Is it fireworks? Is it sound effects?”

Then we looked down onto the country concert, the Route 91 Harvest Festival that was below us. And the movement was odd, you know, it was far away—so at least with my eyes I couldn’t see it extremely well, but I turned on my iPhone and started capturing video. And I used the iPhone to actually zoom in to see it better. And it looked like people were laying on the ground

And, turns out, they were.

And, so, people were leaving the event, and what made us realize that there was really a problem here, that this tragedy was actually unfolding, was that it was only about 9:30. And anybody knows the concert probably wouldn’t end till 11 pm or so. Why is everybody leaving?

We got in the elevator and left and went downstairs, and it was kind of a strange scene downstairs. Some people had no idea what was going on. Some people were starting to look like they were really exiting fast. People were looking around, but it hadn’t really occurred (what happened), basically, to most people in the lobby.

We got out, got the car, started on the way home. And you could just see police cars coming from every direction. They were blocking roads. They were barricading, forming a perimeter. Maybe the suspect is trying to get away, so, you know, they need to control the scene. They were closing bridges.

I saw a lot of this from upstairs at the Mandalay Bay hotel as well. Just a tragic, terrible event. These disgusting terrorists. ISIS claimed responsibility for the event. The media is sort of half-reporting that, half not, it seems like. You know, there’s all this agenda and political correctness. You can never get the truth about anything anymore, it seems like.

But, who knows? Nobody ever really knows yet. It’s just too early to tell what really happened here. But at this point, I think, the fatality toll is like 58 people and over 500 people wounded, some very seriously, I’m sure.

So, I’m at a charity event right now, called Mondays Dark, where people have been dropping off supplies, water, paper towels, diapers, medical supplies, personal hygiene supplies, everything—juice, cups for the blood banks. They tried to get a blood bank here, and the blood banks are super busy, so that’s good news. People are donating blood, thankfully, and they couldn’t get the blood bank to come here, the bloodmobile.

But, wow, I just never in my life thought I would witness some terrible tragedy like this. And you know, many people have been reaching out since I posted that video—the media, friends, of course, saying, “Are you OK, you must be shaken up?” Yeah, I’m shaken up about it. I don’t know that I’ve really processed it yet.

But it was no big deal for me. I mean, I saw it, but I saw it from a distance. There were people on the ground that saw people bloody, dead, must have just been awful. Of course, there are the actual victims—a zillion times worse. So, what a sad day: the biggest terrorist attack in the U.S. since 911.

And it is of great concern that the next (gunman) will try to outdo it and make it worse—whatever terrible method these disgusting psychos use.

(Hartman goes on to interview a couple of friends who were told by police to stay at Mandalay Bay and were on lockdown the rest of the night as confusion swirled around them. Click here to hear the entire podcast from Hartman, including the latter part that includes his interviews with friends.)