Bitcoin Exchange CEO’s Arrest: What Next for Digital Money? 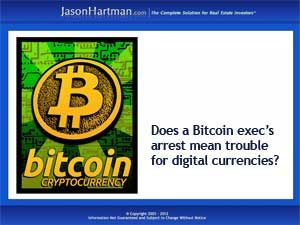 The recent arrest of Bitcoin exchange entrepreneur Charlie Shrem is putting the upstart cybercurrency back in the news. It’s a move that has Bitcoin advocates claiming persecution, and providing more evidence for theories that governments and institutions that see the digital money’s popularity as a serious threat are laying the groundwork for shutting it down.

Charlie Shrem is just 24, but he’s already running Bitinstant, a major Bitcoin exchange. The FBI nabbed him in connection with transferring Bitcoinage with links to the now-defunct drug market Silk Road, where the anonymity and untraceabilty of the Bitcoin made it the currency of choice for buying a variety of illegal substances.

Silk Road was targeted in 2013 by Federal agents, who posed as buyers on the site and ended up confiscating millions in Bitcoins and shutting the site down. Ad because Shrem conducted transactions in Bitcoins for a dealer with ties to Silk Road he now stands accused of money laundering and lying to the Feds.

But there’s one charge filed against Shrem that has Bitcoin advocates worried. In addition to the charges related to Silk Road activity, he’s also charged with “operating an unlicensed money transmitting business.” That, say supporters of the unregulated digital currency, establishes a precedent for cracking down on anyone who deals in Bitcoin, since the primary reason for the currency’s rise in popularity is its freedom from licenses and restrictions.

Shrem’s arrest also comes against the backdrop of increasing worries about domestic surveillance conducted by the National Security Agency. There’s now a long list of products and services thar claim to help users block that kind of snooping – and the Bitcoin is high on that list, precisely because it’s open to all, transactions are hard to track, it’s accepted virtually everywhere in the world, and users can stay anonymous.

All of these developments are making supporters of the Bitcoin – and those concerned with the erosion of civil liberties in general – very nervous. Bitcoins are making serious inroads into transactions in all sectors of the local and global economy – including real estate. More and more property purchases are being made with Bitcoin and some investors are even accepting rental deposits in the currency as well – and that’s an aspect of the Bitcoin saga that that could impact investors following Jason Hartman’s guidelines for building wealth in income property.

The Bitcoin has gone from the little currency that could to a global heavy hitter capable of attracting the attention of powers that be who see it as a threat to the established monetary systems they depend on. If it’s true that making enemies means you’ve arrived, then the Bitcoin’s troubles could mean it’s a currency to be reckoned with for the long term.  (Top image: Flickr/PrettyHue)

Jason Hartman is the complete source for real estate investing. Read more from our archives:

Can Digital Money Change the World?