There’s No Better Time for Entrepreneurship 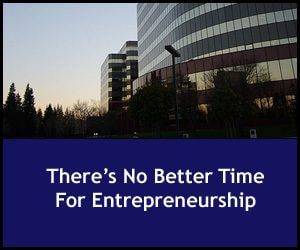 The future belongs to the entrepreneur. That’s the message of recent Creating Wealth Show guest Gary Hoover, a man of many startups who joins host Jason Hartman to talk about books, robotics and what the future holds.

Editorial
As always, Jason opens Episode 551 of his top rated podcast with an editorial segment featuring investing lessons learned from Monopoly and a look back at real estate in the days after the housing crash.

After playing Monopoly as a child and more recently with friends, Jason points out that he realized that when faced with a choice between cash and property, it’s clear that property performs much better. It’s a multidimensional asset that gives the holder more options than a simple cash payment can.

Referring back to a post he made in 2010, not long after the housing collapse of 2008 that plunged the country into recession, Jason notes that while the market may have changed dramatically in the “recovery” years since then, it turns out that RV rations really haven’t. Finally, he closes the segment with a reminder about the upcoming Jason Hartman University event in San Diego at the end of August 2015.

Gary Hoover: Is the Future Bright?

Entrepreneur and speaker Gary Hoover owns 50,000 books. That’s print books, not digital editions. And when he does buy ebooks, he promptly prints them out. Hoover is a collector and entrepreneur who’s launched six startups – or nine, if you count his early efforts.

One of those companies was Bookstop, a bookstore chain that was eventually snapped up by Barnes and Noble. His current projects include the Hoover Museum; a new venture dedicated to innovation and technological advances. He’s also an advocated of efficient learning and discusses his strategies for getting the most out of the books that he reads.

Hoover has perfected a system for getting the most out of a book in less than 30 minutes. It’s strategy that involves reading the table of contents and first chapter to get a sense of the author’s message, then taking a close look at the table of contents, index and illustrations for a quick read on what’s new and what’s been duplicated elsewhere.

This strategy works best on print books, not ebooks, says Hoover. That’s one reason he prefers the printed word to books in digital form; reading ebooks is actually too slow.

Many books today are packed with redundancies and unnecessary text, he says. Why are books today so thick and unwieldy? It has to do with display on a bookstore shelf: spines need to be thick enough to display the title and other information. A book that’s too slim to do this won’t display or sell well. Not so for ebooks, but print books still sell more copies than their digital counterparts.

What Does the Future Hold?

In spite of dire predictions and some obviously negative trends, Hoover maintains that the world is rising, not declining. People are living longer and healthier lives than ever before. Work and life are more efficient than ever. Literacy rates are rising and so are opportunities.

There’s never been a better time to be an entrepreneur. But American entrepreneurship does face competition. Not from Europe, but from Asia. It’s a mistake to look to Europe as a model, since the countries of Europe are caught up in the past, not looking toward the future.

While the US is no becoming what Hoover calls an “older society” with an aging population and lengthy history, it’s still a forward looking culture with much innovation and openness to new technology.

It’s that very technology that’s starting to worry some people. As Jason points out, some experts predict that the much anticipated “robotics revolution” is just around the corner. In the next five to seven years, robots and artificial int4ligencesd could claim up to 47 percent of all jobs and change human society forever.

The changes are coming so quickly that society as a whole is largely unprepared. How can we as society prepare people for such a drastic challenge to our accustomed ways of living and doing business? asks Jason. After all, everyone will be affected in some way.

Hoover is a fan of robots. His Hoover Innovation Museum is dedicated to just that kind of innovation and new technology. He maintains that fears about the ways robotics will change our world are largely unfounded.

Change will come more slowly than you think, Hoover says. And new opportunities will arise, too. If robots take over many industrial and manufacturing jobs, there could be an increase in entrepreneurship and artisan goods, as people step outside the confines of traditional jobs and strike out on their own.

What’s more, there could be a backlash. People threatened by the new technology will push back. Government regulation may try to slow it down, too. But above all, human society has faced challenges from new technology before and survived. It will again. In fact, says Hoover, the advent of wide scale robotics could open the door for a great spiritual awakening, as people who find themselves with more leisure time than ever will be free to focus on more esoteric questions.

In any case, Hoover, who describes himself as an optimist, points out that overall there’s no evidence in human history for being pessimistic. Even in dark times, society has recovered and achieved a new balance. And though new challenges lie ahead, new opportunities also await those with the spirit it of entrepreneurship. (Featured image:Flickr/rutio)

The Real Secret to Attracting Wealth