The Real Secret to Attracting Wealth 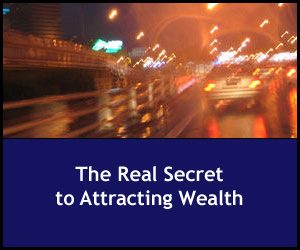 Every tenth episode, the Creating Wealth Show podcast takes a break from focusing on investing and entrepreneurship to bring you insight from very different spheres. Episode 550 is one of those shows, as host Jason Hartman chats with bestselling author (and musician) Joe Vitale about the secret behind the Law of Attraction and the obstacles we create to building wealth.

First, though, Jason opens the episode with his editorial segment, a brief roundup of things you need to knew from the world of income property investing and finance.

Fresh from his July property tour of Chicago, Grand Rapids and Detroit, Jason introduces listeners to one of the hot property deals in the Chicago area, and explains why, at a price of $130,000 and already rented, it promises an overall annual ROI of 38 percent.

Jason closes the segment with a reminder about the upcoming Jason Hartman University event in San Diego on August 29-30, 2015 – an opportunity for participants to get the in-depth training they need to take control of their investing career and start building wealth.

Joe Vitale: The Law of Attraction Is Just the Beginning

Money is a Challenge – But Why?

For many people, getting enough m money to live comfortably – let alone in wealth – seems imp0ssoble to achieve. But why?

As Vitale puts it, “taking care of this money thing” doesn’t just open doors to new opportunities and enhanced comfort, but it also creates ways to do good in the world. So it would seem that making more money would be something anyone would want to do.

But that isn’t the case. We’re trapped by subconscious beliefs about money that limit our ability to allow it into our lives. Vitale says there are two main reasons for this. We have bad attitude toward money, or we have a bad attitude toward ourselves.

We’re programmed to feel negatively toward money, says Vitale, but the fact is, money is neutral. It’s simply a tool that helps us achieve what we want, and it’s not really in short supply. In fact, money is a good thing, and successful people attract it because they see ways that money does good.

The Law of Attraction: The First Step

That’s where the Law of Attraction comes in. Popularized in the film The Secret, the Law of Attraction says that you can attract what you want by aligning your thinking with that thing. But that film simply showed viewers how the mind works. There’s one more step, and it’s one that Vitale says all too many people miss.

It may seem that all you have to do to make the Law of ttractionw work for you is to think about your goals, and align yourself with your desires through practices like meditation and visualization. But the real secret is that you must follow those things with “inspired action” – steps that put those goals into action and demonstrate that you trust the Universe to be a place of abundance.

How does that work, in practice? Vitale refers listeners to his fee ebook, Attracting Money, for seven basic steps with detailed instructions. But in the meantime, it’s important to “get clean with money” – develop the right mindset to allow it into your life. If you’ve done that, then you have the money you want.

If not, then it’s important to ask yourself what beliefs you hold that would keep money from coming your way. Vitale points out that beliefs are not facts – and most of them are countered by looking at facts. The more you can break free of inner barriers, the more doors open for external change. Here are a few ways to begin shifting your thinking about money.

Practice “prosperous purchasing.” If you want something, and you have the money to buy it, do it. That sends a message of prosperity. If you skip buying that thing when you want it and can afford it, it reinforces the message of lack and scarcity – and sabotages the entire effort to attract more.

Give some to get more. Vitale tells Jason that this seems counterintuitive and many people resist it, but giving what you can brings more back to you. In religious terms it’s called “tithing.” Even if you don’t have much, giving what you can in ways that have meaning to you creates a “bond of trust’ with the Universe that invites more abundance.

Giving doesn’t have to involve making donations to a charity or a church, Vitale emphasizes. It might be tipping a waitress or supporting an artist – helping anyone who’s contributed toward your goals in some way.

Think like an entrepreneur. Successful entrepreneurs don’t have tunnel vision, says Vitale. They look for problems to solve and ways to build multiple income streams.

One way to do that is to listen to complaints. What are people unhappy about? What problems are they facing – and how can you solve those problems? Successful entrepreneurs see opportunities everywhere. Once homeless and sunk deep in poverty, Joe Vitale has done just that.

The takeaway for investors – and anyone who wants to attract more money? Tune into your passion, says Vitale. Follow that dream – it’s the road map to success. (Featured image: Flickr/ju-x)

CW550:  Joe Vitale – Money, the Law of Attraction and Action Steps – You Simply Need to Think Like an Entrepreneur