Why Republicans are Winning the Housing Recovery 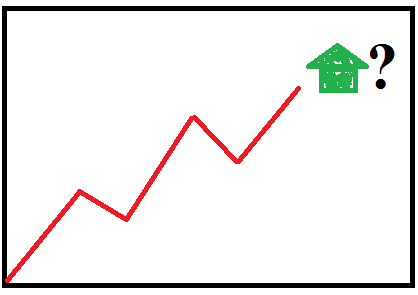 Bryan Ellis Investing Letter –  If you want to live in a state where the housing market is clearly in a state of recovery and heading in an upward direction, you had better check the political climate before you buy. You might be thinking that this is some sort of political propaganda, but in reality a recent study from RealtyTrac indicates that of the 52 percent of housing markets in the United States that are better off now than they were two years ago, 78 percent lean right, or can be considered to be “red states.” The study involved 1,547 total counties representing 77 percent of the total U.S. population, and required markets to meet three of five criteria in order to be considered improved. The criteria were: significantly fewer foreclosure starts, higher median home prices, a percentage of homeowners severely underwater lower than the national average, significantly lower unemployment, and housing prices that were not rising so quickly that “average people” could no longer afford to purchase a home[1].

Daren Blomquist, vice president of Realty Trac, speculated that the reason for the political divide in housing recovery rates likely has something to do with “how the blue and red states dealt with the foreclosure crisis.” He explained that blue states tended to take a “more pro-active/aggressive stance toward foreclosure prevention, while many of the red states have taken a more laissez-fair approach.” Unfortunately, the end result has been in many cases that states that attempted to artificially prevent foreclosures without actually solving the issue of homeowners’ lack of funds, employment, or total inability to pay their mortgages, now have a huge foreclosure backlog thanks to legislation that slowed the foreclosure process. The red states, on the other hand, that allowed foreclosures to proceed, “were hit hard early on by foreclosures but now most of the foreclosure problem has cleared – which has also allowed home prices to rebound faster,” Blomquist said. He also offered another explanation: the red states might not have been as impacted by the housing bubble because they tended to be more rural, while blue states tend to be “more urban and suburban.”

WHAT WE THINK: We think that probably the main reason for more rapid housing recovery in red states is that these states were less likely to attempt completely unrealistic legislation that slowed foreclosures but did not solve the problems at the root of the housing crisis. It is too bad that both ends of the spectrum could not have taken some lessons from each other and attempted to pass meaningful, effective legislation that might have actually helped homeowners who could be helped rather than simply going for talking points, in the case of the blue states, and attempting to bulldoze the recovery through, in the case of the red states. Ultimately, while it definitely is painful, if you must take one approach over the other then what Blomquist called “laissez-faire” is the way to go, though honestly it’s more about getting out of the way of the markets and allowing the economy to recover and less about just waiting to see what happens, as Blomquist implied. The real shame here is that legislation and greed created the scenarios that put homeowners that simply could not afford to own homes in homes and then more legislation kept them there and kept their homes in limbo long after they left, thereby hurting everyone in the housing market in the end.

Do you think that the housing recovery is politically linked? Did the red states or the blue states do the right thing? Tweet us at JasonHartmanROI or let us on know of Facebook!