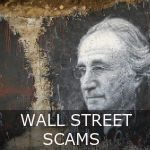 The topic of Wall Street scams is one near and dear to Jason Hartman’s heart. For two decades he has preached the gospel of real estate as a direct investment that allows fewer opportunities for scammers to separate investors from their cash. Listen in on episode #329 of The Creating Wealth Show as Jason picks the brain of James Altucher, author of the blog, “Altucher Confidential” and the book, “Choose Yourself: Be Happy, Make Millions, Live the Dream.”

Altucher has made the transition from traditional to self publishing and is loving every minute of it. As a content marketing revolutionary, Mr. Altucher has undertaken such strategies as writing books based off Twitter conversations, paying people to read his books, and even pre-selling releases on Bitcoin. In addition, the man has lost millions of dollars in the stock market, but then figured out what he was doing and made many more.

Globetrotting: Jason’s at it Again

Before getting to the guest interview, Jason reveals that he has taken The Creating Wealth Show podcast on the road again and is speaking to us from Croatia. Other countries he either has or will soon visit on the trip are Switzerland, Austria, Germany, Spain, and Iceland. Though he loves travel for its own sake, long time listeners expect that he is scouting prospective foreign income property purchases. Unfortunately, no luck yet. While the idea of owning foreign property has an undeniable charm, the world outside the United States has yet to offer deals that meet all his investing criteria. On previous excursions, he has visited Australia, Europe, South and Central America (especially) with the same result: he’s still looking for that first great foreign property deal. It’s no accident the Chinese, Japanese, and British are buying American real estate like crazed dingos.

Most people know James Altucher as a highly successful investor and financial writer. Few realize he emerged flush with cash from the dot com boom of the late 1990s and promptly began losing it on Wall Street to the tune of about $1 million a week in cash. It wasn’t long before he found himself dead broke.

With no MBA, experience, or assets, but lots of motivation to earn all that lost money back, he created a software program that modeled the stock market. His growing reputation as a guy who could make money in the market resulted in jobs managing hedge fund accounts, and then finally starting a hedge fund of his own. Altucher’s years in the trenches of stock investing led him to the conclusion that almost all of Wall Street is a total scam. Sound familiar? Jason Hartman likes to regularly express those same sentiments.

The Only People Who Make Money in Stocks

It is Altucher’s opinion that the only people who make money in stocks fall into three distinct categories:

This is not to say that a retail trader is doomed to failure for eternity, but you have to be careful and change your approach. Here’s what you should do.

Look Where Everyone Else Isn’t

The three trader types listed above target medium to large cap companies that are traded publicly. As a small retail trader, you’re not going to beat the manpower and computer power at their disposal. Altucher suggests you research micro cap stocks that are too small to draw the attention from the Big Boys. There is plenty of opportunity for profit to be found there. The process of uncovering likely investments is a little more hands on than simply pulling up stats on a laptop. You need to study their financials but also put boots on the ground. Meet the Board of Directors and CEO. Talk to them and pick their brain. This allows you to develop a personal feel towards the company’s future prospects.

Keep in mind that it’s time to sell if you happen to be invested in a company that Wall Street comes sniffing around. By the time the big boys notice it, the game is over. It’s time to take your profits and go in search of another micro cap company that hasn’t made it to the radar yet.

A Caveat When it Comes to Large Cap Stocks

There are few absolutes in life and this is no different. Altucher offers a caveat for investing in large cap stocks if they have great demographic trends behind them. An example would be Coke. Warren Buffett, who has held stock in the company for years, expresses his reasoning as, “Everybody in the world wants to drink a Coke.” Say on, oh Sage of Omaha. Everyone in the world eventually does want a Coke, and that’s a great demographic to count on.

It’s obvious Altucher knows a lot about hedge funds, even running his own for several years, but today’s hedge fund industry has been ruined by the bleedover from Wall Street scams. These days you can count on a bunch of mini-Madoffs’ (moniker derived from Bernie Madoff) skimming, scamming, and promising the world to silly investors. Altucher found it almost impossible to raise capital in that environment, despite having never had a down month in his hedge fund. Since these shady fund managers aren’t dealing with the immense numbers achieved by Madoff, they’re considered small fish by SEC investigators, and not worthy of pursuit by the beleaguered agency.

A Final Thought About Return on Investment

Generally, the market returns about 7% annually. If you use a traditional broker, take 2% off the top, which is what you’ll pay in management fees. Take another 3-4% away to account for government reported inflation (though that number is obviously lowballed). So there you sit with a 2% profit on your investment. That’s not very good. See why Jason loves income properties with annual returns from 20-40%? For more information on James Altucher’s latest book and all things Altucher, visit www.jamesaltucher.com .  (Image: Flickr | Abode of Chaos)

Unlikeable: The Problem With Hillary