US dollar is Most Crowded Trade in World 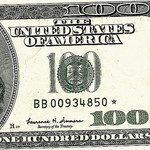 Business Insider – Going long the US dollar is the most crowded trade in the world.

And over the last several months, this has been among the best trades in the world.

However, in a note to clients on Friday, Gluskin Sheff’s David Rosenberg asks if maybe it isn’t time for this trade to take a breather.

“There are certainly plenty of reasons why the greenback should be the world’s currency darling, but at some point all the news is in the price — we may well be there in terms of the US dollar story, which looks long in the tooth even if not totally over.”

Rosenberg argues that the Fed has been more vocal on how the strong dollar has hurt US growth and trade and doesn’t see the Fed as eager to get change its current policy stance as a result.

Though this is not really what strikes Rosenberg about the current state of the dollar trade.

“More to the point,” Rosenberg writes, “the trade-weighted dollar may have just risen a bit too far and a bit too fast.”

Additionally, the market is positioned like the dollar won’t do anything but go up, with Rosenberg noting that the net long position on the Intercontinental Exchange is nearly at a record, with speculators now having not bet against the dollar since May 2014.

And as for those long speculators, “What happens if they start to take some profits?” Rosenberg asks.

Rosenberg doesn’t think investors need to altogether abandon the idea that the dollar will continue to strengthen, but it’s important to keep in mind how much mean reversion matters in investing. And the dollar’s furious rally, via FRED: