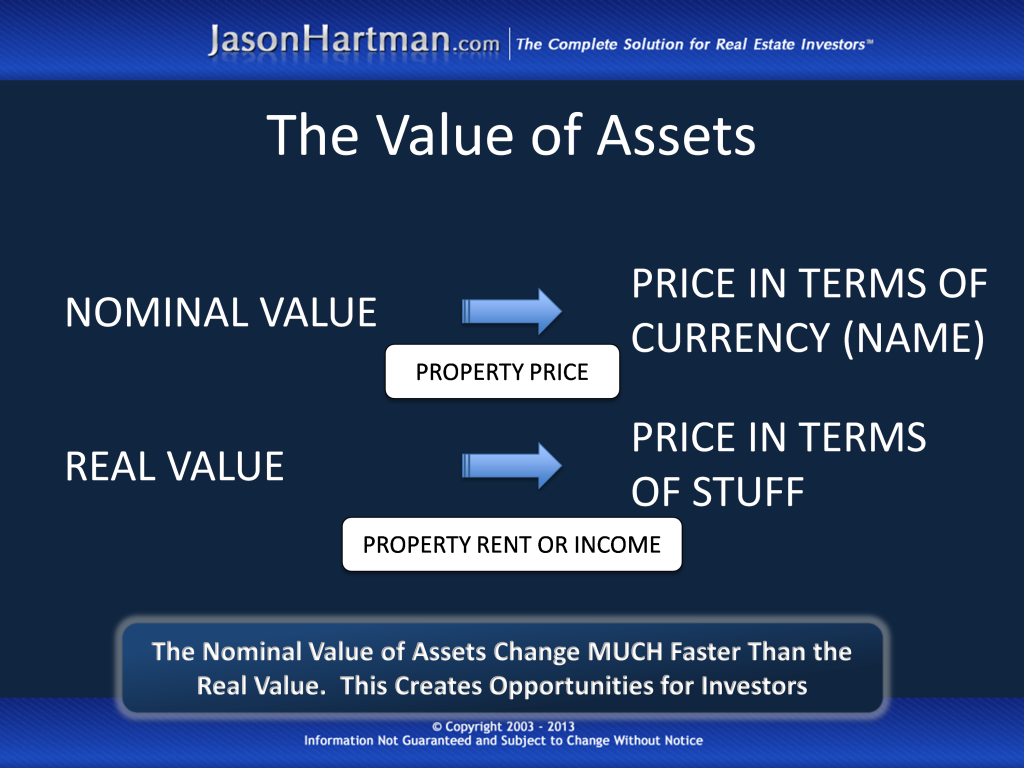 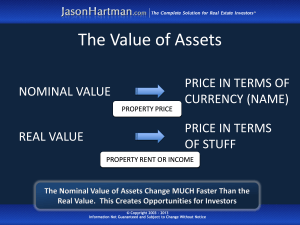 When considering the value of an asset, what most people consider is the nominal value or “price” of the asset.  When prices are going up, people get excited, and greedy.  Rational analysis quickly gives way to fanciful visions of easy wealth.  Conversely, when prices are going down, people become fearful.  Calm evaluation of the objective facts cedes to hysterical speculation about worst-case scenarios.

This roller coaster ride of greed and fear is what most people think about when the notion of investing is brought to mind.  It is the characteristic of financial markets that the majority people find most difficult to accommodate.  The reason for this is because price movements up and down appear to be random.  This is extremely discouraging, since it makes people feel like the markets exist for the sole purpose of moving against them once their capital has been invested.

The fallacy that is implicit in this line of thinking is the view of an asset’s value in terms of its nominal price only.  This is because the nominal price of an asset is only its value when expressed in a particular currency.  Thus, when the real value of that currency declines, the nominal value of assets denominated in that currency will increase.  It is important to understand that this increase does not necessary denote an increase in the real value of the asset.

When applied to Real Estate this phenomenon plays out as follows:

The “nominal” value of a property is the price that it carries in the marketplace, whereas the “real” value is the amount that other people will pay for the use of that property in the form of rent.  While the nominal price moves up and down rather rapidly, the cash flow or “real” value of real estate is much more stable.  This is the reason why intelligent investors focus more on cash flow than price movements … the market price or “nominal” value of assets move and shift like the winds, but the cash flow remain much more constant.

Thus, when we are looking to make investments to generate long-term wealth, we should resist the temptation to focus on “nominal” value as expressed the price, and turn our gaze to the “real” value that is expressed through the cash flows.  Instead of finding a property where you expect the price to increase, look for a property where the level of cash generation is attractive relative to the price paid.  This is the way that intelligent investors have created real wealth throughout all of history.