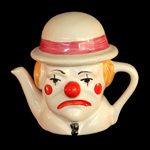 Jason likes to close the monthly Creating Wealth in Today’s Economy seminar with a poem called The Reluctant Investor’s Lament. It was written in 1977, but still packs a wallop of powerful thoughts. Below is an abridged version for your reading pleasure.

“I hesitate to make a list, of all the countless deals I’ve missed;
Bonanzas that were in my grip, I watched them through my fingers slip;

And while I thought things over twice, another grabbed them at the price;
It seems I always hesitate, then make up my mind when it’s much too late;

A very cautious man am I, and that is why I never buy;

When Tucson was cheap desert land, I could’ve had a heap of sand;
When Phoenix was the place to buy, I thought the climate was much too dry;

“Invest in Dallas – That’s the spot!” But my sixth sense warned me I should not.
The golden chances I had then, are lost and will not come again.

Today I cannot be enticed, for in 1977 everything is so overpriced.
The deals of yesteryear are dead, the market’s soft and so’s my head.

At times a teardrop drowns my eye, for the deals I had but did not buy;
And now life’s saddest words I pen, If only I’d invested then!”

Now get out there and pull the trigger on a deal!