The Power of Compounding Interest 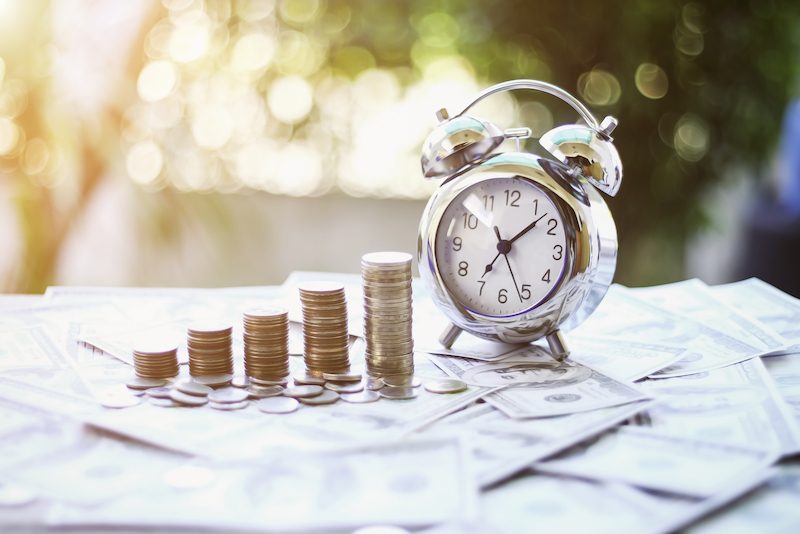 Learning and understanding the power of compounding interest can reap such great benefits for an investor over the long haul, once you grasp such key factors as reinvesting dividends, investing over the long term and always adding money.

Compound interest can reap such great benefits, in fact, that it amazed one of the greatest thinkers of all time.

The power of compounding interest also amazes a client of Hartman’s Platinum Properties Investors Network, Clay Slocum, of Chico, California, who appeared as a guest on the podcast episode to share his experiences thus far as an income property investor.

Slocum, who’s 32, owns five properties at this point of what’s an early investing career. But he has started learning about and understanding compound interest, and he likes what he has discovered from crunching some numbers.

“Being a millennial and potentially having the years ahead to work the magic on these investment properties, that number can do some real magic for you,” Slocum tells Hartman in the podcast.

“So, it was something I myself actually had to play around with in order to discover the true power. I’ve been honestly trying to explain it to my friends ever since. It definitely has its power to make your growth just exponentially fly up at a certain point.”

In addition to the power of compounding interest, Hartman and his Platinum client also discuss what it’s like to work with a Platinum Properties investment counselor and how you can learn more about taxes as an investor, among other issues.

The Eye-Popping Results From a Client’s Number Crunching

Slocum found that if you invest $100,000 in four properties and got 20 percent return on investment (ROI) on those properties annually, your investment will reach $14 million after an 18-year period. Granted, you would need to get a steady 20 percent or higher ROI to achieve those results and keep the investment going for 18 years to see such results, but they didn’t seem to surprise Hartman.

“The reason Einstein said compound interest is the eight wonder of the world is because when it compounds, you keep working with a bigger tool, with a bigger war chest,” Hartman tells Slocum and podcast listeners.

“And that war chest gets so big that once you get to the 14-million-dollar number … it’s hard, and it takes time, but it’s not incredibly difficult, like it might sound.”

“But I want to say to listeners, look, even if you’ve got 12 percent (ROI) annually or 10 percent annually, it’s truly amazing, it’s phenomenal what you can do in a relatively short time.”

Keeping an investment and maintaining it properly over 18 years is what can be difficult and seem like a long time.

But, “I just cannot believe how quickly my life has passed,” Hartman says. “And the older any of you get, if you’re 30, 40, 50 , 60 years old and older, you just know … you remember 10 years ago like it was yesterday. Every year passes so much faster, our perception of it does.

“If you just stay the course.”

Slocum says he got interested in crunching compound interest numbers after hearing another Hartman podcast guest talking about “leverage factor for appreciation and just how they can dominate—especially if you can find yourself in a consistently appreciating area or in one of the hybrid markets, like Phoenix, perhaps, and drive it up even higher.”

Slocum agrees with Hartman that “it’s pretty safe to just stay with your cash on cash and your principal pay-down” when tending to an investment in the long term—”those are good numbers in and of themselves.”

“Yeah, they definitely are when you can get 10 or 12 percent cash on cash,” Hartman says. “It used to be better than that. And those numbers will improve over the years as we see rents go up. Of course, rents always lag appreciation. We always say ‘don’t count on the appreciation, it’s just the icing on the cake,’ but it sure is a nice treat when you get it. And sometimes you get it in spades. It’s phenomenal. It really is.”

Slocum admits in the podcast that he could be considered a crunching geek because of his background as a pavement engineer, which is a part of the civil engineering realm. He’s also a licensed real estate agent. “So, I love the numbers, I’m into numbers all of the time.”

Hartman notes that many of Platinum Properties’ investment clients come from engineering backgrounds.

“It just boggles my mind how many of our clients are engineers,” he says.

“l always used to say when I was in traditional real estate for many years, before I got into the investment-only side of the business, that the most difficult clients to work with were engineers because it was very hard for them to make a decision.”

“But now,” Hartman adds, “I love engineers. They’re our best clients because our approach is so analytical.”

He says that investing in single-family homes—”the most historically proven asset class in the entire world,” as Hartman often calls it—rather than apartment buildings, mobile home parks, office buildings, retail centers or any of other types of real estate, requires people with an analytical mind.

“You buy a single-family home with an analytical mind, you buy it like an investor, based on my 10 Commandments of Successful investing and all of the other stuff we teach,” Hartman tells Slocum. 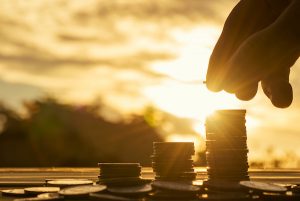 “But then, when you sell it some day, you can sell it to a non-analytical person, an emotional person who will pay you a premium for emotions, OK?” he adds, with a laugh. “I call it the ’emotionality premium,’ and that’ s just a great thing, you know? When you sell, you can sell to an investor or a regular traditional homebuyer, and when you buy, you buy like an investor … so you don’t get any emotional premium.”

“You know, I just renewed my (real estate) license and so I completely agree,” Slocum replies. “That’s why real estate agents use the comparable sales approach, whereas with multiplexes and everything else like that, they like capital rates, they like the income approach, or the cost approach. But with compounds, in order to use comparable properties, that’s how you can account for the human element.”

Slocum Likes Getting Into His Friends’ Brains

Slocum gets particular joy when trying to persuade his friends to join him in real estate investing and shows them his number crunching and the power of compounding interest.

“That’s the numbers I like to tell my friends when I’m trying to explain what I’m doing and see if they have interest,” he says. “Because it’s easy for them to say, ‘Well, see how that goes for you.’ Or, ‘Maybe after we buy another car or we’ve remodeled this part of the house.’ I just kind of tell them, you know, it pays to do it now.”

One of his friends drives a forklift, and Slocum asked him long it might take him to save for a down payment. The friend said it might take 18 months.

“So, I actually ran through it with him, and I said, ‘OK, if you can take 25,000 and put that into a house and say you get, let’s assume conservatively, about 24 percent, and I just walked him through, every single year, multiplying 1.2, which is a 20 percent increase.”

“And his eyes kept getting wider and wider, and he kind of walked away and at one point, he looked at me like, and he’s a high school friend of mine, and he said, ‘Why didn’t they teach us this in school, and we just kind of laughed.”

Hartman notes there are options you can consider when compounding interest.

“It’s like the iceberg,” he tells Slocum. “A lot of this return on investment sits under the water, and you don’t notice it, you can’t really see it, until later.”

“You wait a few years, and then you do my ‘refi till you die’ plan, or you sell the properties and you can 1031 exchange them. But if you want to take money out, you can do a new vehicle i’m looking at, and I’ll have a guest on pretty soon to talk about this in the future, called a deferred sales trust.”

“It’s something you can use if you want to essentially cash out, OK, and maybe you don’t want to buy another property. Now, I don’t think that’s the best plan, but it’s a way you can defer gains and extract the wealth from your real estate portfolio slowly and just pay taxes in little dribs and drabs so it won’t be such a hard hit.”

“There’s a lot of structure opportunities available and things like that. Clay, isn’t it amazing when you really look at these, the numbers and compounding effect? It’s just incredible, isn’t it?”

Are you newer to real estate investing and thinking it’s about time to enter the fray?

Slocum was in your position at one time. He was particularly wary about the Platinum concept of investing in linear properties geographically, or buying properties in different states that are proven steady markets.

“To some of the other people who might be on the fence out there: It took me awhile to buy into the concept of buying out of state, and that’s really one of the things I attribute to you guys.”

“You, and all the podcasts, and working with (Platinum investment counselor) Oliver extensively in the beginning—just kind of working through that and how the numbers worked, the comfort level of it. But one of the things that I think Oliver did best for me is after talking extensively with him, I think he might have paired me up with a match.com.”

“I really has been a pretty seamless process, which I didn’t necessarily anticipate, but I’m thrilled that it has worked out that way.”

Where to Go for Additional Tax Info as An Investor

Slocum also Hartman where an investor might get help with taxes and how they apply to investing.

There are many courses you can take, but Hartman says he has no certain recommendations. H&R Block teaches some, “and I was going to take one several years ago for my own knowledge, but the problem is they’re not focused and targeted, they just teach you how to fill out the form. They basically teach you how to become an enrolled agent.”

But one of the best ways, he says, is to buy software like Turbotax, or one of several others like it, and “try doing your own tax return.”

“I’m not saying that’s the return you’ll want to turn in to the IRS, but by just going through the exercise of using the software, you’re going to learn some stuff.”

“You can just listen to my podcast,” Hartman says.

“If you haven’t listened to some of the interviews I’ve done with tax experts over the years, go to jasonhartman.com and use the search engine there and find those interviews. Just listen to them, and they will help you and you can reach out to those professionals and talk to them and ask them questions.”

He concludes the podcast by thanking Slocum for raising the topic of the power of compounding interest and getting off the fence to become a Platinum investor. He then quotes another real estate investing expert, Robert Allen: “Don’t wait to buy real estate, buy real estate and then wait.”