The greatest Ponzi Schemes ever. 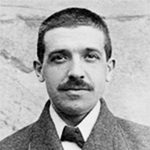 The term Ponzi Scheme, named for Italian-American, Charles Ponzi, back in 1920, describes an investment flim-flam that requires an ever-increasing volume of cash to stay afloat. The influx of new investor money is used to pay original investors and to line the pocket of the person that started the whole thing. The problem is, the model is destined to fail. Either the pool of suckers runs dry or the SEC figures out something illegal is going on, usually very late in the game.

Does the name Bernie Madoff ring a bell? He was recently jailed for his multi-billion dollar shell game that defrauded thousands of investors, many of them high-profile celebrities. But was that the greatest Ponzi Scheme of them all?

What about government financed entitlement programs like Social Security, Medicare, Medicaid, and propping up failed financial institutions? Aren’t these simply sanctioned Ponzi Schemes? You’ve got an ever-shrinking pool of tax paying workers making payments to an ever-increasing number (thanks to the Baby Boom generation) of benefit recipients. How long can that untenable model be sustained? At some point, don’t you have to cut benefits or raise taxes?

Not if you crank up the printing presses and produce more currency! That has been the political response for decades now and has directly led to the continually eroding purchasing power of our highly inflated dollar, a process which makes all Americans poorer unless…

You visit our website at www.JasonHartman.com to learn our unique strategy to profit from inflation.