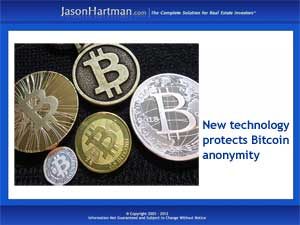 What’s in your (dark) wallet? As Bitcoin use continues to spread, so do efforts to regulate the digital currency and thwart its promise of anonymity. As Bitcoin users worry more and more about the vulnerability of the digital wallets used to conduct cybertransactions worldwide, a couple of radical coders have come up with a new weapon in the fight against Bitcoin regulation: the Dark Wallet.

Thanks to recent headlines about extensive government snooping, Internet privacy concerns and the Bitcoin’s own troubles associated with the drug site Silk Road and others, worries about preserving the privacy and anonymity of Internets transactions is at an all time high. The Bitcoin is in the middle of these swirling concerns, since it’s that very anonymity that’s making it the target of government regulators, banking institutions and criminal investigators.

A bit of history here: as we’ve been reporting since the Bitcoin began its journey into the world’s money markets, it’s been widely embraced by users who see it variously as a blow for personal liberty, a hedge against the instabilities of traditional money, and a convenient money laundering device, among many other things.

Digital currency was viewed as nothing more than a cyberspace novelty until millions of Bitcoins were seized in the FBI’s shutdown of the drug commerce website Silk Road, which gave regulators ammunition for arguments claiming that Bitcoins are supporting crimes such as drug transactions and pornography. Users began to worry about losing the privacy Bitcoin promised.

So a couple of Bitcoin coders from a politically radical techie group known as unSystem have created a device called Dark Wallet, a piece of software that promises to protect Bitcoin users’ identities more tightly than Bitcoin’s own security protocols.

Every Bitcoin user has a digital “wallet” for making transactions. Although the wallet promises anonymity, some information about a user’s identity could be recovered from those kinds of exchanges. But the Dark Wallet adds another layer of security, which frustrates impending regulations aimed at linking users’ identifies to their transactions.

That worries law enforcement officials, who fear that cloaking the identities of Bitcoin users so completely will boost the already booming criminal side of the Internet, where they’ve already been implicated in criminal activity.

But, say civil libertarians, everyone has a right to privacy. And Bitcoin shot to fame for precisely that – along with its promise of remaining unconnected to any traditional currencies or institutions. And as Jason Hartman points out, from simple regulations, it’s a slippery slope down to a complete shutdown of digital currency.

The Dark Wallet is still in testing, and for now regulations on Bitcoin use are largely on paper. But how digital currencies survive these challenges may offer a glimpse into the future of Internet security, privacy and personal freedoms.  (Top image:Flickr/bitcoinnation)