The Dangers of Cryptocurrency 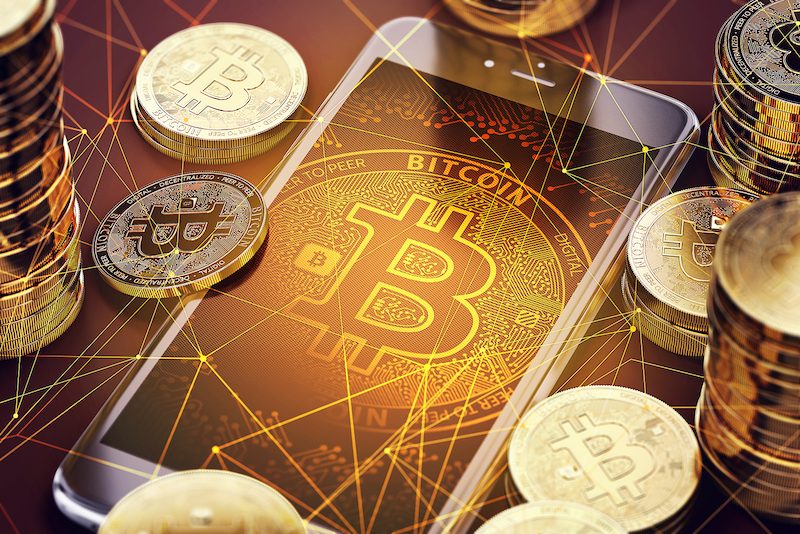 In this episode of the Creating Wealth podcast, Jason Hartman speaks with returning guest Cody Mamone, CTP, the Vice President for PNC Bank. Their discussions center around the dangers of cryptocurrency and the impact it stands to have now that Bitcoin is trading on two different exchanges in the United States.

They also discuss the growth of consumer debt in recent time, the past five years, as well as the predictions of interest rates and how much of an impact that even slight changes in rates can have on homebuyers.

Jason starts the podcast with a strategy of his, as well as a reminder of two of his ten commandments and how they fit together. Commandment eight, thou shalt borrow to accelerate wealth and reduce risk, and commandment ten, though shalt only invest in tax-favored assets. He mentions the perpetual wealth strategy of Paradigm Life, and offers listeners a chance to learn more about it at www.beyourbank.com.

Returning guest Cody Mamone attended the podcast back in 2013, when he was still a student at ASU. He is now the Vice President of commercial and institutional banking at PNC Bank, an admirable accomplishment to have at less than thirty years of age. He is joining the podcast again out of New York City.

Hartman introduces the topics to be discussed, the economy, consumer sentiment, consumer debt levels, the dangers of cryptocurrency, and unemployment. He asks that since the unemployment rate is now down to 4%, does it mean that the economy is looking better?

Mamone agrees that there are positive factors influencing the equity market, but also states that bonds and fixed-income prices still aren’t where they should be. As of Friday, the recent labor statistics state that unemployment is at a 10-year low, 4.1%, and that it’s on the front end of the economic focus. The Federal Reserve has started cutting down its balance sheet at a slow but steady pace. In terms of economic health, this change presents an opportunity and a concern for 2018.

Hartman mentions that Mamone sent him an article by JP Morgan Chase about saving versus savings. It states that the saving rate is the lowest on record at only 3.1% of income being saved. This low rate might be a sign of household financial strength, however.

Mamone explains that it’s important to look at how much consumers are able to save, the amount of income compared to overall savings as part of their personal balance sheet. In the past, households were saving 8.5% of their monthly income, and though the rate has dropped to 3.1%, examining financial positions shows higher overall FICA scores. The credit quality is still improving, despite the changes in savings.

As well as the differences in investment, more money overall is being saved because of the fact that even with a smaller percent of income saved, the rise in income has increased money saved. If spending is subtracted from income, by that definition, less money is being saved but Mamone explains that this view of finance is limited. He also states that the investment in durable goods is important to consider, for example: washers, dryers, major appliances, even cars.

In relation to durable goods, Hartman mentions that everything is improving tech-wise. Durable appliances, though they last a long time already, are being replaced with appliances that are more developed and technologically advanced. He gives an example of the technological advances of the refrigerator.

Hartman attempts to clarify by asking if these low savings rates are a concern.

Mamone explains that Jim Glassman, head economist in commercial banking at JP Morgan, has one way of looking at the rates related to durable goods and personal capital expenditures in terms of household spending versus savings, but that Mamone believes there are other factors to look into to reach a conclusion to establish concern.

Mamone mentions looking at hard data from the Federal Reserve, in terms of consumer credit, as well as online personal lending. He looks closely at the data that the Reserve presents, but notes that he understands that Hartman has a strong opinion regarding the Federal Reserve.

Though Hartman stands by his belief that the Federal Reserve is a scam, he also advises listeners to align interest with the powers that be rather than trying to fight them.

Mamone explains that in addition to monetary policy, the Central Bank is best at keeping track of hard economic data from other member banks. Looking at consumer credit data, Mamone states that something that has stood out in the last quarter is the revolving consumer credit, which has expanded to just over a trillion dollars for the first time.

Hartman clarifies that this is consumer credit, and does not include student loans, which is nearly at a trillion dollars alone.

Mamone mentions that revolving credit includes credit cards and similar credit services. He gives an example of a credit card that can be carried on for twenty years, from the bank’s perspective.

Hartman points out that after borrowing for twenty years, the item that was purchased at the start of that twenty-year term has lost its economic value by the time the term is over.

Mamone also explains that there has been very little consumer wage growth in the economy, at between 1.5 and 3%. Mamone asks where the extra funding is going to come from to cover the extra interest payments involved with the new outstanding consumer credit with no growth in wages.

The expanse in outstanding credit is only being exacerbated by online lending products, for example, the Marcus Products with their personal loans and online savings products.

The Dangers of Cryptocurrency

Hartman mentions having had dinner with a friend who is interested in cryptocurrencies. He refers to this craze as “tulip bulb mania,” being that it is essentially gambling when using a currency that is not backed by anything solid. It’s a speculative vehicle much more than it is a legitimate currency.

Overstock and Expedia are now taking Bitcoin as a currency, but very few other establishments are using it. Hartman explains that Bitcoin is both dangerous and that there is no real market for made up currencies of this sort. 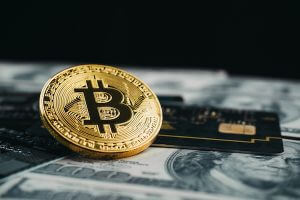 The environmental destruction related to Bitcoin is another thing to consider. Mining coins out of cyberspace is technically fake work. Nothing is actually being accomplished aside from pushing electrons around and having computers solving complex mathematical equations.

The electricity that it takes to mine one Bitcoin is staggering, not to mention the energy required to mine Bitcoin 24 hours a day. The Wall Street Journal mentioned that this process uses as much electricity alone as the entire country of Denmark.

Mamone points out that even though a single Bitcoin is apparently worth 18,000 USD, there is no backing behind these claims. With very little exchange peer to peer or consumer to business, it’s impossible for the coins to have developed any real material value.

Hartman asks what the future may hold for Bitcoin and if the volatility is going to increase beyond already insane levels.

Mamone announces that as of the time the podcast took place, at 3:40pm, two and a half hours later, the Chicago Board Options Exchange was going to roll out the first ever Bitcoin-related product, a derivative of what’s called a Futures Contract.

A Futures Contract refers to a legal agreement to buy or sell something at a predetermined price at a specified time in the future. This could be for a physical product or for a cash product. In this situation, Bitcoin is going to be cash settled.

With the launch of the Bitcoin-related product today, it enables any speculator to enter the market and voice their opinion on a long position or a short position.

Hartman points out that thus far, there hasn’t been the ability to go short, because doing so involves borrowing an asset that can be returned to a lender at a later time or exchanged for a different value.

In the situation with Bitcoin and the dangers of cryptocurrency, the Clearing House would manage the risks among the counter-parties. This is done by putting up initial margins, a capital of about 30% in this scenario to go long or short on a Bitcoin contract.

Mamone explains that this means the risk of Bitcoin is extremely hard to quantify at this point. The cryptocurrency is not comparable to any other established currency, being that all real currencies have backing by governments and militaries as well as hundreds of years of established validity.

He also states that the opportunity to go short in these contracts through clearing houses will create more volatility, but will also give the currency time to organically correct itself. He hopes that in the long-term, volatility will decrease, and the value of Bitcoin will more accurately compare to the US dollar.

Mamone predicts that this will still create a two-sided market that will be unstable for the foreseeable future until legacy, Bitcoin-supporting, players pull out of the market and liquidate their holdings making the dangers of cryptocurrency all the more apparent.

Hartman states that interest rates are very difficult to predict, due to it not being a natural market, though Mamone points out that it has gotten easier compared to previous Central Bankers with the Federal Reserve. He refers to Ben Bernanke in 2008 throughout his tenure to 2011 or 2012, and how difficult his language and dialog was to articulate what the Federal Reserve’s strategy was.

He states that Jenny Allen has been more transparent with the public when it comes to financial emphasis and short-term and long-term targets and decisions. Because of this it has been easier to predict and anticipate the market three months out versus twelve months out.

Hartman refers to a chart that John Burns created detailing interest rate sensitivity in terms of mortgage qualification. The results of the chart bode well for the strength of the rental market.

Mamone predicts higher interest rates in the future. He states that there is a 10-year treasury bond rate of 2.4%, when historically it has been closer to 5% in the last ten years. Even the 30-year bond rate is only at 2.8%, with only forty more basis points.

He predicts that this will have a widening curve in 2018 where spreads widen materially across the different lengths of maturity for the interest rates. Rates themselves will rise due to the economic positivity in the foreseeable future. He states that there may be two or three rate hikes in 2018, one in spring, one in fall, and perhaps a bonus hike. It’s likely that by the end of 2018, the rate should be 2.25% in terms of the federal fund estimate.

The chart that Hartman mentioned is about interest rate sensitivity and how it impacts qualifying for a mortgage. It shows that if rates keep rising, people will be forced to rent. The chart also shows that only a 1% rise in interest rates would disqualify five million households from owning a $200,000 home.

Rates are expected to hit 4.9% by 2020, and as of now the rates are 3.9%, for owner-occupied rates rather than property investment rates.

Hartman wraps up the episode by reminding listeners of the three dimensions of real estate, as well as reminding about the Meet the Masters event coming up in January. For more information, visit www.jasonhartman.com/masters.