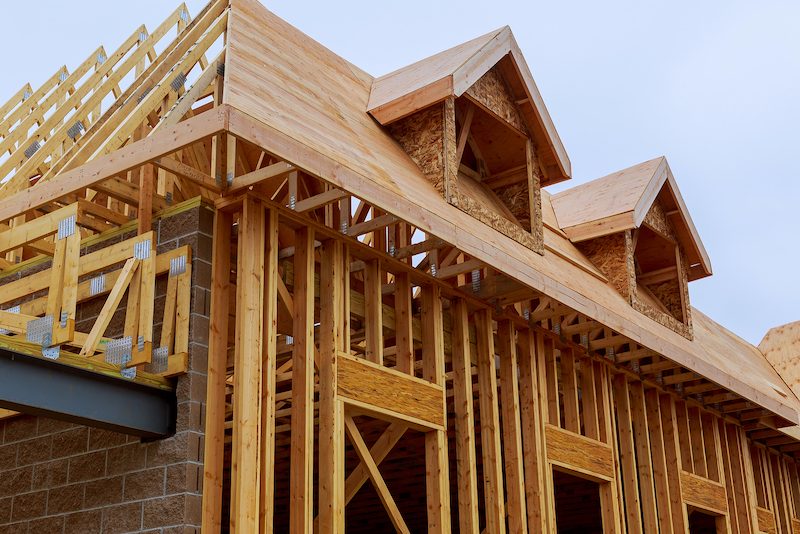 Jason Hartman discusses the risk of a housing bubble burst due to the construction void, your 5-year plan, and some updates on the upcoming Meet the Masters event scheduled for January.

Also joining the podcast is one of the world’s most legitimate politicians, Dr. Ron Paul to discuss his views on liberty, taxes, and everything else. Paul will also be speaking at the Meet the Masters event, along with Ken McElroy, Rich Dad Advisor, Jeff Meyers of Meyers Research, John Burns, and more.

Daren Blomquist, with ATTOM Data, has released his latest Housing Report that examines the topic of bubble markets. Blomquist has been a guest on the podcast several times and spoke at last year’s Meet the Masters event. In many markets, the housing prices have increased dramatically, partly due to the construction void risk.

Hartman explains that there are three types of markets: cyclical, linear, and hybrid markets.

There are also three dimensions of real estate, with non-correlating indicators when it comes to housing value. Hartman mentions that value and price are not the same thing. He is referring to the value of the property to the investor.

“You might have these counter-cyclical things, like the value of your house, the capital appreciation potential of your house. Yet, at the same time, rental income, the yield produced on the income generated by your property, and these two things, many times, many cycles of the market are very much non-correlating.”

Hartman recalls an interaction he had with a friend, Nancy, in 2004. Nancy was an apartment manager at Irvine Apartment Communities and Hartman asked her how her business was doing. She answered that she was not having a good year because everyone was buying houses from Hartman, essentially sucking renters out of the renter pool.

“This is the wonderful thing about income property, the most historically proven asset class in the entire world. Why? Because you can win regardless of the market by simply adjusting your thinking and thereby adjusting your strategy.” Hartman explains.

One of the risk factors discussed in the article by Daren Blomquist was the construction void. The available for sale housing inventory is very low, partly due to the length of time people are now staying in their homes. Hartman believes that this trend of lengthy stays in new homes will not be a long-term trend. The average now is an 8.3 year stay in a home, unlike Europe, where people stay in their homes forever. The real estate is relatively stagnant there.

With institutional buyers, hundreds of single-family homes have been scooped up as rentals, and the buyers are holding onto the homes in this sense. Some have been liquidated, but many have become rentals from the bottom of the market.

There is not a good supply of new homes in the pipeline with construction falling behind. Both HUD and the Census Bureau have estimated that we are likely to market only 610,000 new single-family homes this year. This is the same rate as February of 1964.

There were 192 million people in the country then, and there are 320 million people today. This suggests that there is a shortage of new available housing.

The Idea of a Bubble Warning 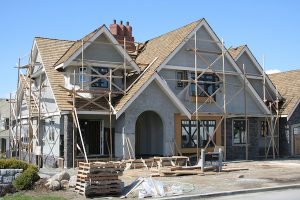 What this means with inflation and asset inflation is that people grow accustomed to accepting less. There is less housing, higher density, lower quality, less square footage, and properties in a non-ideal location. All around, the value is less while the price stays high.

Hartman mentions having visited his mobile home park recently, the park that he bought with his client Steve. He and Steve met at the park roughly 90 miles south of Las Vegas, where they met with a contractor and looked at the improvements that they’re making at the park.

He mentions on a side-note that he enjoys partnering with clients, and invites his listeners to partner, stating that he has more cash than time to invest.

While having lunch with Steve, Hartman recalled the letters of intent that they wrote for several properties in 2010. The partnership was interested in mobile homes, and so was everybody else. There was a great deal of competition and they got outbid constantly. Hartman attributes this to never being willing to pay the asking price for the mobile homes.

Steve and Hartman purchased their mobile home park three years ago and looking back, the two regret not having paid the asking prices for the properties they were interested in. It would have more than paid off today. At the time, prices seemed too high. Hartman quotes the Reluctant Investor’s Lament.

“I hesitate to make a list, of all the countless deals I’ve missed;
Bonanzas that were in my grip, I watched them through my fingers slip;

And while I thought things over twice, another grabbed them at the price-”

Thanks to the shortage of available housing, prices have gone up. The seller’s market is always considered the best market, rather than a buyer’s market. The article by Blomquist interviewed people who believe that more sales volume is considered a good market, lower volume is a bad market. The article neglected to discuss rental rates, in the sense that if the investor owns property and supply is constrained, prices go up and so do rents.

Hartman states that even if new demands soared, production becomes impossible due to the labor shortage in construction. At the top of the problem is the cost and availability of labor. New homes are expensive, sometimes beyond reach, but Hartman advises against waiting to buy real estate. If listeners follow the ten commandments of successful investing, the investments should be in good shape. In a linear market, you are far from the housing bubble burst concern.

The 5-Year Plan Contest is still open and Hartman reminds listeners to participate by creating a video detailing their personal and professional plans for the next five years. Share the video to YouTube with the words “Jason Hartman 5-Year Plan” somewhere in the title to be considered. There are several prizes available for contest winners, one of which is a ticket to the upcoming Venture Alliance event. Even without the desire to win, the 5-year plan video can be used as a tool to help listeners better their plans and work toward a goal.

The Meaning of Liberty

Hartman introduces his guest, Dr. Ron Paul as America’s foremost candidate for liberty. He has spoken out against the banks and monetary policies, and will be one of the speakers at the Meet the Masters event in January. Not only will he speak at the event, a dinner will be held in his honor.

According to Ron Paul, the meaning of liberty starts with self-ownership and responsibility for one’s own life. As human beings, we have natural rights, not only the rights granted to us by our government entities. Those natural rights should allow us to live the way we want in order to achieve our own happiness.

Answering the question of what role the government should have in daily life, Paul says that it should only protect our liberty, while we as citizens handle the majority of our lives without interference.

The Line of Involvement

Paul explains his refusal to succumb to the expectations of other politicians by stating that doing so would make him a miserable person. He has to stay in touch with his beliefs and navigate the world of politics his way, even though this stance has brought him criticism. He states that he is able to overcome this criticism because he applied the principle of no initiation of aggression to his life. This principle is in many religions, and as a society we know that we are not supposed to initiate harm against others.

He mentions that the government has lost its way in the sense that the manner it works has made it to where the powers that be have more rights than the citizens. This is contrary to the way things should be between citizens and government. An entity is not supposed to reign supreme over the people, but they do so under the guise that their methods are for our own good.

He advises to refute people that think that the government is our only hope for safety, the only method of ensuring our security, because this is not the case.

Hartman poses a question regarding why events like 9/11 have happened and how much of the outcomes were due to blowback.

Paul states that the occurrence was partly due to blowback, a combination of that and the mentality of radicals or people looking for a fight. There are radicals in the world, of all religions and their actions lead to wars and hurting people due a mixture of their beliefs and our policies. According to Paul, wars do not help anything, and radicals do not represent the majority of a religion. Islam, for example, has taken a good deal of heat due to the views of radicals while the majority of people in this religion are not violent.

According to Paul, if the government was in a proper role, and the people wanted liberty involving self-ownership and responsibility, income tax wouldn’t be happening. The people would be interested in taking care of themselves. The funds that are needed to run the country could be made with user fees. A user tax is more favorable than an income tax, and military tax could have a very small tax on sales.

The issue with taxes is that it always gets out of control. The way that the government spends money often ends up hurting both the middle class and the poor. A reduction of government may well satisfy bloated government spending.

Progressive Education Has Harmed Our Nation

When it comes to our poor understanding of government roles and policies, Paul blames our insufficient education system. We have been taught that the government is fair and good, that we can police the world, so we enforce what we’re programmed to think. To Paul, the US does not need to police the world, and social matters should be left to our individual choices so long as we are causing no harm to others. The government should not be permitted to force itself into our social and economic choices. A humanitarian system provides the best distribution, being socially liberal and fiscally conservative.