The Concept of Financial Repression, Tax Refugees, and the Media and Trump 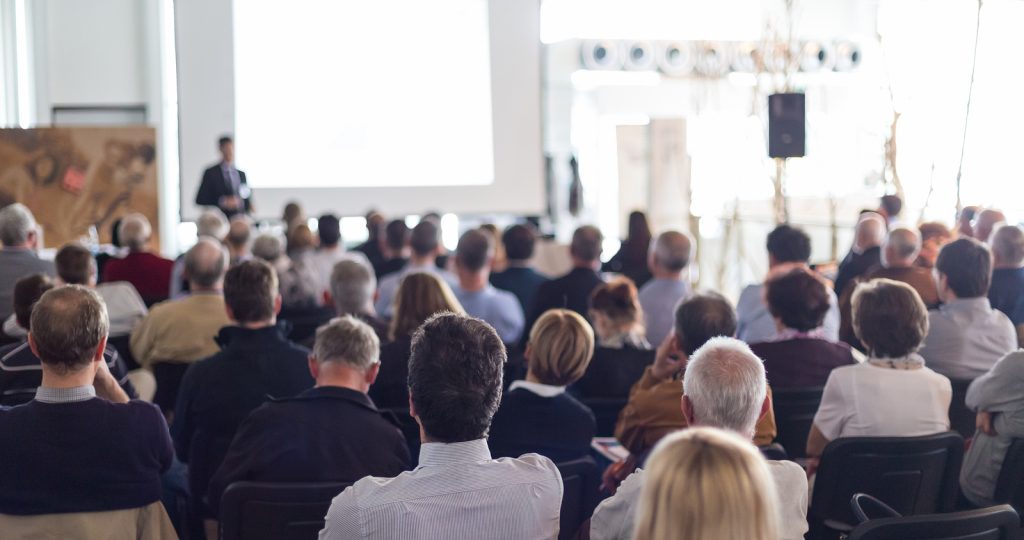 Financial Survival Network’s founder Kerry Lutz joined Jason Hartman for Episode 1009 of the Creating Wealth podcast to discuss the concept of financial repression, what it means for American society, and how real estate investors can bypass some of the negative aspects that affect individuals.

The two also covered why so many working-class people are leaving California and New York despite politicians believing otherwise, as well as what states they’re fleeing to, and why the extremely wealthy are being unaffected by high taxes.

Also mentioned was news of the summit set to take place between President Trump and North Korea, as well as an aspect that the mainstream media fails to notice regarding Trump’s policies and the two-for-one method of trading new regulations by repealing several old ones.

The North Korea Summit with Trump

Jason Hartman begins this episode out of Palm Beach, Florida, an area so full of life that it presents some challenges when it comes to walking Coco. Hartman states that his dog thinks that she’s a brave hunter, but she gets caught up with distractions as many of us do. There is more noise now than any other time in human history, and at times, it keeps us from our plans. Hartman reminds listeners to keep an eye on the prize because there are a lot of distractions in the real estate world and,

“If we don’t follow our own plan, we will fit into someone else’s.”

He mentions that a piece of random news seems to note that Trump will likely deserve a Nobel prize if he manages to pull off a treaty with North Korea. There is talk of an upcoming summit to take place only nine days from this recording, but the event has it a new snag. Hartman states that everything always comes down to the real estate.

The issue is, the summit is supposed to happen in Singapore, a market Hartman knows to be expensive from several visits. He recalls checking out the Marina Bay Sands and its massive pool spanning the top of three buildings. He notes that this building sinks into the ground at different times of the day, and at different rates, so there is a system of jacks under the pool so that it can be adjusted to be level no matter the sinking.

The summit is set to take place at the Fullerton Hotel, which costs $6,000 per night for a stay. North Korea is strapped for cash, as was evident in the Olympics when South Korea and the Olympic committee paid for North Korea to attend. This time, North Korea wants President Trump to pay for the hotel stay as they are unable to foot the bill.

Hartman explains that a client sent him a message on Voxer, mentioning that he was planning to buy a property, and the durability of this asset class made it to where the property’s 110-year age didn’t bother the client. He asked for input, and Hartman recalls stating that the idea should be okay, but that it was very important to have a home inspection done.

Speaking of educating, Hartman mentions that self-management was a big topic during the Venture Alliance meeting. Two of his clients, Gary and Sue Pinkerton, have about twenty properties between them and they mentioned wanting to run their portfolio like a family office, by hiring a virtual assistant t work several hours a month, while the pair manages their properties on their own.

What is the Concept of Financial Repression?

Because Hartman is at the FSN Southern Command Center, he is speaking again with Kerry Lutz, so that the two can discuss the concept of financial repression.

Hartman explains that Lutz has interviewed many interesting people, so even if the concept of financial repression is old news, his take on the topic is likely to shed some understanding on it. It’s important to understand when a person is thinking of their own strategy. He recalls that he talks often about the three economic phases (inflation, deflation, and stagnation) and notes that we have been in moderate inflation for a few years. The inflation statistic, however, is often manipulated though John Williams of Shadow Stats has a way of presenting interesting alternative statistics to what is considered the norm. These statistics open the conversation regarding financial repression.

Lutz explains that according to the Financial Times, financial repression is a term used to describe measures used by the government to boost their coffers and reduce their debts. The measures include deliberate attempts to hold down interest rates below inflation and the transfer of benefits from lenders to borrowers.

Hartman gives an example of older people that should be able to survive nicely, as they have saved money for retirement and spent conservatively throughout their lives. Because of the concept of financial repression, by the time these people get into their retirement years, they’re forced to invest in things that are quite risky because they’ve got little return.

Lutz recalls a story about a man that couldn’t get returns on his former methods, so he was selling VIX contracts. He was selling them at nine, and the stock went up to fifty-one. He lost 80% of his investment due to a change that took place in only two days.

He notes that another effect is that a lot of older people that plan to retire can’t get a decent return, and they end up having to take jobs as cashiers at gas stations or greeters at Walmart, jobs that nobody really wants.

Align Interests for Opportunities and the Concept of Financial Repression

Hartman explains that this is why he encourages clients to align their interests with the powers that be so that what hurts most people can help investors. The concept of financial repression is harmful to most people, but for investors in income property, it presents a great opportunity. With an income property, investors have inverted interest rates and they’re paid to borrow money. If you have a tenant pay your debt back for your, the opportunity is even better. It’s a multidimensional asset class. 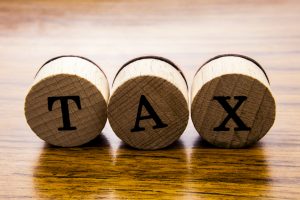 Hartman mentions the California exodus taking place, and its coverage in the news.

He mentions that a recent study states that 800,000 working class people in the higher tax bracket were going to leave New York and California over the next couple of years, even though politicians on the left were certain that people wouldn’t leave due to high taxes.

Hartman states that a tricky piece of information is that California’s population hasn’t changed as much as it should due to the rate of immigration to the state. He adds that he was recently quoted in a Realtor.com article about the number of people leaving California as what he called “tax refugees”.

He explains that of the people fleeing from California’s high taxes, 5.1% are moving to Seattle, 3.2% are going to Portland, Las Vegas is getting 8.1%, 7% are going to Phoenix, as well as several other cities across the country.

He adds that California is a good study to pay attention to because there are still the ultra-rich with all of their business entities and off-shore accounts that are not affected by high taxes. Some are so wealthy that they don’t care about taxes. The middle-class of California does not have that luxury. These are the people who are leaving.

Lutz mentions that it’s no coincidence that people are fleeing from landlord-unfriendly areas.

Hartman notes that there is another article about the ultra-rich in California entitled $40 Million is the New $4 Million in LA’s New Luxury Market. In it, the article mentions that eight-figure estates are being scooped up in LA, with at least twelve having sold for a combined $632 million so far. Half of these luxury homes have topped $40 million alone.

Speaking of luxury, Hartman states that he took a drive up the Florida coast and went to Gulf Stream. While there, he noticed that there are gobs of money in Florida. There are several mega-mansions in the area that are a little cheaper than what’s in California, but not by far. He recalls when he used to own three different homes in the expensive California market and these are similar, but there are so many luxury homes in Florida.

Lutz adds that there are only 716 people in Gulf Stream, Florida but it has the 11th highest income in the country.

Hartman mentions that the statistic might be deceiving as the residents in the area, if retired, might have an income smaller than it used to be.

When asked about the outlook that has been common among the guests Lutz has had on his show, he explains that a lot of the people he has interviewed have called eight of the last two recessions and tend to be perma-bear types. There are people who are negative about the future of the economy and they don’t seem to believe that Amazon is going to take over the world. They don’t believe in the future viability of Amazon, even though the company’s stock has gone up more than anything else.

He adds that a guest he has had, Nick Santiago, believes the US won’t have another major economic issue until 2021. When asked about what might bring about the next recession, Lutz ventures to guess that it might be student loans, auto loans, credit cards, the deficit, the inability of politicians to control spending, or possibly a bank problem similar to what’s happening with Deutsche Bank.

Hartman mentions that Lutz seems pretty bullish on what President Trump is doing in office, and Lutz states that he’s more bullish about what Trump isn’t doing and the way some regulations have been revoked. The mainstream media is missing this, and while they’re thinking that President Trump is Hitler, they’re not noticing that there have been a host of initiatives to disassemble some parts of the US government, making them irrelevant.

Trump stated that he was developing an order to repeal two old regulations for every new one started but has actually repealed about six old regulations per each new one. Lutz adds that in this aspect, Trump is under-promising and over-delivering.

The tax bill went less than perfect but hit a couple of good points. We still have escalating debt, Lutz says. However, there are now 21,000 fewer government employees, which stands to be a benefit. While we can’t fix everything, this is proof that anything you want to do within reason can be done if you put your mind to it. There is no limit to what we can accomplish when we don’t let the economy dictate our futures and whether Trump succeeds or fails from here on, we don’t know.

He adds that believing in ourselves is the goal in the long-run.

Hartman reminds listeners that there have been updates to the website, as the Properties page has been redesigned. It’s still being fiddled with, but Hartman explains that he wanted to make it easier to find properties, even in the smaller pocket markets. He advises working with an investment counselor as well so that the hot sheets are being delivered to you as new properties come in.