Study Any Pooled Investment Fund Carefully Before Taking a Dip 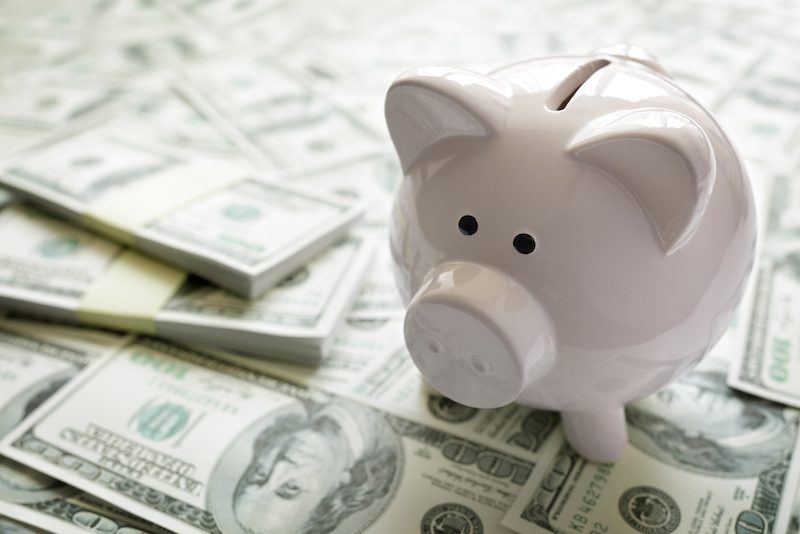 When you’re following the third commandment of Jason Hartman’s Ten Commandments of Successful Investing, you’re maintaining control and being a direct investor, not relying on someone else to manage your funds.

That’s because, as a follower of Hartman and his “Creating Wealth” podcast show for investors, you know what the investments expert often tells you: When you don’t maintain control, and decide to invest with partners or in some sort of pooled investment fund, instead, you can leave yourself susceptible to “three major problems.”

There also are fund operators who are inexperienced and try to lure investors such as you into their shaky deals, which is yet another reason that if you’re considering any sort of investment, it’s important to know with whom you’re dealing and to ask many questions, says Salvador Buscemi.

He’s also the author of “Making the Yield: Real Estate Hard Money Lending Uncovered,” a book in which he tells potential fund investors everything they need to know to get into the business—including such how-to’s as creating a fund, attracting qualified investors to that fund, selecting builders, choosing sound investment properties, structuring risk away from you and your investors, and managing the fund.

In addition to interviewing Buscemi about pooled and group investment funds, Hartman in the recent “Creating Wealth” podcast also discusses the importance of considering rent-to-value ratios when you’re thinking about buying an income property, such as a single-family home.

More About Buscemi and the ‘Hard Money’ Way of Investing

Buscemi says the topic of his book, “hard money lending uncovered,” stems from shaky lending practices in the first decade of this century, before the housing crisis unfolded in 2008.

Would-be investors in effect would be approached by would-be fund managers who wanted help in backing mortgages for people who didn’t qualify for conventional loans, such as Fannie Mae and Freddie Mac. The would-be managers would approach such people as friends and family about investing in the fund, Buscemi says. But because the fledgling managers didn’t know what they were doing and made mistakes along the way, the mortgage-backing pooled investment funds would collapse—many of them during the ’08 crisis.

“Here’s what happened: when the sub-prime loan machine stopped issuing loans, that’s when the house of cards fell, because there was no exit strategy for these investors or private lenders to get out, and that’s what caused the problems,” Buscemi tells Hartman. “Phoenix, Las Vegas—those very hot markets, people who were marginal buyers were getting a 125 percent loan to value using a sub-prime loan.”

“However, when those loans dried up, guess what? People were holding the bag, and that’s what caused prices to drop. You can’t give someone a 125 percent loan to value in a hot market and not expect something bad to happen. And that’s what happened to a lot of these hard money lenders is that often times the appraisals were inflated so that it would justify more money, meaning more fees into the pocket of the mortgage broker.”

The same problems are appearing today with group investments, particularly crowd funding, Buscemi says. The funds often are led by people who have little investing experience.

“I’d like to hit on the experience, and I’m very scared today with what I’m seeing with crowd funding is that people have embellished resumes or something,” he says.

“I’m sure there are some good crowd-funding things that are working, but the two things I would check is what is the minimum investment, and how many of those investors are in on that … smaller money.”

“I would say $50,000 (as the minimum). If you’re investing alongside other people who don’t have the same financial strength as you, that’s a problem. That’s going to be a problem.”

“One of the things that our (commercial real estate) investors, again, who are a little more sophisticated, will say, you know, for one of our latest offerings is that we don’t want anyone coming in for less than $250,000, otherwise I’m in violation of the operating agreement and I can get sued for that.”

“When you’re dealing with sophisticated investors, they know that it’s real estate … and they are also not buying a lottery ticket,” Buscemi continues.

“Unfortunately, a lot of these crowd funding investors just go out there and start dreaming that it’s more like a ‘Shark Tank’ episode and that they’re going to hit the lottery. It’s not a steady-Eddie, coupon-clipping type of investment.”

Signs That a Would-Be Deal Might Become a Bad Risk, Instead

When someone wants to know if you want to get involved in a real estate deal for a small amount of money, such as $5,000, “that’s when you want to move away from a deal,” Buscemi says.

Also be leery of someone, say, from Boston, Massachusetts, who’s wanting you to get into a pooled investment fund that’s located far away from that person, say Las Vegas, Nevada.

“The operators should only be local to the asset, always, unless it’s some sophisticated huge management team like a Goldman Sachs or something like that,” Buscemi says.

However, whenever you might be dealing with the Wall Streets and Goldman Sachses of the world, Hartman notes to Buscemi, “You know, they may be good, but they take such huge management fees off the top of the deal—is there any way to win here with these funds?”

There are legitimate operators, but in addition to knowing with whom you’re dealing as an early step, “you should always read the docs,” or the operating agreements that are parts of such real estate deals, according to Buscemi. “I mean, the operating agreement is really a prenuptial agreement—that’s really what it is,” he says.

“Nobody reads it until the divorce happens or something blows up, but you know, not everybody in these funds pays what I call a ‘rack rate.’ There’s a lot of people in these limited partnerships (whose) allure is that they’re able to get you in the deals and invest alongside qualified people—and other sophisticated investors who you would never be able to invest with anyway.”

“So, think about, you’re flying from Phoenix to New York. The guy next to you bought his ticket on Orbitz for $280. You paid $580 and the person in the aisle in front of you paid $900—he bought it yesterday. All these investors sometimes don’t pay the same fees and their incentives are different, and that’s the secret that nobody really knows in these funds.”

What are common fees to expect from a fund operator, you might ask?

“There should be a one-percent flat rate in most real estate deals,” Buscemi says.

“That’s acceptable, that’s fine, and the reason for that is because, you know, the investors want to make sure you’re keeping the lights on. They don’t want you to have to go outside of investing and managing their money to make money to keep the lights on. I have seen them as high as five to ten percent. Why?!”

“And that shouts inexperience to me. You know—they show their true colors.”

To lure people into dumber money deals, investors also might drop the name of a prominent local person, say the mayor, or even a celebrity they say is investing in the pool or fund, merely to try to make the deal look more legitimate.

“Let’s put it a different way,” Buscemi tells Hartman. “If Warren Buffet invested in your fund, but you weren’t going to make any money off of his investment as the fund manager, would you take his money?”

“Yeah, because that would be great for my brand, right?” Hartman replies.

“Absolutely,” Buscemi says, “because you would be screaming down the street that Warren Buffet is in your fund, and now everybody is going to dog-pile into it.”

Before you ever invest in a pool or fund, you should first consider Hartman’s third commandment, of course. But you also should read Buscemi’s book, which tells readers how the funds should work and “whether or not you’re being played.”

Says Buscemi: “It’s sort of like the old adage, ‘If you’re playing poker and you can’t tell who the fool is at the table, it’s probably you.’”

In the same podcast in which he interviews Buscemi, Hartman opens the episode by explaining why you as an investor should buy into his philosophy of investing in linear markets and why rent-to-value ratio also is an important factor to weigh. 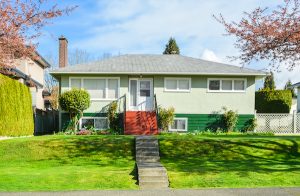 Linear markets also tend to be in the middle of the country, away from the coasts. Memphis is one linear market where Platinum Properties offers investments for its clients.

“Over time, you do better in the linear markets,” Hartman reiterates in his recent podcast.

“People will think, ‘I never hear anything about Memphis on the news, you know, nothing impressive happens there.’ But here’s the reality: It’s the tortoise and the hare. Number one, you don’t have to make up those big losses” that can occur in cyclical markets, especially in a crash, such as South Florida, California, the Pacific Northwest and the Northeast, he says.

“But number two, all along in the linear market like Memphis, you’re getting such good cash flow.”

Platinum has come to know the cash flow in its linear markets, and any other markets it investigates, by studying rent-to-value ratios, or RV ratios.

The rent-to-value ratio is something that Hartman and Platinum Properties counselors use as a quick “rule of thumb” when considering how much cash flow, or rental income, a property can generate. The RV ratio, which is the monthly gross rental income divided by the current fair market value of the property, is a quantifiable way of evaluating one investment versus another.

To stress the importance of rent-to-value ratios, Hartman tells listeners about a recent example—a Platinum client in Riverside, California who just inherited a $625,000 house. She planned to rent out the house and use it as an investment property.

However, Hartman asked her to think about a different path. She could sell the house and invest the money instead in six linear properties at about $100,000 apiece. Once the rent-to-value ratio of the $625,000 house versus the ratios of the six properties in the linear markets were all considered, Hartman figured the client could make $6,000 more per month by owning six linear properties than the one California house.

“It’s all about the ratio,” Hartman says. “The ratio holds around the world. It is amazing to me. (Eighty-one) countries I’ve visited and the ratio holds up everywhere you go it seems like. It’s an amazing thing.”

For his Riverside client, Hartman proposed the portfolio of a half-dozen houses instead of keeping and renting her new house.

“So, with $600,000 buying six properties, I would buy those in two or three different cities, and I think you’ll be much better off.”