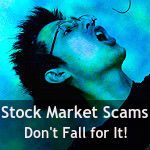 Episode #323 of The Creating Wealth Show features Jason Hartman sitting down with Counselor Doug to discuss stock market scams and schemes that are easy to avoid if you just pay attention and stay away from the get-rich-quick mentality. But before Jason and Doug get down to the nitty gritty, frequent co-host, Sara, joins the podcast to talk about her new boat and some great income properties in Austin and Memphis.

Regular listeners may recall that Jason bought a yacht of his own years ago, and almost immediately regretted it. He describes a boat as a hole in the water you throw money into. On a roll, he also tells Sara that the two happiest days of a boat owner’s life are the day he buys it and the day he sells it.

What’s All This Talk About Ready, Fire, Aim?

Hold on a second! We have the process out of order, right? Nope. Ready, fire, aim is exactly what we meant to say. After exhausting the topic of Sara’s boat, Jason brought up the idea that too many people suffer from analysis paralysis when it comes to investing. They study and study and study…and never actually pull the trigger. The ready, aim, fire concept has been around for a while. It essentially suggests that you shouldn’t wait for everything to be perfect before you take action. Instead, gather some information, take action, and then use feedback to make adjustments.

What this does is get you out there doing things in the real world faster, rather than standing on the sidelines for eternity waiting for all the stars and planets to line up perfectly. Trust us, they never will.

How Companies Manage Your Expectations

When it comes to real estate investing, there might be no more important concept than managing your expectations. It’s that serious. Let’s get down to the nitty gritty. Human beings tend to be an idealistic lot. We buy an income property and expect it to perform at the top of the range all the time when it comes to Return On Investment (ROI). There’s no crime in that but it can set you up for disappointment.

Have you ever noticed how a company like Amazon or eBay always overestimate how long it will take a package to arrive? Never fails. They say it will land on your doorstep in five days and, shazam, it makes it in three. You’re a happy camper right? And now you have a positive attitude towards the company for over-delivering on a promise. It works the same way in the restaurant business. How many times have you been told there will be a 45 minute wait for a table but, wonder of wonders, they manage to find a spot for your party ten minutes later. Guess what? You just got over-delivered again.

Manage Your Own Expectations

When it comes to real estate investing, don’t forget to manage your expectations each step of the way. Another way to say this comes from Stephen Covey: “Keep the main thing the main thing.” Don’t get bogged down in details! Keep your eye on the prize!

If you’ve been paying attention for any length of time, you know that many of the income properties recommended by Jason Hartman come with estimated ROI that might run to 30% or even 40%. The cool thing is that often these are very realistic numbers, but Jason likes to say that, even if your particular investment only performs half as well, you’ve still got a pretty good deal. Don’t throw a fit. In a world where the stock market is as likely to return a negative profit as a positive one, be happy!

Whether it be stocks, precious metals, or real estate, the investing industry is rife with schemes and outright scams intended to relieve you of as much money as possible. Here are three that Jason and Doug think are the most egregious.

There’s a good chance you can’t open your email box without being besieged by one kind of stock picking newsletter or another. And then that silver-fingered copywriter hits you with the “facts.” If you had already ordered the newsletter last year, you’d be sitting pretty right now because – wham, bam, thank you ma’am – get a load of these returns!

What’s really going on here? Obviously, they are cherry-picking their projections, and emphasizing only the winners. One example would be Porter Stansberry, a guy we like and has as firm a grasp of the stock market as anyone. In 2012 he underperformed the S&P 500 Index by about 10%. That’s right. Had you followed his recommendations you would have earned 10% less than any idiot who just bought the index. We wouldn’t say this falls to the level of scam but it certainly is a scheme to make you think we’re dealing with some sort of stock market clairvoyant here.

Half Dollars – The Path to Riches Unimaginable

More than one company has made a killing advising people to go running down to their favorite bank and ask if they have any old half dollars? Here’s the thinking. Prior to 1971, half dollars were minted with enough actual silver to make them worth more than face value in today’s inflated precious metals market. The problem is that banks rarely have any half dollars, and even if they did, your time would be much better spent getting a part time job than sifting through piles of coins trying to find the old ones. You’re not sticking it to the man. You’re sticking it to yourself!

Pump and Dump Your Way to the Poorhouse

Then there’s the well known scheme performed with low volume penny stocks called the Pump and Dump. Here’s how it works.

1. Newsletter publisher gives you an “inside tip” to buy a stock set to soar (he’s already loaded up on it himself at the low price).

3. Publisher sends out a second tip gushing over his own savvy; more people buy the stick, providing sudden liquidity for the publisher to sell his stock at a tidy profit.

4. Liquidity dies because – you guessed it – there wasn’t much to start with. Everyone who took the advice is left either stuck with the stock or forced to sell it piecemeal as the price plummets back to where it was.

If it sounds too good to be true, it is. There are no legitimate short cuts to amassing wealth. There is no Holy Grail of investing. There are lots of good ways to invest, one of which happens to be income property investing. Good luck out there! (Image: Flickr | ToastyKen)