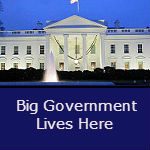 Even those not paying close attention are aware that government keeps growing and growing, even though it is the poster child for ineffectiveness and inefficiency. On episode #302 of The Creating Wealth Show, former presidential candidate, Editor-in-Chief of Forbes Media, and author of the new book, Freedom Manifesto: Why Free Markets Are Moral and Big Government Isn’t, Steve Forbes, talks with Jason Hartman about the trouble with the current state of our national government.

How Does Something That Works So Badly Keep Getting Bigger?

Few would claim that our national government works well, makes good use of our tax dollars, and speeds through each day like a well-oiled machine. If this is the case then why, pray tell, does it keep getting bigger and more bloated with each passing year? Steve Forbes is here to tell you that the problem is that government has managed to occupy the high moral ground, which, in today’s politically correct climate, makes it unassailable by common sense.

In a stunning sleight of hand, government has managed to flip itself 180 degrees from the Framers’ original intent that it serve the people and watch out for their needs. According to Forbes, our government now prioritizes itself first.

Ruling by “Crisis of the Day”

How did we stray so far from the beaten path? Why didn’t someone say something decades ago, and try to right the ship then? It’s all about crisis. No single individual or even group can stand in the face of a government that locates a crisis on a regular basis, creates a money sucking program to address it, and then declares anyone opposed to be “heartless.” See how it sets itself up on the moral high ground? As years go past, the cycle of crisis identification-intervention-new program insures government will always grow and never shrink.

In tough economic times, it’s more important than ever for investors to stay calm and unemotional when it comes to evaluating their portfolio and the marketplace. Stay the course! If what you were doing was working, don’t change it. If there is one thing history shows us, it’s that America always comes back. Stick to your monthly investment contributions. A low market is a buying opportunity. Purchasing gold on the side (or better yet, income properties) as a hard asset to hold outside the monetary system wouldn’t be a bad idea either.

Mr. Forbes spent several minutes discussing the reason governments (and other organizations) inevitably grow, even if their reason for existing diminishes or disappears completely. A lot of it has to do with human nature and the desire to hang onto the gravy train as long as possible. What is one of the first characteristics of an organizations? If you said administration, you are right! Gotta have administrators.

Before you know it there are layers upon layers of administrators, each feeding the other reams of forms and pointless information in a sick cycle of pointlessness. Even if the organization’s reason for existence disappears, there’s a good chance that no one will be fired or laid off, and the glorious bureaucracy keeps mindlessly chugging away even in the absence of a discernable purpose.

This is a case of bloating and your federal government has it bad.

The Case Against Student Loans

Let’s look at higher education, an industry ripe for a good de-bloating if ever there was one. How is it we arrived at a place in time where a student graduates with loan debt the size of a house mortgage? As Jason puts it: “A mortgage without a house.” And don’t forget, kiddies, bankruptcy does not discharge student loan debt. You will take that thing to your grave.

It used to be that a college student could pay his or her way through school by working part-time. What happened to that? The simple answer is organizational bloat. As schools became desperate to access the growing pile of money set aside by the government for higher education loans, they needed to hire more bureaucrats and administrators to grab the money and funnel it to students who didn’t have an inkling of the financial albatross they were hanging around their necks.

How do you pay all these new bureaucrats? Raise tuition, of course, which forces students to borrow even more money. In recent decades, the cost of a college education has far outraced the increase in wages, making it, for all practical purposes, not feasible to pay your way through school slinging food at the drive-thru of your favorite burger joint.

Higher Ed Tide May Be Turning

Both Forbes and Hartman hope we have reached a point of “peak tuition,” where young adults will seek alternative paths to get the education they want and need. Online institutions like the Khan Academy provide a free education in a growing list of subjects. Other virtual universities charge much less than a brick-and-mortar school and allow the luxury of completing lessons and assignments on a non-traditional schedule.

As a well known conservative, Forbes had much to say about the current White House occupant, especially in comparison to Republican hero, President Ronald Reagan. Forbes sees the basic difference between the two men, who each assumed the presidency during a time of national economic crisis, as the policy of optimism versus the politics of destruction and class warfare. Which is which? That should be easy to see.

Still, even though Forbes believes President Obama to be one of the worst things ever to happen to the United States, he hopes that we not lose faith in the future! He suggests people keep an eye on what they hope to accomplish, don’t rely on government to provide for you, and keep on keeping on (Image: Flickr | Tom Lohdan).

Harry Dent – How to Profit from the Demographic Cliff