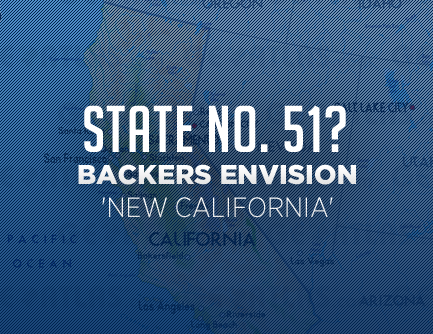 Attempts to forge an independent California have failed, as have previous efforts to split the state into several distinct ones. But the “New California” movement hopes for a different outcome this time around. Backers hope to carve out a new state from existing state land—so there’d be a California and a New California—and they say they can do so via the Constitution. Their chance of success? Virtually non-existent, by most accounts, but the idea is still drawing some attention. Details: