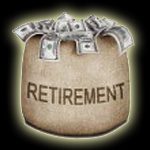 Many people aren’t aware of the fact that they can put real estate investments inside an IRA, thereby reaping the same tax benefits long associated with traditional retirement holdings like stocks, bonds, and mutual funds. Furthermore, a good number of people don’t realize that the same law that created IRAs, the Employee Retirement Income Security Act of 1974, also created a self-directed IRA option, sometimes called a real estate IRA. As the quality of traditional Wall Street investing continues to deteriorate, the self directed part of the retirement industry is starting to get noticed more and more.

Let’s backtrack a little and define our terms. A self directed IRA is exactly what it sounds like. Rather than rely on a plan manager hired by your company to choose your investment portfolio, give some consideration to seizing control of your own destiny. It’s okay if you feel a little intimidated at first. Perfectly natural, as long as you move on to quickly realize that guiding your own future is not merely a good idea. It’s crucial to enjoying your Golden Years in the manner you’ve imagined for so long.

But suppose you do happen to have an in-depth knowledge of a particular asset – like real estate. Using a self-directed IRA allows you to invest in what you know to your heart’s content. Like a regular IRA, you still need a custodian or administrator to complete the actual paperwork and transfer rental properties (or whatever other style of investment you choose) into the IRA, but the buy-and-sell decisions are yours and yours alone.

We’ve used the terms self-directed IRA and real estate IRA somewhat interchangeably thus far. Think of it like this: a real estate IRA is simply a special version of a self directed IRA, one that holds only real estate properties. Why would you want to invest in real estate inside an IRA? Offhand we can think of a couple very good reasons.

1.Tax Advantages: One of the incredible advantages to a real estate IRA is the idea of investing on a tax deferred basis. This means you do not pay taxes on the front end of any properties you buy and place in your retirement account. Instead, taxes are not due until you begin to withdraw money for retirement. Some day we’ll devote a blog to showing you actual examples of how much larger your sum of money is when you are allowed to invest with tax deferred, but not today. Suffice it to say that we’re talking a difference of hundreds of thousands – perhaps millions – of dollars. There’s no real way around the idea that Uncle Sam is going to get his due eventually, but the longer you can keep his fingers out of your pocket, the better off you’ll be financially.

2.Direct Control: Jason Hartman has long preached the idea of directly controlling your investments and this is where real estate really shines. One of the major problems with Wall Street investing is that there is always a middle man standing between you and the stock or mutual fund you want to buy. Sure, he’ll sell it to you but not without triggering a transaction or administrative fee. With real estate, once you buy the thing and pay the real estate agent’s fee, you’re done with middlemen. You own it. You rent it out. You pocket the cash going forward.

3.Diversity: Yes, we did promise you two reasons a self directed IRA is the way to go, but we just thought of one more as we were writing this article, so consider this s bonus reason. The cold, hard truth is that a company directed IRA often has a preferred basket of stocks that they invest in. Begging and pleading is not going to change anything. They do what they do because that’s the way they do it. It’s easier for them, though likely less profitable for you.

To learn more about self directed and real estate IRAs, read this companion article at JasonHartman.com called “Setting the Table With the Right IRA.” While we prefer the profit potential and inflation-fighting capability of properly mortgaged income producing property investments, remember you can diversify out of common stocks into things like tax liens, mortgages, franchises, partnerships, private equity and more. As self directed IRAs have become more widely used over the years, the IRS and courts have become more expansive with their interpretation of what you can put inside them. Add to the list above more recent inclusions like royalty rights, foreign stock, commodities, and precious metals.

Brings a whole new perspective to owning an IRA, doesn’t it?