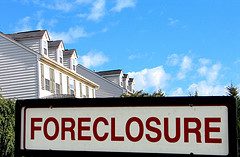 Although some indicators suggest that the US housing market is slowly rebounding, the rental segment of that market remains strong in the wake of the recent foreclosure crisis. This means there’s never been a better time to follow Jason Hartman’s recommendations for creating independent income in retirement by investing in rental income property –the most stable kind of investment asset available.

As record numbers of single-family houses are going into foreclosure, more and more households are turning to renting. According to a recent US Census Bureau Housing Vacancy Survey, the period between 2004 and 2011 saw an eight-year rise both in the number of renter households and the housing rental rate. These figures are accompanied by a decline in the rental vacancy rate.

These statistics represent a number of trends, all favorable for rental investors. Worsening economic conditions in many areas of the country mean that many households are not financially able to buy a house. Even if household members are employed, they can’t qualify for a home loan or save enough for a deposit and other costs. Likewise, former homeowners who lost their houses to foreclosure or bankruptcy are forced into renting, with no likelihood of returning to homeownership in the near future.

Another expanding rental market belongs to young adults between the ages of 20 to 29, who head households of one or two people, or who share housing with a group of others. This group consists largely of young professionals who are launching careers and not planning to become homeowners in the near future. Although this group of renters is largely attracted to apartment living, a growing number are choosing to rent houses in markets where high vacancy rates in single family houses may make rental costs comparable to higher end apartments.

Thanks to the increased demand for rental housing, rents are also rising in many areas around the country. All these factors combine to create favorable conditions for investing in rental real estate. Because demand for rental housing is high, vacancy rates remain low, which ensures a steady rental income stream. Likewise, rental property owners have a large tenant pool to choose from, with lower turnover rates since most will have to remain renters for the long term.

Housing market indicators suggest that sales may be rebounding. But the aftermath of the foreclosure crisis means that many distressed houses remain on the market for low prices. This means that retirees and those planning for retirement can start a real estate investing career with a relatively small initial outlay.

The path to financial independence in retirement begins with the purchase of income property on a fixed rate mortgage. With mortgage payments and some other expenditures offset by rents paid by tenants, this kind of property creates a stable, log-term income stream. As Jason Hartman points out, smart real estate investing puts you in charge of your financial future. And with a robust rental market that shows no signs of a decline, now is an ideal time to take that step. (Top image: Flickr | taberandrew)