Renting is Hot – Will It Stay That Way? 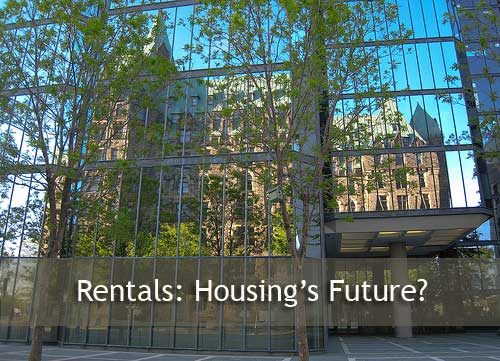 It should be a pretty good time to become a homeowner. Americans say they want a piece of the old American dream of buying a home. But home buying is at its lowest level in decades, while renting homes and other kinds of dwellings is surging in many areas around the country.

For decades, owning a home was the outward symbol of success. It meant stability, security and a future as a mature adult. But the chaos that surrounded the great economic collapse of 2008 changed all that. Homeowners saw their dreams of stability vanish with a foreclosure notice, and as employment struggled along with the housing market, that paradigm of a respectable, home owning citizen vanished too.

There are a number of reasons why homeownership is languishing. Although mortgage interest rates are still low, thanks to the Federal Reserve’s still-active stimulus plan, new, tighter lending standards are making it more difficult for some applicants to qualify for a loan. Add an uncertain economic picture and the significant debt burden carried by many Americans, and homeownership may be a less attractive option that it used to be.

Because of all these factors – and a few others – the demand for rental housing is rising. And so are rents in many markets. That’s good news for income property investors, who can take advantage of this confluence of factors to build wealth by tapping into this ever expanding rental market.

So who’s driving this increased interest in rental housing? And why are they likely to be changing the face of the US housing market – and the fortunes or investors — for the future?

One reason the pool of renters is growing at unprecedented rates has to do with those former homeowners who lost their houses in the crash of 2008. Because of a housing bubble that burst due to the bad and reckless lending practices of the nations’ biggest banks, record numbers of homeowners were faced with losing their homes. Foreclosure took many of these houses. Other owners escaped thanks to a short sale.

These former homeowners were left with damaged credit and no money, but a continued need for a place to live. Although some lenders began to flex standards so that a foreclosure due to the collapse would not in itself disqualify a loan applicant, other factors still disqualified many individuals, and still others simply gave up on trying to buy another house.

The Un and Underemployed

Along with the housing crash, the US job market took a downturn and continues to struggle. And although numbers are more promising in some sectors, many hopeful homeowners are still un- or under employed – and an iffy employment future makes them reluctant to take on the burden of a mortgage, even if they could qualify.

Even though down payment standards have been modified downward, many would be buyers just don’t have that money available. Sometimes married, sometimes not, these individuals as a group see themselves as more or less permanent renters.

The Deep in Debt

The headlines are filled with news about the plight of debt-burdened millennials – those in their twenties and early thirties who have just finished school or are launching a career. This group, which now makes up the largest demographic group in the country, graduates from college with an average student loan debt of $10,000, with many owning much more.

That’s a debt burden that isn’t likely to go away any time soon. Even if a recent graduate is able to get a loan, payments may hang on for the balance of their working life. And many can’t get a job at all.

The outcome? Millennials as a group are delaying those milestones that in previous generations marked the transition into adulthood: they’re marrying later, having children later (if at all) and pouting off buying – or skipping altogether – those “big ticket items” that for previous generations defined adulthood: cars, appliances and other household necessities.

Some are choosing to travel, or to relocate for a job far from home. And although a majority of millennials interviewed in a recent poll say they want to buy a house, they aren’t in a rush to do it. Though the often quoted stereotype of the “boomerang child” who moves back in ht Mom and Dad after college is very real, many millennials opt to rent dwellings – adding to the pool of available renters.

Retirement is a thorny issue for many Americans who find themselves short on cash and struggling to make ends meet. For some, that means downsizing –swapping out their home for something smaller and more economical.

Increasingly, for many of these older Americans, a better option is not buying another home but renting – an option that allows for travel and saving money and effort on home upkeep. This growing group comprises another subset of virtually permanent renters.

Is the downturn in homeownership a long-term trend – or the new face of housing in uncertain economic times? Housing industry professionals say it’s too early to tell – but as Jason Hartman says, real estate is the asset that endures. Everybody needs a place to live. And that’s good news for investors who can rent to them — and build wealth from income property.   (Featured image: Flickrdandemornay)