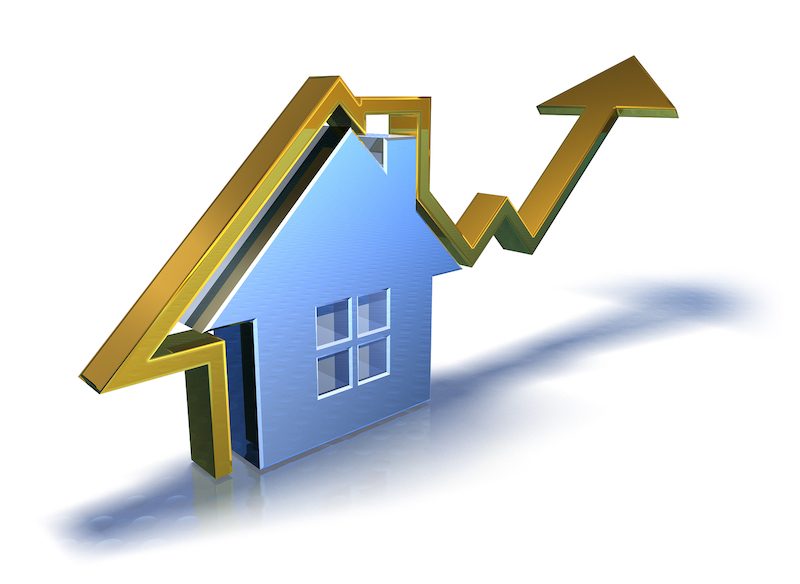 In this episode of the Creating Wealth podcast, Jason Hartman took the helm without having a guest speaker. He covered a number of topics, from his favorite index when it comes to evaluating real estate market trends, to asset inflation, to the consequences of the GOP tax reform bill regarding divorce and alimony, to the impact of mortgage rate increases. He also discussed an interesting theory on VantaBlack.

Hartman begins the podcast by playing a short piece of a song that reminds him of the feelings associated with spring, Stone in Love by Journey. It’s a very spring-mood song and though Hartman notices that there are many places where listeners tune in that do not feel like spring yet, it is looking very much like spring in Southern Nevada.

He mentions market timing, and how a lot of people are thinking about the possibility of the next major market crash. The market has been doing well lately, but it doesn’t stop people from anticipating a crash and wondering what the cause of the next crash will be. Hartman explains that the downturn of the market is usually caused by increased interest rates. He notes that they are presently going up.

Mentioning leverage, Hartman states that if you don’t like leverage, you should probably see a psychiatric doctor and have your head examined. He explains that he loves leverage and that debt is his favorite four-letter word. It’s a very powerful tool when it comes to income property. His clients are buying properties at or below the cost of commodities, meaning that they are paying little to nothing for the land the properties are built on.

He advises, though, that if you do not care about leverage and you’re rich in cash, it’s an acceptable idea to buy high-interest properties in a depressed market. Everyone else that isn’t nuts, Hartman says, should buy based on a payment rather than the price, not buying in an overinflated cyclical market.

Hartman reminds listeners that when affordability declines, prices for properties decline. When housing affordability is high, prices rise. He states that the Housing Affordability Index is a great index to look at real estate in general.

This is, unless you’re looking at income property, because income property is a multi-dimensional asset class. That being said, investors should care more about the income opportunity than the overall price of the property. It’s important to focus on returns, either in cash on cash or rent value.

When housing affordability declines, more people are forced to stay in the renters’ pool, and it places upward pressure on rents. In a slower economy, people fall down the socio-economic ladder. An investor’s income properties will catch people in any direction in any economy. They will catch households that have suddenly become single-income, or those trying to save money. All kinds of economic statuses apply.

Hartman notes that the stock market took a bit of a tumble, but he reminds listeners to ask the traditional Jason Hartman question, and compare the tumble to what. The stock market took a tumble compared to what? News will say that the market took the biggest point drop in history, but so what? Only an idiot would measure things that way, but because there are buzzing new headlines, people are becoming worried.

As a percent, the stock market didn’t drop very drastically. The drop was only a little over 4% versus the drop in 1987, which lost about 22% in a day. The percentage of the drop is the issue, rather than the meaningless amount.

Hartman reminds listeners that the Jason Hartman University event is approaching on March 3rd. It’s a practical, hands-on educational experience on investing to teach investors how to perform mathematical equations, evaluate their deals, and build their portfolios. It handles the more integrative aspects of investing in depth. It’s a one-day event that can allow investors to network with other people and participate in games related to the field. For more information, visit www.jasonhartmanuinversity.com. It’s done once a year and has been held for the last three to four years, so get your tickets if you’re interested in attending.

Different Versions of CPI and FICO

Hartman mentions an interview he had with returning guest Richard Duncan of Macro Watch. A listener requested that he come back to the show for further discussions, which should be featured in an episode next week. Hartman states that Duncan has too much faith in the government, but his thinking and approaches are interesting. Duncan discussed in the interview, the Fed’s plan to suck money out of the economy. This is different than their plan since 2009 to keep putting money in.

Asset Inflation in the US

While his upcoming guest says that there has not been much inflation at all, Hartman points out that if you look at asset inflation versus consumer inflation, it’s a significant measure. He also notes that the CPI has several different versions, not only one. The same can be said regarding FICO scores. There are several models of the FICO system. Mortgage people use one model, and those financing cars use another. There are scoring models that only apply to the FICO system. 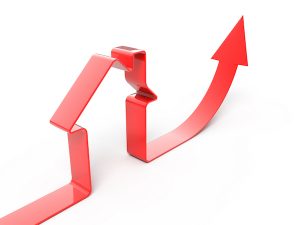 Hartman mentions that there should be a CPI for asset inflation, because it would be great to have a measure of it. He also notes that Forbes publishes their own CPI for wealthy people. So rather than the cost of living being considered, this index considers the price of living well. Instead of considering the cost of bread, this index considers the price of a mink coat or a private jet.

He notes that asset price inflation has taken a toll and pushed a good deal of people out of the investment class, which contributes to the widening wealth gap between wealthy people and lower income people.

Divorce: A Destroyer of Wealth

Hartman explains that another event that destroys wealth is divorce. As such, lawyers are predicting a wave of divorce this year. Th new tax reform effects a lot of the elements of divorce. Though Hartman has stated that he is a fan of the new tax code and believes that it will be good for the economy, he has learned that alimony won’t be tax deductible after this year. This will result in an uneven distribution of wealth.

Before the new tax plan, alimony payers had a tax break on their payments while the recipients have paid taxes for the alimony they receive. After this year, the deductibility goes way for payers and recipients won’t have to pay taxes on what they receive.

Hartman recalls when he had a photography class in high school, before digital photography became the norm. He notes that when photo paper is dropped into developer, it becomes black. The black absorbs light. There is now a paint made out of vertically aligned carbon-nano tube rays, and its one of the darkest artificial substances known to man. It absorbs 99.965% of radiation on the visible spectrum.

He takes a moment to remind listeners, speaking of photography, that he posted a photo of himself with Ron Paul on his Facebook page and it has gotten a ton of likes. If you attended the Meet the Masters event and had photos taken with Ron Paul, you can view them at www.jasonhartman.com/photos.

Hartman mentions that experts are predicting that California is long overdue for a giant earthquake. The state has been in an earthquake drought of quakes at 7 magnitudes or higher.

He explains that quakes measuring 6 to 7 on the Richter scale is a very big difference. One point off is a much bigger quake. Even a 7 to a 7.3 is a big difference.

He notes that a lot of Californians do not have earthquake insurance, and even those that have insurance aren’t adequately covered. Those with great coverage may still not have everything covered, especially if a quake results in death. It’s another great reason to vote with your feet and get out of California.

He also reminds listeners that if they have a talent that they think would be useful, and they’d like to work with him, they can raise their hands and get in touch at www.jasonhartman.com/ask. It doesn’t matter what the skill is. It can be writing, content creation, video creation, networking, or bringing in more clients.

He mentions that he was attending a team call today and invited Doug, who has spoken at Meet the Masters events in the past. He mentioned option value, and Ken McElroy talked about the infinite return model. This is something Hartman refers to as “refi til you die”. With income property, you can renegotiate the deal over time.

Buy and Hold or Refi ‘Til You Die

Hartman circles back to when he was talking about buying properties with cash early in the episode, and explains that in a perfect world, we would know when we were at a peak or a trough.

If we knew, and we were cash rich with the ability to refinance, we could get cash out earlier. We could acquire properties at the bottom of the trough and scoop up a good deal of them. Then we could refinance later and get cash out of the deals, when financing became available upon the cycle coming back. Then there would be the option to hold the properties and ride out longer. A buy and hold would be ideal then, because with it, it’s hard to lose. If you feel that you cannot time the market, and you want to be in the game to create wealth, buy and hold is great.

Hartman explains that he has never met anyone who could accurately predict the market cycles. A good deal of people claim that they can’t wait for the next crash to come, so that they can buy out a good deal of properties. This isn’t logical thinking, because when we are in a peak or a trough, we won’t know. We always wonder how much worse or how much better it can get.

It’s important to understand that you have option value in this asset class. If you don’t like the deal you’ve got, you can continue to renegotiate it over the years.

Taylor Swift is Being Sued

Taylor Swift is being sued by her real estate broker for $1.1 million due to a breach of contract. She hired the brokers to look for a property for her, to which they had an exclusive right to do. This means that no other brokers were able to interfere in the process.

Another broker showed Swift a property in New York City, a 5,100 sq ft townhouse. She bought it without telling the team she was in contract with. The brokers determined that she couldn’t legally do this because she agreed to buy from them.

In closing the podcast, Hartman reminds listeners that if they have questions or the desire to work with him, they can visit www.jasonhartman.com/ask.