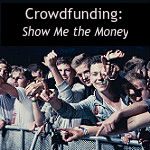 These days you can crowdfund just about anything. Even real estate? Yep. Even real estate. What began a few years ago on websites like Kickstarter or Indiegogo as a way for the average Joe to raise funds for his earth-shattering business idea or long dormant book has upped the ante into the field of real estate investing.

Can you really crowdfund your next real estate purchase? Stay tuned to the following discussion on episode #317 of The Creating Wealth Show to find out. In it, Jason Hartman talks to a CPA and lawyer, both with experience on the topic. Though the show was published several years ago, back when real estate crowdfunding was in its infancy, it lays a good foundation for understanding how the process works.

Before diving into the crowdfunding issue, Jason answers questions from frequent co-host, Steve. On this episode, Steve brings up an article written by former guest, Steve Sjuggerud, regarding the state of income property investing.

* Keep in mind that this conversation occurred in 2013. Depending upon how far in the future you read it, the real estate market likely has changed substantially. We are not legal or tax professionals, and you should not invest money in any property solely upon our recommendation. Do your own research! A good place to start would be to call one of Jason’s investment counselors.

Why Income Properties are Your Best Bet

The article penned by Sjuggerud made the point that house prices, adjusted for inflation, were essentially the same as in 1979-80. But there are two (at least) factors that make the present (2013) an even better climate for buying income producing real estate. Let’s make a quick comparison. Mortgage rates today are about 3.5% for someone looking to buy a home. Investors pay a bit more but not too much, about 4.5%

Anyone want to guess what mortgage rates were back in 1979, at the tail end of the Carter administration? If you guessed 15% you would be right. Can you imagine the savings in interest payments over the life of a typical thirty-year loan? Trust us, it’s a lot.

But what really grabbed Steve and Jason’s attention in the article was when Sjuggerud talked about how rising inflation, seemingly a permanent fixture in the American economy, will wipe out the mortgage debt over time.

Though not using the same terms, Sjuggerud is talking about the style of income property investing that Jason has been preaching for years. We’ve spoken of the process MANY times in the past. Here’s the short version. Buy single family residential homes attached to a long-term (Jason likes 30 years), fixed-rate mortgage. With a positive cash flow investment, a tenant’s monthly rent should cover your mortgage payment with room to spare. Along the way, inflation reduces the value of the mortgage debt, in real dollars. Even if you only made interest payments for the life of the loan, living in inflationary times with a continually devaluing dollar guarantees your debt will automatically lose value (that’s a good thing) at a rate of about 10% annually (or whatever the inflation rate is.

If you can’t quite wrap your mind around how this works, the subject is covered in depth in other podcasts and blogs on this website. Run a search on “inflation induced debt destruction.” It’s powerful stuff.

After concluding the discussion with Steve, Jason’s next two guests were Chase, a Platinum Properties Investor Network (PPIN) client and CPA, and Nathan, an attorney with in-depth knowledge about real estate crowdfunding. Before entering into the crowdfunding discussion, Chase revealed that he had purchased nine properties through the PPIN network. Seizing upon the opportunity to talk about a real world income property investing experience, Jason asked for details.

Chase revealed that he bought nine properties, diversified geographically in Georgia, Missouri, and Texas, through PPIN from 2008-2010. Eight of the properties were earning 15-20% cash on cash return and one he classified as a “problem property,” thanks to a bad tenant.

There are reasons a prospective real estate investor might not qualify for a loan from a traditional lender such as a bank. Maybe his or her credit score is too low, or maybe they own enough properties that the bank doesn’t want to risk loaning money on more. Regardless, private money lenders have stepped in to fill a need in the market.

Prior to a recent relaxation of government regulations regarding who can and can’t invest in another person’s real estate deal, you could only access funds from an accredited investor – defined as having at least $1 million in assets or $250k in salary. These were standards installed by the SEC.

As one might surmise, it would be hard to have much success crowdfunding private money in the face of such obstacles. A side note: while the government would have you believe that these requirements were needed to protect small investors, Jason points out that the real world effect was the opposite. It actually made it harder for small and medium companies to grow, thereby protecting the monolith corporations of the world.

According to Nathan, the government changed its approach in 2012 when it approved, as part of the Jobs Act, a clause that allowed small investors to participate in funding real estate deals even if they didn’t qualify as an accredited investor. The only stipulation was that their investment (and max loss) was limited to $10,000. Ergo! real estate crowdfunding was born. Now a potential property buyer could post his deal online for the world to vet on any of a growing number of crowdfunding websites specializing in real estate.

While we’re still in the infancy of real estate crowdfunding, the idea is beginning to attain more credibility as a legitimate way to borrow money for your next real estate purchase. (Image: Flickr | ausnahmezustand)

Swim With the Sharks and Harvey Mackey