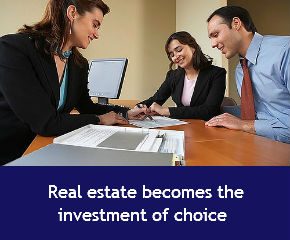 As the tiny country of Cypress prepares for an economic implosion, Jason Hartman talks with John Rubino, the driving force behind the popular financial website DollarCollapse.com, and co-author of the book The Collapse of the Dollar and How to Profit From It and many more. On episode #308 of The Creating Wealth Show, Jason and John break down the larger significance of the Cypress troubles and what it means to the rest of the world in general and the future of the American dollar in particular.

Why Banking and Brokerage Accounts are Dangerous

Before bringing Rubino into the discussion, Jason reminds listeners of how electronically denominated money is coming ‘round to bite the citizens of Cypress where it hurts. The problem in storing your assets in banks or brokerage accounts is that they are easy picking for a government or central bank(s) desperate for funds.

Here’s what happened. Not too long ago the banking system of Cypress, in its infinite wisdom, invested the whole kit and kaboodle in Greek bonds. Bad idea. Anyone who has been paying attention knows that Greek’s economic woes have left the country with a big pile of essentially Monopoly money. It’s hard to pay off real debt with fake money. That’s why the Cypriot government decided to lockdown cash in banks, keeping citizens from withdrawing their money while the Swiss cheese brains in charge tried to figure a way out of the mess.

The real losers – obviously – were the hard-working Cypriots who saw their life savings put under lock and key. Come one Monday morning, they couldn’t withdraw money to buy a loaf of bread or pay the electric bill.

Welcome to the world of digital currency. When your wealth is nothing more than numbers on a screen, how rich are you, really?

The Importance of “Things”

The Cypress financial crisis provides a stark illustration of what Jason has been saying for years – keep your debt in fiat currency but your assets in “things” like income producing properties! Show guest John Rubino would suggest that gold is also an excellent place to stash your investment money, but Jason is not fully convinced of that. In fact, he points to some particular disadvantages to buying gold as an investor.

The Flawed Side of Gold

Jason has long touted the flaws of gold as an investment, especially when compared to real estate in the form of investment properties. He used to say there were five fundamental flaws but has recently increased that number to eight:

*Does not generate income
*You can’t use financing/leverage to buy it
*Tax disadvantages (classified as a collectible and taxed at 28%)
*Subject to government confiscation (it’s happened before)
*High transfer costs (8-12% premium paid above spot price)
*Price is manipulated by central bankers
*No one knows what the true supply is
*Gold is a defensive strategy, designed simply to not lose money

And, yes, as a matter of fact real estate IS the answer to all of gold’s flaws when it comes to investing.

Cypress Symptomatic of the World

Rubino’s response to Jason’s line of questioning about Cypress is that this little nation is only the first symptom of an economic scourge that will likely sweep the world. When you consider that modern capitalism is based on the sanctity of private property and contracts, the government’s action in raiding Cypriots’ saving and checking accounts is tantamount to a rejection of the right to create a profit for yourself.

Think it can’t happen in America? Wrong! It already has. During the course of the recent General Motors (GM) bankruptcy, the company decided to dip into the money set aside to pay bondholders in order to pacify union workers. The problem is that selling a bond creates a contract that the company will abide by certain terms. GM (operated by the US federal government at the time) chose to violate the contract, saying essentially, “Screw you, bondholders. Maybe you’ll get your money back and maybe you won’t.”

What Happens When the 3rd Largest Economy Goes Splat?

Japan has done pretty good for itself since the end of World War Two, recovering nicely from a couple of atomic bomb blasts and a neutering of her military. In fact, behind the United States and China, Japan is now the world’s third largest economy.

Rubino notes that the country is already teetering. What global ramifications will we notice when it goes SPLAT? Here is the situation.

Japan is the most indebted nation in the world. So much so that the government has run out of money to borrow at home town sweet deal rates and has been forced into the open market at full price interest rates. Mr. Rubino sees a not-too-distant future where simply paying the interest costs on borrowed money will exceed tax revenue.

In case you were wondering, that’s a bad thing. It won’t be long before the country finds itself in the dreaded “death spiral,” borrowing money just to pay interest on what they already borrowed. Except…they can print more yen, right?

If only it were that simple. The US has been following this strategy for years and it’s not working out so well.

In Japan’s case, the rest of the world will almost certainly take measures to prevent the global collateral damage from an all-out collapse of the world’s third largest economy. As the Japanese treasury cranks up the money printer, the Eurozone and US will follow suit in a race to the bottom.

The bottom line is that the United States is well into the process of digging our own grave. Plans are already underway on several fronts for the transition away from the dollar as the world’s currency reserve. Don’t think that could happen? Talk to the Chinese and Russians. They’re actively working to make sure it does. As the world’s second largest economy and growing fast, China has been accumulating energy and gold assets at an incredible rate, planning for the day they no longer need the US as a customer.

When the day arrives that China no longer cares whether or not we buy their stuff, the global balance of power will have shifted to an extent not seen since Mikhail Gorbachev dismantled the Soviet Union, effectively ending the Cold War and ushering in the Age of Terrorism. (Image: Flickr | MarkMoz12)

The Rich Don’t Pay Taxes – Or Do They?