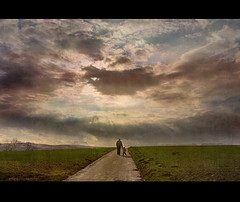 The US economy appears to be near the bottom of its post financial crisis contraction, but the prospects for fundamental future growth will be highly dependent on the growth and expansion of new innovations and new businesses. Current government policy is tilted in exactly the opposite direction of these needed factors as monetary expansion and increased debt issuance are being used to finance spending initiatives that will have little to no impact on the fundamental tenants of innovation and productivity that drive long-term economic growth.

Because of this stalwart insistence on debt-financed spending, it is extremely likely that a significant amount of inflation will materialize from monetary expansion within the next few years. It is difficult to tell whether this phenomenon will fully unfold in 2011, but it is also likely that the current paradox of low interest rates, low inflation, high deficits, high debt, and monetary expansion will continue to persist. The first things likely to budge are interest rates and inflation. Since the government is currently following a policy of easy money to artificially stabilize asset prices, it is most likely that inflation will be the first item to change. As prices increase and the purchasing power of the dollar slides, it will force up interest rates. The speed at which this phenomenon unfolds will determine its full economic impact. A slower adjustment will allow the changes to be partially absorbed, but a rapid adjustment could push the economy back into a recession.

Recommendations
The prospect of future inflation and higher interest rates does not bode well for most forms of business or investment. However, there is a bright sliver of opportunity for investment vehicles that capitalize on fixed-rate debt to leverage income producing tangible assets that will have their nominal value pushed up by inflation.
The most obvious remedy for this problem is income real estate. Since most income producing properties are financed with fixed-rate mortgages, they will provide an excellent hedge against inflation for investors. The rental income will be directly impacted by the expected increases in interest rates as more people are pushed out of the pool of homeowners into the pool of renters. This will have the net effect of strengthening market rents. In addition to all of this, the nominal value of rental property is likely to follow a long-term growth trajectory that mirrors the structural replacement cost. As it becomes more expensive to build new houses, the value of existing houses will increase. This value growth may be partially constrained by increases in interest rates, but the presence of commodity price inflation will generate consistent upward pressure on market values.

The asset classes most susceptible to inflation are fixed-income instruments such as bonds, annuities, CD’s, money market accounts, home equity, and savings. With the current low interest rates, there is still a significant opportunity to invest capital in vehicles that will not have their purchasing power directly eroded by inflation. As government policy generates inflation, it is likely that the purchasing power of assistance payments such as unemployment, social security, and other benefits will erode. Even if the scope of these programs is expanded to accommodate some of the economic fallout from inflationary policies, the real purchasing power of the payments may not provide much help. In the end, the only ‘real’ financial security for most people comes from direct ownership of investment assets. (Top image: Flickr | h.koppdelaney)