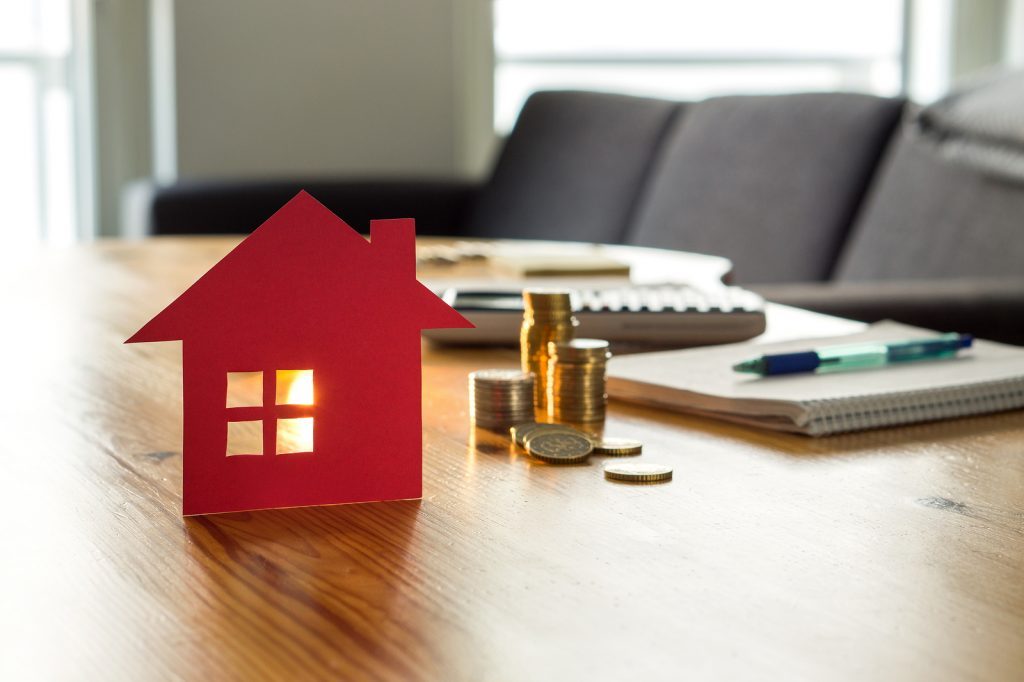 Income property is the most historically proven asset class in the world, and in this episode, Jason Hartman covered different aspects of it that make sense for some investors. He explained buy downs, gave examples and calculations of them, and then compared them to higher down payments so that investors could make more informed decisions about what method would benefit them.

He then played a recording of one of his live speeches covering a property SWOT analysis, SWOT being Strengths, Weaknesses, Opportunities, and Threats. He went over each and how they might apply to investing in real estate.

Property SWOT Analysis: What is a Buy Down?

Hartman begins episode 692 explaining that he is first going to talk about buy downs and then play a clip from a live speech he gave on property SWOT analysis; SWOT meaning Strengths, Weaknesses, Opportunities, and Threats as they apply to income property. He adds that he has covered the strengths many times, so during this episode, he will focus more on weaknesses.

He mentions that buy downs are something investors might want to use when purchasing and financing their income properties or even their own homes. A buy down can be a good deal, but they aren’t always the best option. We like to buy and hold, Hartman says, and we try to do it for 27.5 years so that investors can run the depreciation schedule. On residential properties, the schedule is at 27.5 years, while commercial property is at 39 years. With residential property, investors can get 25% more tax benefit because they can depreciate over a shorter schedule. This provides variation for property SWOT analysis.

A dollar saved today is better than a dollar in the future, thanks to inflation. When people have money tied up in savings, home equity, mutual funds, or even bonds, the money isn’t being put to its best use, and having lazy money isn’t a wise decision when it comes to financial independence.

Hartman explains that a buy down is when as a borrower, an investor has the opportunity to pay more loan points upfront in order to buy down the interest rate. A point is 1% of the loan amount, and buy downs present an option to prepay to a lower interest rate. It’s prepaid interest. If you’re planning to buy and flip a home, your goal is to pay zero points, because you will only pay interest on the loan for a short time.

Hartman reminds listeners that people who flip houses have spending money, and people who buy and hold have real wealth.

If an investor wanted to flip quickly and sell the home in a month, they might be willing to spend 16% in interest with zero points over 10% interest with two points. He gives an example, stating that he just got a quote from a lender because he wanted accurate and up-to-date pricing.

When an investor gets a loan, there is something to consider called par, and today’s rate depending on loan-to-value and credit is 4.875% at par with zero points.

People who do the flips have spending money, and people who buy and hold have real wealth.

Hartman adds that if you took the same loan and bought it down with two points, the mortgage would be $499 per month, saving $30. The time horizon would be about the same as above unless you changed the loan-to-value ratio. For this example, he uses 75%. On the same property SWOT analysis, that would change the loan to $93,750. At par, because you’ve put more money down, an extra 5% or $6,250, you would have a rate of 4.5% which brings the mortgage payment to $475 per month. The disadvantage of this move is less leverage. As an investor, you want leverage and good debt.

Buy Down VS Higher Down Payment

Hartman mentions that according to a theory he heard about, if an investor owes a million dollars today, they’re going to have another million in gains in roughly seven years. Having more debt means more inflation-induced debt-destruction, fewer opportunity costs, and more money freed up. If investors are putting an extra 5% down on the property SWOT analysis mentioned in the example, and do it four more times with four other properties, they may have had enough money to purchase another property. It’s something to think about.

If the interest rate goes down to 4.5%, what would it cost with an 80% loan-to-value ratio to buy that rate down? Is it better to have a higher down payment instead?

This example would cost 1.5 points, and an investor could either choose to pay a higher loan amount and spend $1,500 to have the same interest rate to get the same par with 5% down. An investor can choose to pay in points or higher down payment. The better choice is difficult to analyze and not something Hartman can generally weigh out.

If you take the amount of the buy down, $1,875 and divide it by $27, you’d get 69.4. This number represents the months needed until the break-even point. Taking that number and dividing by 12, it’s 5.78 years. On the lower loan-to-value, the break-even point is longer out.

He explains that paying more points on that deal is less valuable, but he adds that most buy downs he has seen and done in past years were a bit more desirable. The price of buy downs may have gone up.

If an investor is going to keep the property for the number of years needed to break even, consider the buy down. Hartman adds that it’s worth considering, but not always a definite.

Hartman recalls that when he was a child, he learned about inflation from an excellent economics teacher, by the name of Wimpy. He is referring to the Wimpy character from Popeye who taught about inflation, opportunity cost, and the time value of money without realizing it.

During the show, Wimpy would say, “I will gladly pay you Tuesday for a hamburger today.” Wimpy was a bit of a deadbeat character and always wanted to pay later for things he received instantly.

Fragmentation is a Good Thing

In the clip from the live speech, Hartman mentions internal and external threats and opportunities. Opportunities are external and positive, while threats are external and negative. He adds that one great thing about investment property is that it’s so fragmented, which investors should embrace. The fragmentation is something that frustrates a lot of people, as they wish that income properties were simpler, more standardized, and refined.

Hartman states that he is trying to help with that, and at another time, Fernando will talk about a big step they’ve taken toward that end in the world of software. Fragmentation is the opportunity to keep institutional investors out of income property. This will increase returns because these investors are not in our game. 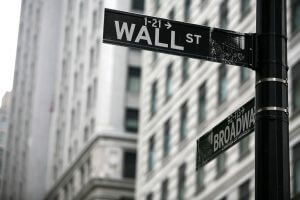 When one of these firms looks at a deal on an office building, apartment complex, or the like, they underwrite the deal. They’ve got a common language and format for discussing deals, and the best investment group for this type of work is Wall Street. They’re the best at having a common language. The companies on Wall Street have the common standard for accounting, which is GAAP. The more refinery, perfection, and standardization there is in an investment, the lower the returns. The more fragmented, the higher the returns.

In the world of residential-style investing, the system is quite imperfect and totally fragmented. There is less fragmentation in the US than there is around the world, though. Hartman recalls meeting a Brazilian man recently who discussed with him how he helps Brazilian investors buy properties in the US.

Hartman states that when it comes to US real estate and world real estate, he has looked at different properties around the world and determined that the US is special. The data in the US is more comprehensive and the concept of MLS is almost unique to the US. Other countries have it, but not the way we do in this country. We have public records and ours are more perfect than the rest of the world. The fragmentation is huge, and it presents a huge opportunity.

He explains that if you happen to own stocks, for example, Apple which is trading at 110, and you call Schwab and tell them that although your stock is at 110, you’d like to see if you can polish it up and get 150, it won’t happen. The stock market is perfected and you’re not going to be able to get any more than what the stock is valued at.

The same can be said for gold and silver, though the system becomes more imperfect when it comes to rare coins as those have art value.

Hartman states that another aspect to consider is, when you’re looking to buy a property, you’re looking at it through the eyes of an investor. He adds that when he got into investing, the first thing he decided he had to do was standardize the data, which the Properties page on the website does.

If you buy like an investor, and later you plan to sell the property, there’s a strong likelihood that you’re going to sell to a homeowner rather than another investor. Homeowners don’t look at properties the way investors do. Their perspective is from an emotional standpoint, keeping their views through the process of elimination, scarcity, and comparison to what else is on the market.

When a potential buyer calls on a property, their only goal is to eliminate it as a possibility and to move on and consider a new one. When they do this, they have this view of the world that’s developed out of scarcity, as fear of loss is more motivating than the possibility of gain.

Hartman explains that when it comes to weaknesses and property SWOT analysis in income property, the hardest part is management. This is where it falls apart for many investors. If you have a great property manager or great tenants, management becomes easier, but it’s difficult. Tenants can abuse your property, and both rent collection and vacancy is another weakness.

The opportunities, however, are quite important. Inflation-induced debt-destruction is one of them as it reduces the real value of a mortgage and increases the nominal value of rent. Real estate as a hedge against inflation is another opportunity. When you leverage properly, it becomes a great hedge, especially when you outsource your debt to a tenant.

Hartman reminds listeners that regression to replacement cost is different than appreciation. If you can buy below the cost of construction, when you look at the pro formas, you can see the cost per square foot. In Orlando, this is about $80 per square foot.

He explains that, at heart, he’s a commodities investor. When commodities are labeled as real estate, it brings out special characteristics. You can’t go out and buy lumber, wire, and other house commodities with a three-decade fixed-rate mortgage. You also can’t outsource them to a tenant.

He mentions that something that might threaten income property is an overall economic collapse. This could change everything. A few years ago, the US had the worst collapse in seven decades. For many reasons, income property is your best hedge over gold or silver. He adds that he would rather own bullets, food, and water than metals.

When it comes to mitigating, spread the risks and diversify. Investors should want to have all of their eggs in the income property basket and follow the law of large numbers. Increase the total doors in your portfolio to create economies of scale and reduce risks. If you’ve got 25 properties and only four are vacant, your risk is lower than if you only had two properties.