Predicting the End of Secret Societies 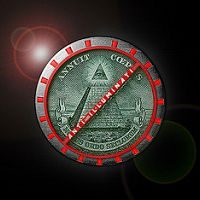 Have we now lived long enough to see the end of secret societies that control the world economy? Karen Hudes, Yale law graduate, 21-year employee in the World Bank Legal Department, and big time whistleblower thinks so. Listen to episode #345 of The Creating Wealth Show as she discusses conspiracy theories, currency, and a future free from long time manipulators with Jason Hartman.

Karen Hudes studied law at Yale Law School and economics at the University of Amsterdam. She worked in the US Export Import Bank of the US from 1980-1985 and in the Legal Department of the World Bank from 1986-2007. She established the Non Governmental Organization Committee of the International Law Section of the American Bar Association and the Committee on Multilateralism and the Accountability of International Organizations of the American Branch of the International Law Association.

In 1999, Karen reported the corrupt take-over of the second largest bank in the Philippines. The Bank’s Country Director in the Philippines reassigned Karen when she asked him to sign a letter warning the Filipino government that the Bank could not disburse its loan. Two days after informing the Board’s Audit Committee of the cover-up, Karen was reprimanded and placed on probation. The Chair of the World Bank’s Audit Committee requested an inquiry into the World Bank’s Institutional Integrity Department. The Senate Committee on Foreign Relations followed up with three letters to the World Bank. The World Bank forged documents and fired Karen for being in contempt of Congress.

Without allowing ourselves to fall too far down the rabbit hole that holds global conspiracy theories, we should touch on the idea that this is exactly what Ms. Hudes is talking about when she recounts her time fighting corruption at the World Bank. There is, in her opinion, a corrupt group so powerful, that presumes to act without impunity, such as in the Philippines when the World Bank made $900 million in fraudulent loans.

Is Hudes talking about the famed Rothschilds? Partially. The syndicate she refers to predates even that group, though, having formed as a pact between the Jesuits and the Vatican back around 1200 A.D. According to Hudes, this conglomerate has been guiding and milking the world economy for 800 years.

Unfortunately for them, this nameless group has been completely neutered, thanks to the efforts of Karen and her compadres. Who are we to say definitively whether this is true or not? Each person will have to make their own decision on that. The bottom line is that, if Hudes has managed to eradicate the ultimate puppet master, she deserves more than a polite round of applause.

Jason asked Ms. Hudes to explain the history and purpose of the World Bank, The International Monetary Fund (IMF), and the Council on Foreign Relations. These three organizations lie at the root of her work. According to Wikipedia, the World Bank is “an international financial institution that provides loans to developing countries for capital programs.” Set up near the tail end of World War 2 at the Bretton Woods Conference, it functions as a cooperative that now has 188 member countries.

The seven largest world economies have their own director on the Board, and the president is always from the United States. So far, so good, but Hudes alleges the hidden agenda of the World Bank and IMF has always been to prevent future wars in a post-World War II world, which doesn’t seem like such a bad idea.

The End of Corruption

One of Hudes’ more astounding claims, and one repeated throughout the interview, is that corruption at the global level has been ended. Jason questions her from different angles on the topic but she clings firm to the belief that the pervasive corruption that has fueled many a global conspiracy is gone. Why hasn’t anyone heard about this? The problem, according to Hudes, is that the corrupt group(s) own all the media so the story has not been addressed. In any event, Karen points out that 70% of the public don’t trust traditional media anyway, thus it doesn’t matter whether or not they cover the story.

And the End of Secretive Economic Control Means…

…what exactly? How will the public be able to determine that secret society control of the world’s economies has, in fact, ended? According to Hudes the key lies in whether or not people correctly interpret this information. Keeping money in local communities rather than sending it away to land in the Vatican’s coffers, after being funneled through secret layered groups like the Council on Foreign Relations, is a critical start.

And what does the future hold? Now that the era of secret society economics is dead, the sky is the limit, says Hudes. One potential problem would be if people lose faith in paper currency and turn to gold hoarding. She also believes the fate of the world depends upon the 2nd Amendment (the right to keep and bear arms). Without that, the table is set for the return of secret society corruption.

For more information about Karen Hudes and her work in fighting global corruption, visit her website at www.kahudes.net . (Image: Flickr | zhousxuan12345678)

RentFax and Other Rental Investment Tools

Obama’s War on Jobs and Growth