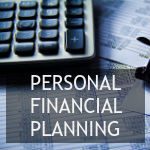 Michael Kitces is not only publisher of the Nerd’s Eye Group blog, but also serves as Director of Research for the Pinnacle Advisory Group, a private wealth management fund with over $1 billion in assets. Both titles have gained him a high level of expertise in personal financial planning. Keep reading to listen to Jason Hartman’s interview of Kitces on episode #335 of The Creating Wealth Show.

So, just what is the fuss about the Nerd’s Eye View (NEV) blog, and why should you care? Kitces explains that the personal financial planning topics he discusses on NEV is targeted primarily at the financial advisor audience but also those individual investors who take a hands-on approach to their finances. If you fall into either category and haven’t given Kitces a listen, there’s no time like the present.

Personal Financial Planning in the Age of Obama

Though Kitces strives to be as apolitical as possible, there’s no denying the reality that personal financial planning and investing is always on a collision course with the results of legislation our elected officials see fit to pass (or not). The past few years have been especially challenging  for Pinnacle’s long term planning thanks to a series of brinksmanship moves by the Republican controlled Congress and democratic president Barack Obama. You’ve probably heard the terms bandied about in the press: fiscal cliff, sequester, qualitative easing, gridlock. Regardless of your political affiliation, these things make investing for the long term a dicey proposition.

As Kitces says, “Nothing gets done in Washington unless a multi-trillion dollar consequence hangs in the balance. Think of the difficulty of a financial advisor’s lot when the rules for determining taxes aren’t decided by the rulemakers until the last hour of the last day of the year.

Jason and Michael were in agreement on the idea that gridlock is essentially the best we can, as a nation, hope for from our elected officials. Since they rarely (if ever) do anything good, the best result for the general population is for them to do nothing at all.

Kitces explained his belief that the tax code has run in roughly 25-year cycles ever since the invention of the income tax back in 1913. Each quarter of a century sees Congress get its collective underwear in a bind and implement a massive tax code overhaul, stripping away the most onerous regulations with a piece of corrective legislation. Successive Congress’ add more “junk” back in incrementally until it’s time for the next cleansing.

We live in an era of progressive tax codes, which means earning more income puts you into a higher tax bracket. It is intended to increase equality across the spectrum of workers, though the perceived effectiveness seems to depend upon your political persuasion.

The thing to keep in mind is that, with a progressive tax code, it is to your advantage to undertake an income smoothing strategy, spreading it out as equally as possible over multiple years. The goal is to keep yourself in a lower stable tax bracket rather than having a high income year catapult you one or two brackets higher. Stay in the lowest bracket possible for as long as possible.

All About Capital Gains

When it comes to investing, success is often dictated by the selling strategy, and more specifically, how you have to count the capital gain on a particular investment. A quick review. Your good friends in Congress and the IRS deem it income when you take profit from an investment. This is called a capital gains tax. The good news is that capital gains are taxed at a lower rate than earned income, ostensibly to encourage people to invest. The bad news is that it is still a tax and can take a sizable bite out of your profit without proper planning.

Capital gains are broken down into four brackets (0%, 15%, 18.8%, and 23.8%). The last two include the Medicare tax. How do you know what bracket you’ll be in? It depends upon your earned income tax bracket. If you fall into the 10% or 15% income bracket, your capital gains tax will be zero percent! As you earn more you pay more in capital gains, all the way up to 23.8%, which is the chunk we were talking about. That’s nearly a quarter of your profit. This is why it pays to smooth your income over multiple years.

Jason and Michael spend some time talking about the monstrosity known as The Affordable Care Act (Obamacare). Almost everyone in the country has been affected by this attempt at nationalizing healthcare to some degree. We’ve already seen the mess created in the initial rollout. Website crashes, confusion, incompetence as the federal government attempted to guide 25 million people through the new health insurance process.

But what does it mean for investors? Perhaps the most noticeable result of Obamacare is that, for average Americans, it will separate your healthcare decisions from employment decisions, which is a good thing by most peoples’ estimation. Jason relates a little history behind the idea of companies providing healthcare as a benefit. It used to be that income tax rates were so high for some (70% in 1966) that employees preferred receiving benefits in ways that didn’t equate to earned income. It evolved that employers would help foot the bill for healthcare rather than each person simply paying cash at the doctor’s office.

As time passed, this health insurance benefit came to serve as a mechanism that made people stay at jobs they didn’t like because they were afraid to lose the insurance. This came to be known as golden handcuffs.