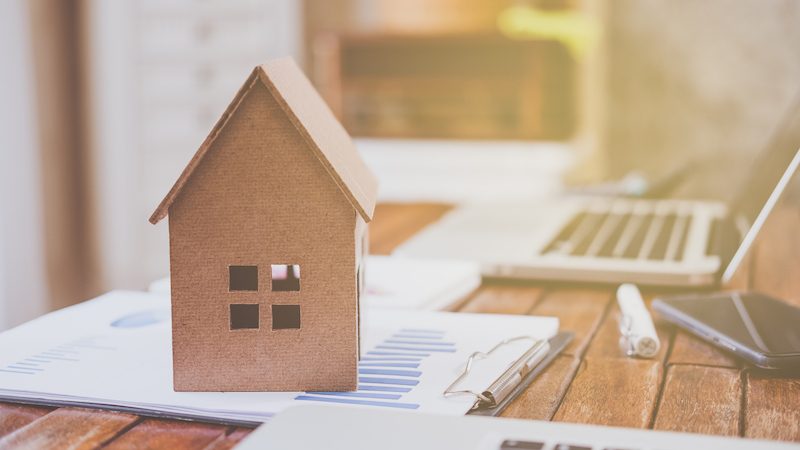 If you’ve considered using your buy and hold properties as short-term property rentals, there may be an issue with the process that you haven’t considered. In this flashback Friday episode of the Creating Wealth podcast, Jason Hartman discussed the potential issues associated with short-term rentals like Airbnb. He invited CPA Brandon Hall to discuss the topic, as well as providing his advice on tax reporting when it comes to short-term property rentals.

The Huge Flaw in Airbnb

Hartman states that he has followed with fascination the short-term property rental trend, made popular by apps like Airbnb. While he knows people claiming to have done well with short-term property rentals, they are not a passive investment like buy and hold properties. They’re rather close to the hotel business, with one huge flaw. Hartman notes that the tax code could be a rude awakening for many people running these sorts of side-businesses. Realistically, short-term rentals are not nearly as tax-favored as one would assume. To support this, he has invited CPA Brandon Hall to discuss the matter.

The Passing of Dr. Wayne Dyer

Before initiating the Airbnb tax discussion, Hartman announces with a heavy heart the passing of Dr. Wayne Dyer. Hartman has followed Dyer’s work since he attended Long Beach City College, when he read Dyer’s book Your Erroneous Zones. Dyer’s work has been a great influence on Hartman’s life. He considers himself very lucky to have discovered such influential mentors. Dennis Wheatley is one of the few mentors left alive today out of Hartman’s four greats: Zig Ziglar, Earl Nightingale, Dennis Wheatley, and Jim Rohn.

Recently, Hartman was asked why all his mentors have been men, and he explains,

“I don’t really know the answer. I guess men just like to get up on stage and talk more than women do. I mean, women do but not as much. If you look at the population of all these gurus and motivational speakers, they’re largely male.”

Hartman mentions that he is actively trying to bring in more female guests to gain some important insights from the female perspective of the financial world. Unfortunately, the world of finance and financial writing is predominantly a male-run field.

Returning to the topic of short-term rentals, Hartman introduces CPA Brandon Hall, owner of Hall CPA. He posted an article recently on the tax impact of Airbnb and short-term property rentals in general. There are sneaky problems associated with short-term rentals and the biggest problem with investors is that passive income often turns into active income with Airbnb, meaning that a 15.3% business tax is added on top of other required taxes. It’s much like running a hotel.

The IRS often looks at these businesses as a Bed and Breakfast-type establishment, and the income is subject to self-employment tax.

Short-term property rentals are often both time and labor intensive. Hall owns a triplex and because of the concern for the value of his time, he has managed to spend only thirty minutes per month managing his properties. Because arranging this sort of management is not often feasible with short-term property rentals, Hall has avoided getting into the Airbnb trend.

Hall has several tips to legally avoid the 15.3% tax while managing short-term rentals like Airbnb rentals.

Short-term rentals often have a higher rate nightly than a long-term rental would, but they aren’t occupied as often. There’s a higher vacancy rate and more involvement in the maintenance of the properties.

For Hall’s clients, some want to be actively involved in their properties and some do not. Some personally perform cleaning activities, repairs, and upgrades on the properties while others hire people to do all the work for them. Either way, it’s costly and labor intensive. There’s a lot of pressure to ensure that the property matches the advertising photos, otherwise tenants may very well leave negative reviews.

Hartman agrees that with his own investors, hiring people to perform routine maintenance is common.

Higher Rates but Time is Not Factored In

With short-term property rentals, even with hiring help, a good deal of attention is paid to the properties. One of Hall’s clients explained that being uninvolved was not a reasonable expectation. He has constant involvement when it comes to his short-term rentals. There are many things to replace and maintain. These upgrades are out of the owner’s pocket. Though there may be higher rates associated with short-term property rentals, the time spent maintaining the properties is not factored into the overall income. 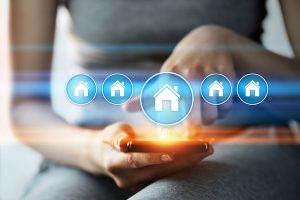 Rates may vary depending on the season. Hartman recalls an associate who created programs that hotels used to match or beat the rates of other hotels for the season. Determining rates this way is a highly-involved process. Short-term property rentals still have to have their rates make sense with the new season in order bring in tenants each year. Maintaining these rentals can be a bit of a wash tax-wise.

The exception to this is if the short-term property has an average rental period of over thirty days. Hall gives an example of this by saying that if an owner is renting out a two-bedroom home and one bedroom is rented for an entire year, there’s only one rental period for that 365 days.

If the second bedroom is rented out every month, there’s twelve rental periods for the year, each at thirty days. This would total thirteen rental periods in total at 720 days rented combined. The average rental period would be 55 days. In this case, the owner would be over the rental threshold and the rentals would not count as short-term. Hall advises not having rental periods less than seven days.

The IRS May Bring on Audits

“I would assume so. That’s kind of the way that I think it’s going to go, especially since Airbnbs have gotten so popular. And short-lease, short-term rentals…We mentioned the Uber stuff earlier, as those sharing apps become more popular, the IRS is definitely going to hammer down on short-term rental stuff.”

Hall also explains that care needs to be taken in reporting. Several of his clients, who have been reporting their short-terms on Schedule E for years have had to amend their tax returns due to their initial incorrect reporting. Misreporting could lead to an audit, and that could result in penalties and fines.

Hartman refers to depreciation as the holy grail of tax benefits, with income property being the most favored asset class in the US. Depreciation has its benefit because it’s a non-cash write-off. To take advantage of depreciation write-offs, however, being classified as a real estate professional is required.

Hall explains that depreciation write-offs still exist with short-term property rentals, being that the owner provides everything in the rental. Anything used to furnish the property can be depreciated or expensed, and with rentals like Airbnb, you’d receive the extra depreciation each month.

Hartman points out that on properties like this, there is a depreciation schedule of five to seven years. The problem with this is that it’s likely that everything in the short-term rental property will need replacing in five years as it is. He uses hotels as an example.

“Maybe it will last you longer, but certainly it’s not going to last you longer and get you top rent. Hotels remodel pretty often if they’re going to expect good room rates.”

With his clients, regardless of whether a property is short-term or buy and hold, Hall likes to look at personal property items to see if there are possible deductions due to the de minimis safe harbor.

This allows the deduction of low-cost property items and components of tangible property, meaning that there can be a deduction of up to $500 per invoice or per item.

“If you have a contractor… you want to have your contractor itemize everything he’s done, especially to get below that $500 threshold.”

This includes furnishing a property, if the items cost less than $500, it can generally be deducted in the current year under the de minimis safe harbor.

Hall explains that qualifying as a real estate professional is difficult. To do so requires 750 hours per year and 500 material participation. This must be solely for rental properties to make them active rather than passive. It’s especially difficult to meet this requirement if there are people hired to manage the property.

Though Hall says that the material participation requirement can more easily be satisfied with 10-20 units, he also knows of a client who satisfied the requirement with only one property. He had a triplex, performed repairs, and managed the units himself. He met the requirement and has not yet been audited for it.

Hartman explains that there is also a benefit to self-managing long distance with modern technology. As an example, he mentioned a client with 70 units. Roughly half of the client’s units were self-managed, and he has said that it’s been easier without the third party.

“Sometimes it’s harder to manage your manager than it is to just go direct,” he says.

Another tactic that Hall uses is segmented depreciation. This breaks the property into asset classes that depreciate at different rates. One class may be personal property, and another may be structural components like walls and floors. Sometimes the structural components would require a feasibility study by an engineer to determine their worth. With personal property, for new items, it’s possible to compare them to their current price. Hall advises looking in the Sears catalog to compare items. For older assets, look up the price on eBay or classifieds.

In discussing cost segregation studies, Hartman mentions how worthwhile it’s been to have one done on one of his larger properties. He states that it’s more than paid for itself, but it was still somewhat expensive. To have it done by a CPA was roughly $12,000 with a good deal of paperwork involved. Studies can be done on smaller properties like single-family properties, though it’s more common with large properties. With small properties, typically the easier items to depreciate are considered. The price range for this usually falls between $500 and $3,000, though it’s more often closer to $500.

Everybody Needs a Home Office

Hall offers one more piece of tax advice in closing. He advises having a home office if at all applicable. There are tax deductions available for this. It’s also ideal to look at your rental properties in November to estimate your income for the year. If it’s possible to buy tools for your business, or make repairs, do so before the end of the year for a deduction during tax season.