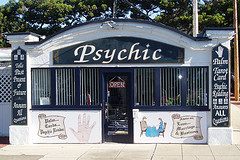 Over the last year, many predictions have been made in regards to the future for housing in the United States. By following a chronology of key predictions, it is possible to gain an insight into general thought regarding the overall housing environment. When analyzing these predictions, it is important to understand that every market is unique. Nonetheless, it is critical to understand the aggregate trends that impact the national economy.

An article in Time magazine pointed out that many housing-market experts believe prices will bottom out in 2010. But it may be 2013 before the market noticeably rebounds. That same article quoted David Goldberg, an analyst with UBS, who said: “Some markets still have further [down] to go, but we’re definitely in the latter innings of the downturn.” -Prediction made in January 2010

This prediction was made early in the year, and was indicative of general sentiment at the time. Most investors and economists were forecasting a robust rebound, based on the assumption that the worst of the financial crisis had already passed. What was not factored into the calculations was a continual string of tepid economic growth, paired with difficult in obtaining financing.

Warren Buffett, one of the most successful investors in the United States, predicted that the real estate slump will be behind us by 2011. In his annual letter to shareholders of Berkshire Hathaway, Buffet wrote that “Within a year or so, residential housing problems should largely be behind us.” -Prediction made in February 2010
Warren Buffett also labored under the belief that the US would resume a growth trajectory by 2011. Many economists referred to this forecast as anticipating a “V-Shaped” recovery where the economy hits bottom and then promptly bounces back up. This instance has been much more of a “U-Shaped” recovery where the economy drags along the bottom and resumes a much more modest growth trajectory during recovery.

Stan Humphries, chief economist at Zillow, believes that most real estate markets in the U.S. will hit bottom in the third quarter of 2010. He also believes that the bottom will be “long and flat,” as opposed to a quick rebound. “Think about it less in terms of a bottom than as second phase of the housing market,” he added. -Prediction made in June 2010

By the middle of 2010, market sentiment had begun to incorporate the reality of our current situation. The images of a quick and robust recovery had long since dissipated, as the seeds of realism began to sprout. Instead of forecasting a recovery in 2010, prognosticators have taken to forecasting a bottom in 2010 that stretches into 2011 and ushers in a slow recovery.

In October 2010, the National Association of Business Economics (NABE) released the results of a survey of economists. Among other things, the survey pointed toward a significant increase in housing starts in 2011. According to the report, home prices have already hit bottom in most of the U.S. But home price increases in 2011 will probably still fall short of inflation. -Prediction made in Oct. 2010

After nearly three years with no construction, the National Association of Business Economics is forecasting an increase in housing starts during 2011. However, the remaining inventory of distressed and foreclosed properties is quite significant, meaning that overall market prices are not expected to increase significantly. It is most likely that new construction will be concentrated in niche markets where the existing inventory does not meet the preference for buyers.

In October 2010, Freddie Mac published an economic forecast that included various housing predictions. Among other things, the company feels that mortgage rates will stay below 5% for the next year or so (until the end of 2011). They are predicting that average rates on 30-year fixed mortgage loans will remain around 4.4 percent through the last quarter of 2010, rise to 4.5 percent during the first quarter of 2011, and inch upward toward 5.0 percent by the end of 2011. -Prediction made in Oct. 2010
Freddie Mac is forecasting relatively low mortgage rates through the end of 2011. This is an implicit admission that current monetary policy is not sustainable, and a reversion to higher rates is inevitable. Another impact of this movement in rates is an incremental decrease in affordability. As mortgage rates slowly creep up, the amount of monthly payment required to float a given home price will increase. This will suppress price growth, especially in markets with high land values.

On October 19, 2010, John Mauldin wrote an interesting post to his blog on Forbes.com. Mr. Mauldin revised an earlier prediction he made about nationwide housing bottoms — and not for the better. “I wrote three years ago that it could be well into 2011 before we get to a bottom,” he said. “That may have been optimistic.” He agrees with Gary Shilling that home prices might fall another 20%, before we find a true bottom. -Prediction made in Oct. 2010

As the year progresses, there has been an increasing frequency of economists adjusting their recovery forecasts to accommodate a more dim reality than the one that had previously been imagined. One of the wild cards that is difficult to truly incorporate into predictions, is the total amount of foreclosure inventory that is being held off the market by banks and financial institutions that do not want to collapse prices. Their strategy is to offer their foreclosure inventory for sale slowly so that it is absorbed into the market gradually. The potential for another price disruption comes from the possibility of monetary tightening by the Federal Reserve in response to inflationary pressures resulting from the last two years of monetary expansion.

On the Wall Street Journal website, Nick Timiraos wrote that many economists are revising their predictions about the housing market. The now-defunct tax credit for first-time home buyers created a temporary burst of activity. This led to predictions for a housing bottom in 2010. But now, says Timiraos, “some economists don’t see a recovery until late next year or early 2012.” -Prediction made in Oct. 2010

This insight from the Wall Street Journal underlies much of the inertia behind past optimism regarding the housing market; specifically that it was based on artificial activity that was spurred by government handouts. None of the ‘green shoots’ that were grasped onto as signs of economic recovery were the result of fundamental changes in productivity or output. They were simply a shift in spending from the government to individuals. A fundamental housing recovery will not occur until there is an increase in the number of people who can pay for their homes.

Nicolas Retsinas, the director of Harvard University’s Joint Center for Housing, recently discussed the future of the housing market on Bloomberg Television. Among other things, Mr. Retsinas said: “I don’t suspect we’re going to see any increases in the mortgage rate in the near future. What I worry about is that when interest rates do finally turn, they may go up quickly.” -Prediction made in Oct. 2010

Interest rates currently stand at historic lows, but are not stimulating significant amounts of activity. Thus, when rates increase it is logical to assume that activity will dip below its current level. This could be especially pronounced if interest rate increases come quickly because of inflationary pressures. Ultimately, the housing recovery will hinge on job growth driving ability to pay for mortgages. Since the job market has been persistently above 9% unemployment with insufficient growth to absorb significant amounts of unemployed people.

Mark Zandi, the often-quoted chief economist from Moody’s Analytics, recently predicted another 8% drop in home prices through the third quarter of 2011. “There’ll be no vicious, self-reinforcing spiral down,” he said. “[But] more home price declines are coming.” If Zandi’s prediction holds true, it will signify a 34% drop in home values from the height of the housing bubble. -Prediction made in Nov. 2010

It has become apparent that the goal posts of a housing market recovery are being continually moved back by many economists. The initial collapse following the financial crisis of 2008 was a self-reinforcing spiral where reductions in value led to forced deleveraging, which further depressed values. That spiral has been arrested, but the persistent problem is one of market fundamentals. In the current environment there are simply not enough people who can afford to carry a mortgage for housing demand to increase significantly relative to the supply of homes for sale. When the inventory queue finally clears, it is likely that we will see modest price appreciation as buyers begin to bid for inventory (Top image: Flickr | Tom Hilton).